When we talk about clothing being “painted-on,” we usually don’t mean it literally. But during the Coperni fashion show at Paris Fashion Week 2022, audience members got to see what the process of painting on a dress actually looks like. Model Bella Hadid walked onto the runway wearing nothing more than a white thong and a pair of shoes, and stood in place as two technicians spray-painted a Fabrican dress directly onto her body. 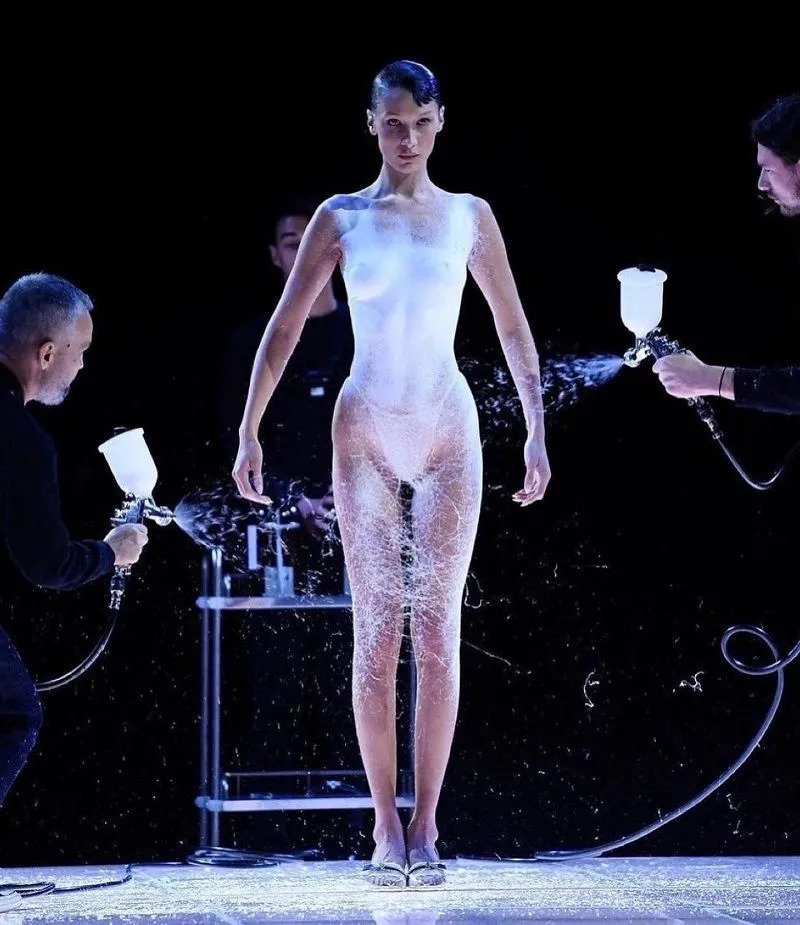 Hadid first covered her chest and then raised her arms as the viscous white paint streamed out of the spraying devices and onto her torso. At first, it looked like ordinary paint, but then something curious started to happen: it took on a shape of its own, stretching across the front and back of her thighs.

It took about 15 minutes to finish spray-painting the dress, and then a woman came out and cut a slit along one leg, pulling down the sleeves to create an off-the-shoulder look. As Hadid made her way back down the runway, the dress fluttered and flowed, somehow a fully fledged and very wearable garment perfectly custom-fitted to her proportions.

The material, Fabrican, was invented by designer and technologist Dr. Manel Torres. Unsurprisingly, his inspiration first came from silly string. “I thought I could create a mist,” Torres explained in a 2013 TED Talk. “That was the eureka moment.” He approached the Imperial College in London to find a way to bring this idea to life, and they provided a lab and materials for his experiments. 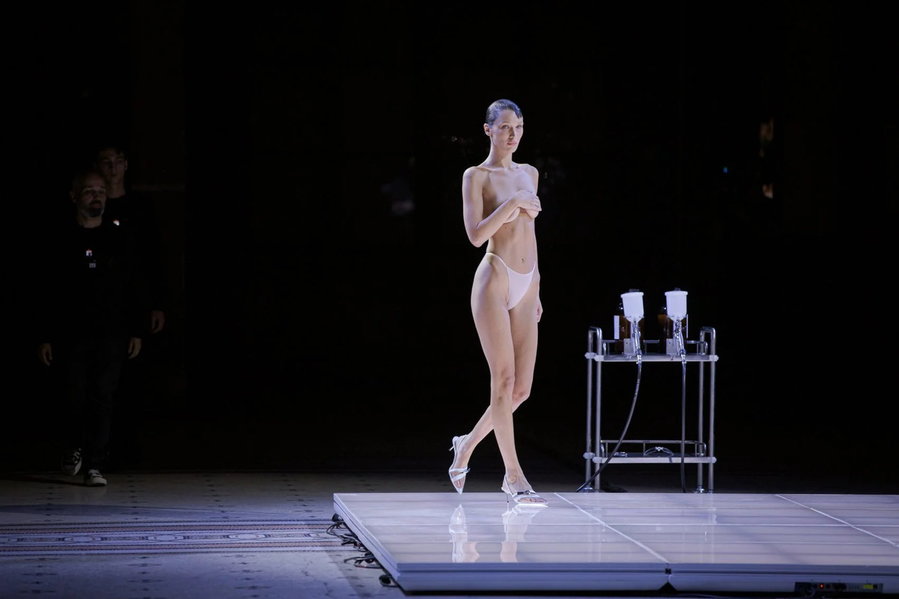 Fabrican was the result of two years of trial and error. Though it’s sprayable, Fabrican isn’t really paint. It’s a liquid fiber bound together with stretchy polymers. Solvents in the mix evaporate when they hit the model’s body, leaving only the fibers and polymers behind.

Coperni designers Sébastien Meyer and Arnaud Vaillan took Torres’ invention and created their own design with it, the dress Hadid modeled on the runway. The type and material of fibers used in the mix change the texture and flow of the resulting fabric. In this case, the dress felt like suede and moved like a second skin. 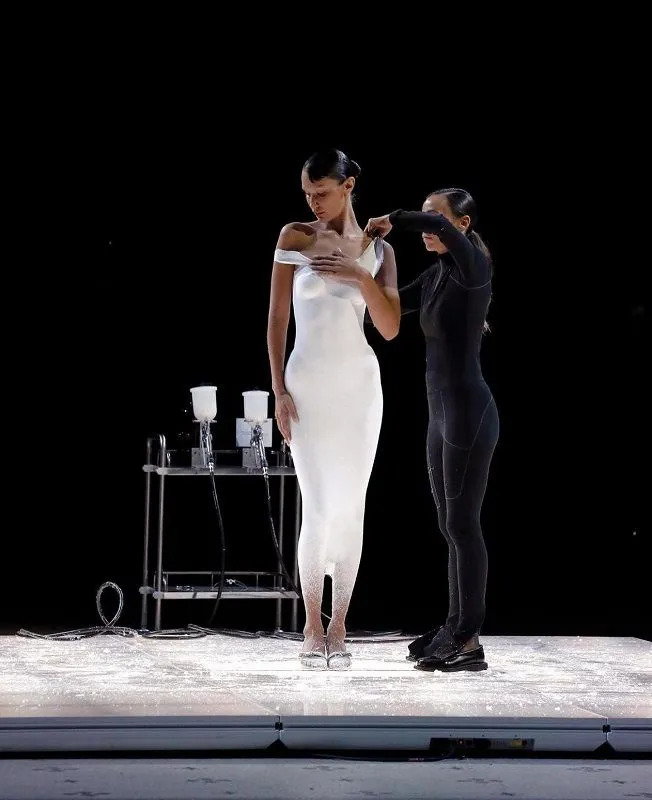 The designers imagine users choosing their own unique combinations to get the results they want, spraying on t-shirts or sportswear on demand. They could even add fragrances or conducive materials that interact with tiny computers to create wearable technology. When you’re done wearing it, you simply peel it off and put it on a hanger like you would any other garment.

“Fashion designers need new materials and fabrics to create products to address evolving lifestyles and consumer demands,” read the Coperni show notes. “In the 21st century we should make it the first time that science and design really march together in close step, illustrating in this way their interdependence.” 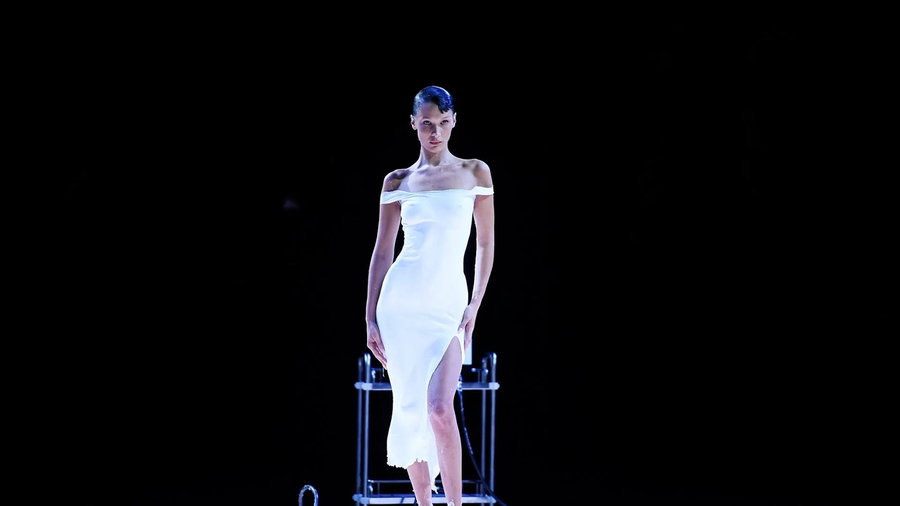 The Coperni show was a fittingly dramatic way to introduce this new kind of fashion technology. Fashion lovers may recall the 1995 Alexander McQueen show, in which robots spray-painted a design onto model Shalom Harlow’s white dress, but that was just paint. This is revolutionary, and it’ll be interesting to see whether it’s eventually adopted as a new way to create custom-fitted clothing within minutes.