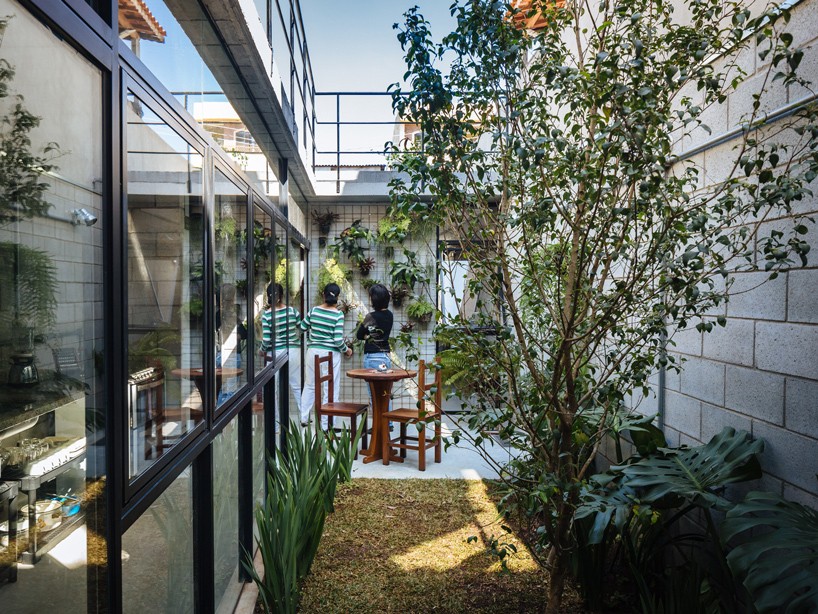 A Brazilian woman’s longtime home on the outskirts of São Paulo was on the verge of collapse, its dilapidated condition threatening the structural integrity of two neighboring structures. Since she already owned the property and didn’t want to move away from family and friends who live nearby, her son commissioned Terra e Tuma architects to find a low-budget solution for a comfortable home that fits the existing space. 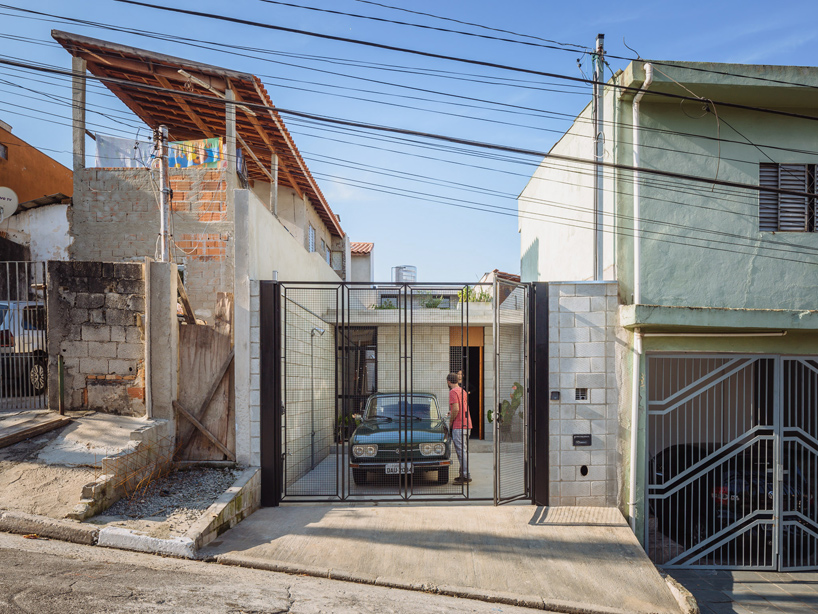 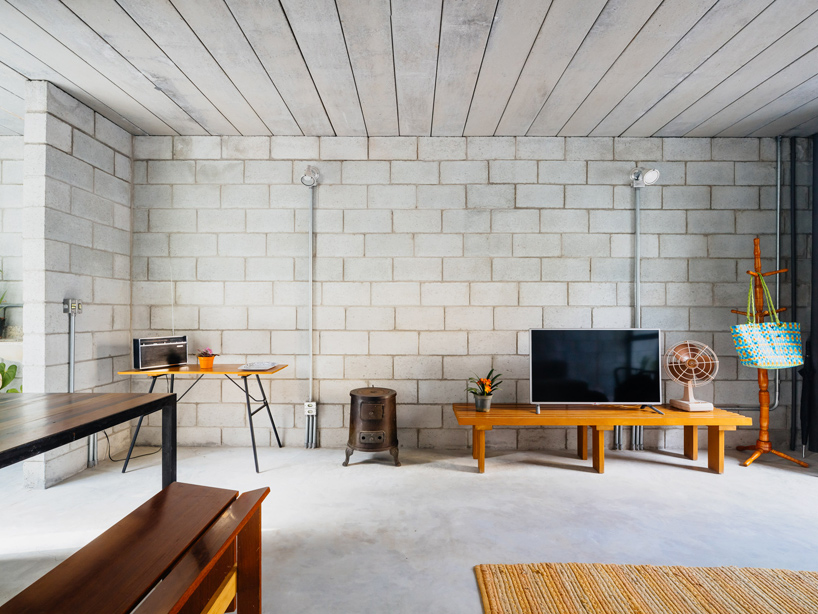 Carefully demolishing the home without affecting the attached buildings was an arduous process, but once that part was completed, constructing a new residence using almost nothing but concrete and cement blocks took only ten months. The new home, named ‘Vila Matilde’ after the neighborhood in which it’s located, is a minimalist space for a sole occupant with few possessions. 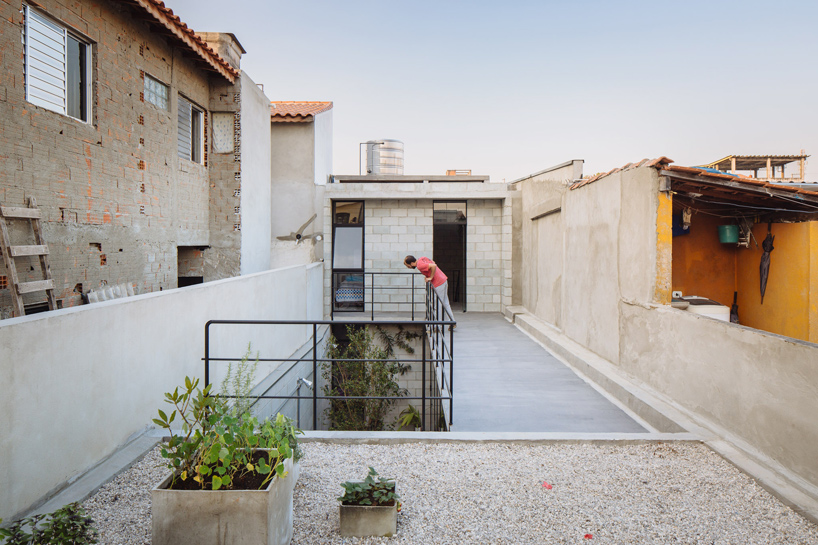 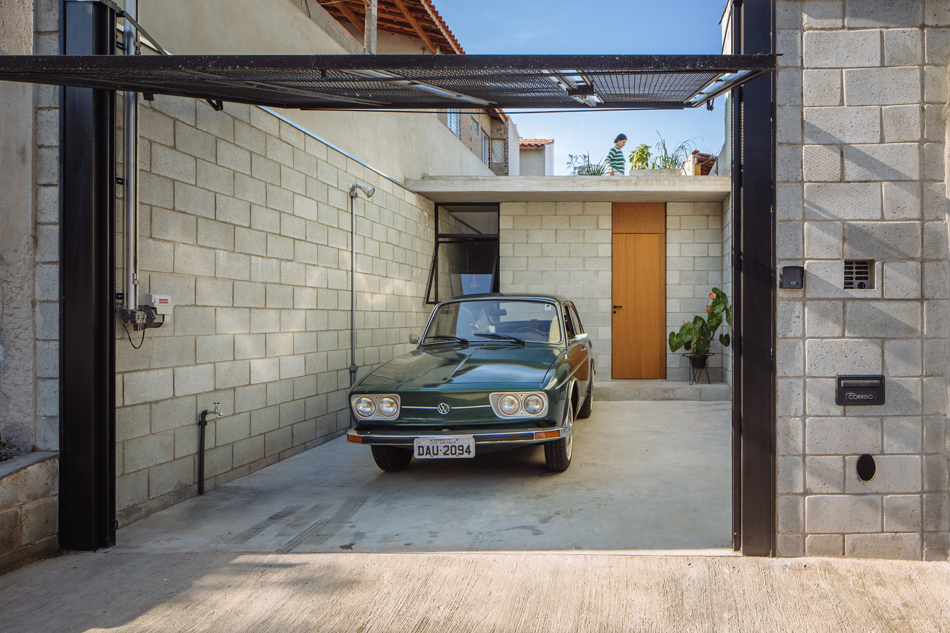 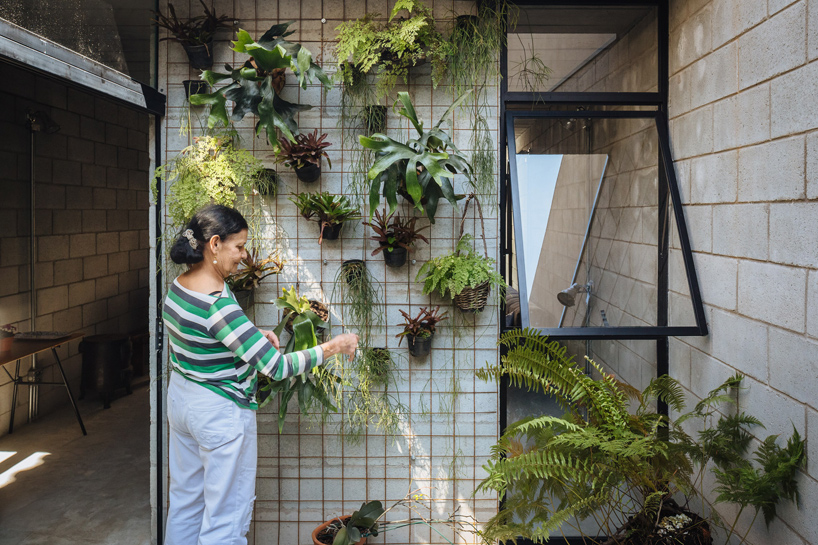 Though the lot is small, the architects managed to fit a one-car parking area, a ground-floor garden and a rooftop terrace into the plan. Generous expanses of glass keep the interior of the home from feeling closed-off and dark, including a wall of windows overlooking the greenery.

A trellis system enables the resident to cover some of the concrete walls within the atrium with additional plants, softening what could otherwise be harsh surfaces and adding visual interest. A small second-floor bedroom looks out onto the city. 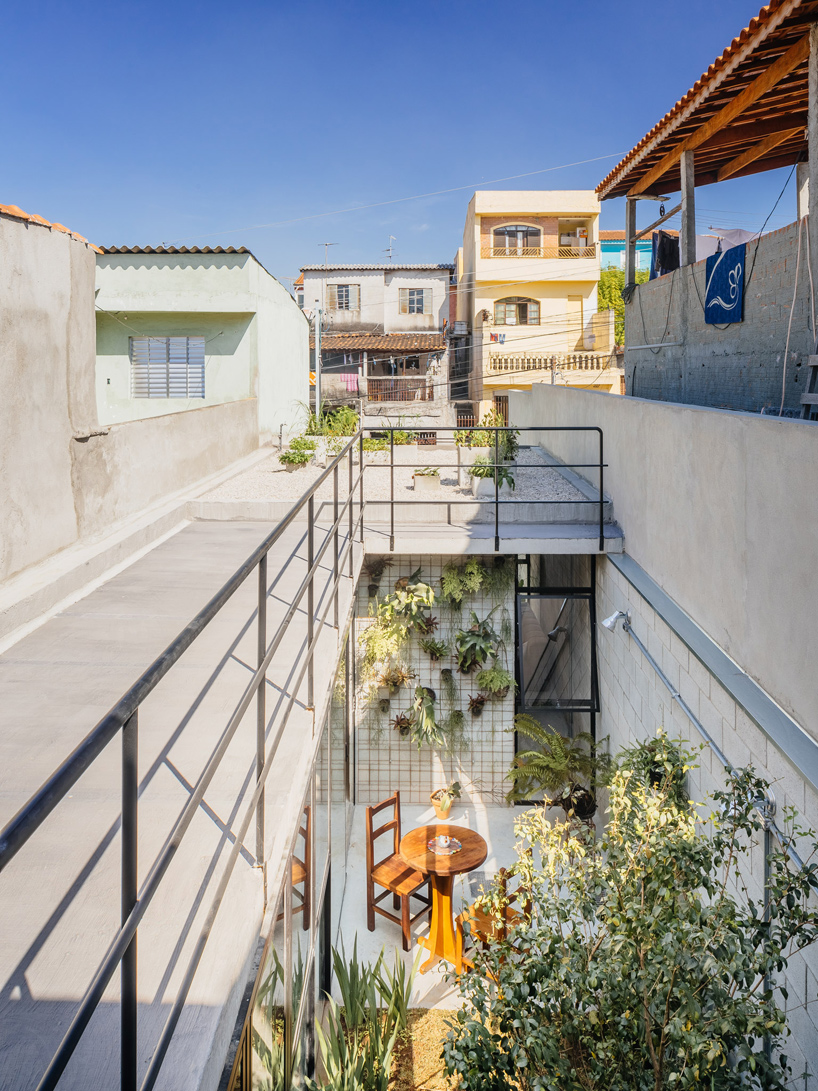 “In 2011, a young man reached out to us about the possibility of designing a house for his mother, a person of few belongings, who lived in a house with severe structural and sanitary problems,” say the architects. “Ms. Dalva has lived for decades in Vila Matilde, an outlying neighbourhood in São Paulo, Brazil. Close to her are cousins, uncles, brothers and friends. The first option would be to sell the house, and with her lifetime savings acquire a small apartment, even further away and most likely without access to an elevator. A troublesome situation, considering her advanced age.”

“Before long, it was glaringly obvious to resist displacement and isolation. To not move away. With this in mind, it was up to us and a network of collaborators to make it work. Once the process commenced, there was no going back and everything had to work until the end. The project’s design and construction work had to be suitable to the family’s constrained finances.”

It looks like Terra e Tuma Architects did a great job of achieving that objective with this low cost concrete house.