The concept of tiny houses on wheels took off in the public imagination about a decade ago, and ever since then we’ve seen virtually every conceivable iteration of a hand-built mobile dwelling. But for all their diversity of sizes, layouts, roof shapes, and materials, few have ever looked quite so strikingly sculptural as this: the Base Cabin by Studio Edwards. 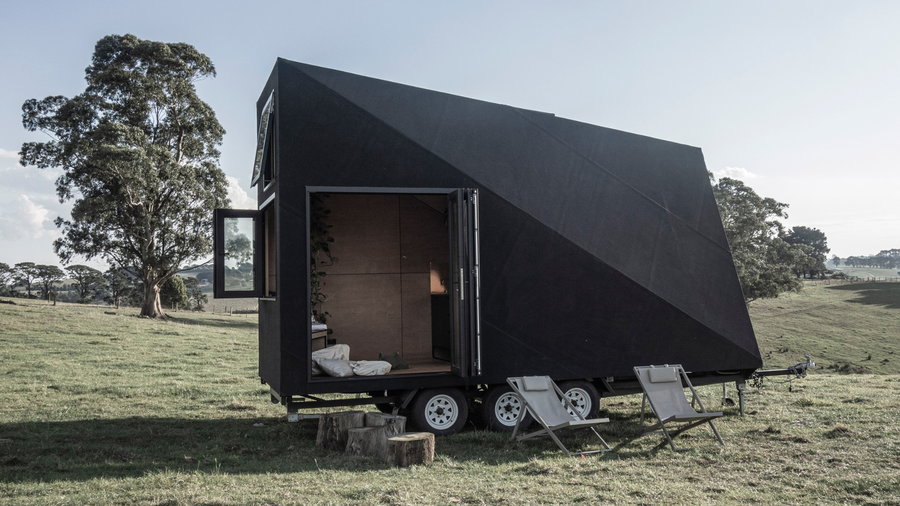 First and foremost, there’s the jagged silhouette with its massive triangular planes, the sharp ridge of the roof smoothly transitioning into the walls on all sides. Its sheer aerodynamic angularity makes it stand out from the crowd. When working with such a small space, most designers choose headroom over visual flair, but with the Base Cabin, it’s hard to deny just how cool the sacrifice of that space can ultimately look.

Then there’s the choice of stark matte black for the entire exterior, punctuated by a handful of well-placed windows and double-width folding glass doors. The black rubber stretched across the cabin’s lightweight steel frame produces an overall effect of abstracted mountains, and it makes the whole structure easy to tow. 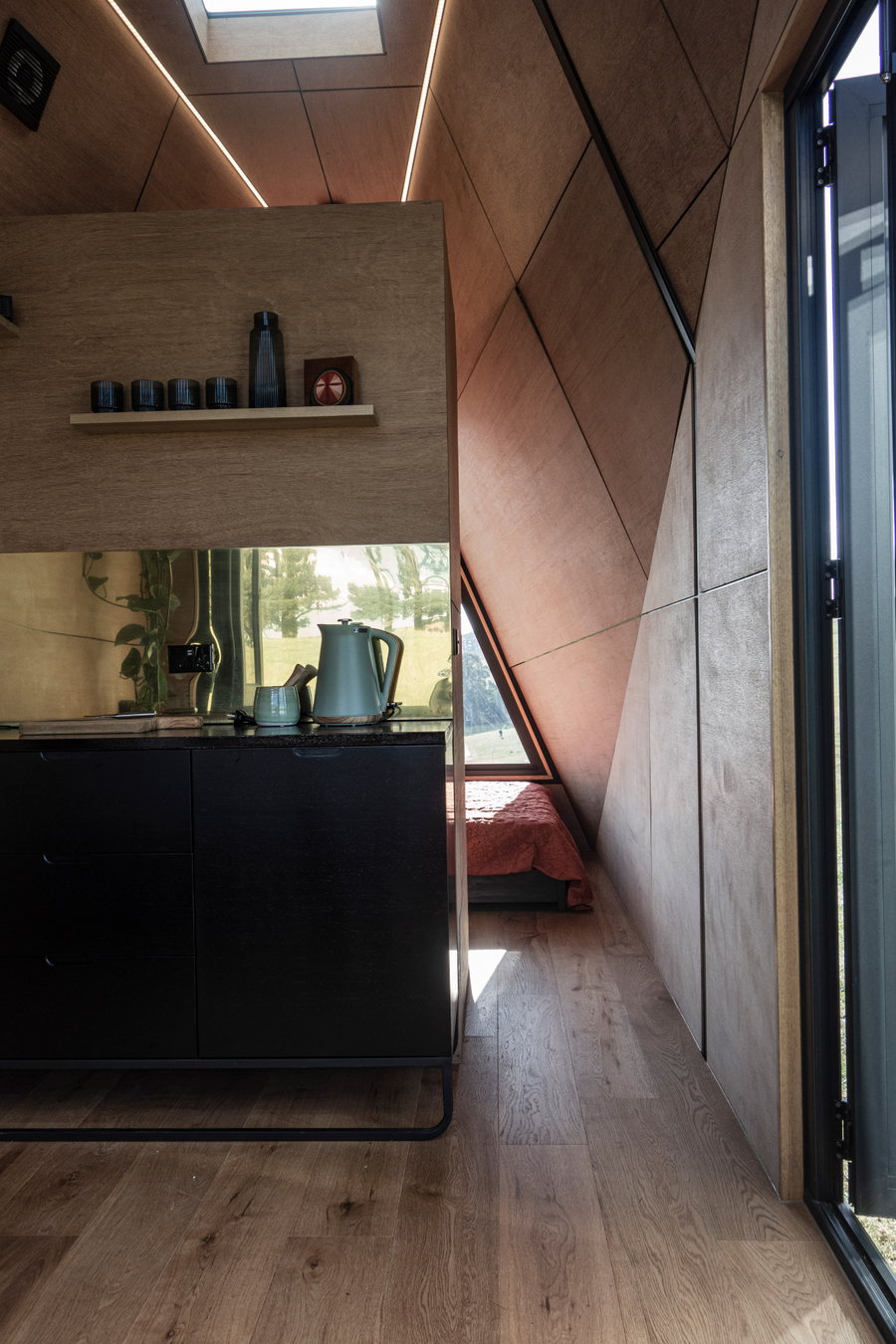 Inside, marine plywood lines the floors and ceiling for a feel that’s clean, modern, and only about a million times more pleasant than the average plastic camper. That’s exactly the point for the Victoria, Australia-based Base Cabin Building Company, who hired Studio Edwards to come up with a “considered, functional, and flexible space that provides a fresh design approach to the micro-home typology.”

As you can see, the resulting product is a camper for lovers of architecture and design — and one that many people would be proud to travel with. The only downside might be all the curious onlookers who will want to ask questions about your highly unusual cargo.

It’s remarkable just how much Melbourne-based British architect Ben Edwards managed to fit within this “cocoon,” including a bathroom and storage space. The built-in window seat with bookshelves underneath is a particularly nice touch, situated beside a rear window that opens completely to the outdoors. Unlike many tiny houses, there’s no loft in the Base Cabin, but its high ceilings negate the claustrophobic feeling that can come with smaller campers. 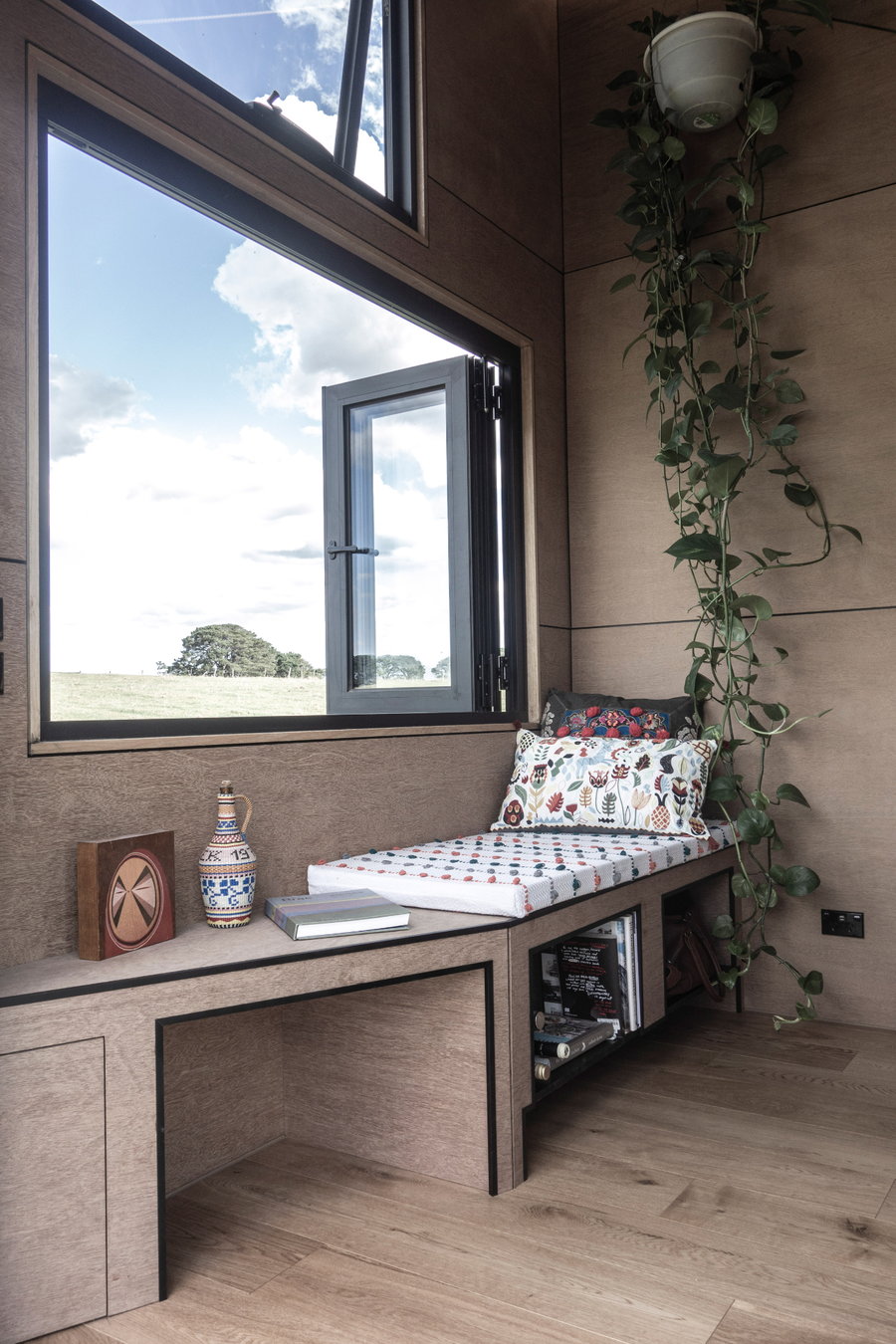 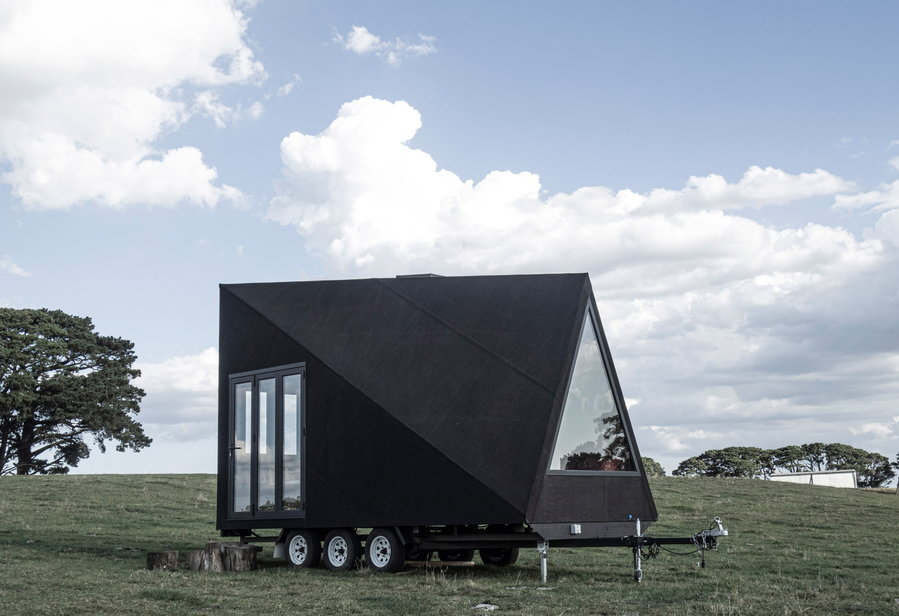 “The design is inspired by the A-Frame cabin and iconic airstream trailer,” says Edwards, adding that “the A-frame is structurally efficient and uses less material than conventional portal framed buildings. [The Base Cabin] is mute in its appearance and clad in black rubber to blend into its surroundings.”

“A cozy sleeping space sits below the A-frame roof, with triangular windows framing views [of the outside world. The cabin comes] complete with a central bathroom and shower bathed in light from the roof-light above. A kitchenette to the rear of the cabin provides kitchen functionality, with a window seat and fold-out table adjacent to a large operable glazed facade.” 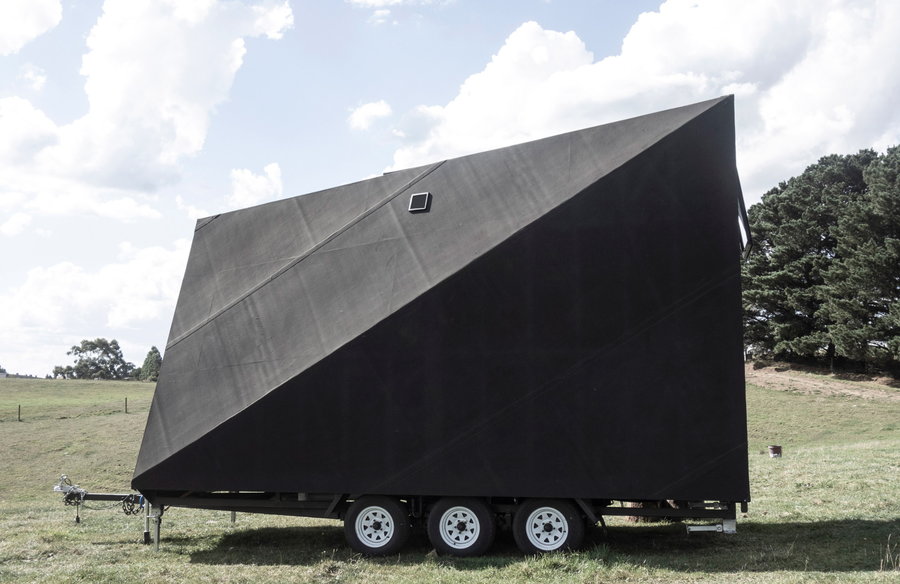 Naturally, sleek modern architecture on wheels also costs a bit more than the average camper. The price of this cabin starts at $99,000 AUS, and only three have been built so far. If you’re intrigued, check out Base Cabin’s website for contact information, or follow the brand on Instagram.