Imagine you are closing on your first condo, a small-but-expensive residence in Brooklyn, when the developer leans forward (so as not to be heard by lawyers on either side) and whispers that there is a secret second bathroom. It is not a joke, but a hidden room behind a thin layer of drywall. 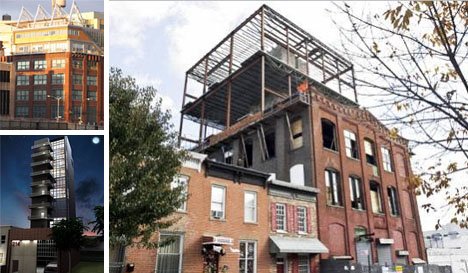 In another case, the concealed space was a DJ booth. But … why? New York architect Robert Scarano has too much public scrutiny to tell you directly himself, but it is a trick to elude the authorities by declaring a floor a mezzanine (thus making it storage space, which is not counted toward total square footage). BldgBlog and the New York Times have been following the story, which just reached a climax with Scarano’s prohibition from practicing in his own home town. 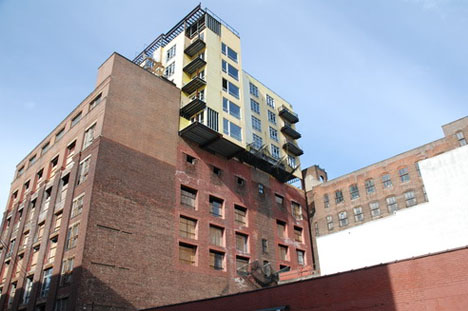 Now banned for bending (or breaking) the rules a few too many times in NYC, Scarano has a mixed reputation to say the least. Some consider him a scourge of the city, erecting buildings through loopholes of density and height through permits, zoning, building codes and air rights trading. Others see him as an artist, pushing the envelope on tact, taste, and style as well as size, and creatively interpreting the rules to circumvent archaic constrictions. Either way, his works are wide-ranging in terms of form and function, yet generally identifiable due to the ways in which they stand out (whether they be single homes, multifamily housing, commercial or institutional in nature). 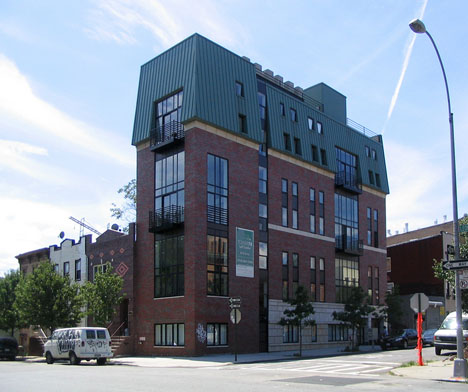 Some of his apartments and condos have huge double-height spaces, and effectively twice the floor area of what is legally laid down via permitting, thanks to special laws concerning mezzanines, lofts, attics, storage and parking spaces. But the city has slowly begun to wise up to his tricks over the years, filing civil suits against his firm and ultimately prohibiting him from filing any paperwork or certifying any building in NYC. He claims he will continue to work with his local clients, however, come what may, so expect more multistory residences masquerading as modest single-floor homes. 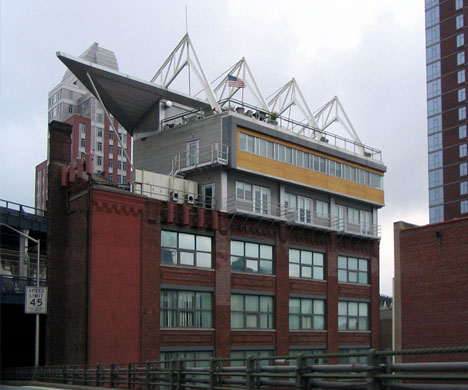 He is not exactly Robin Hood – after all, his clients tend to be quite wealthy – but there is still some sort of subversive anti-establishment ingenuity to the way he works within (and sometimes outside) the system, surprising clients, for instance, with extra rooms they did not know existed until after they had purchased their residence. As BldgBlog points out, there is a way in which he goes beyond just clever architecture, too, transforming language to suit his own ends (basement versus cellar, attic versus mezzanine, etc…) – an almost Derrida-like deconstruction and reconstruction of terms related to the built environment. Of course, owners of lower-height adjacent architecture blocked from the sun might not see things in such a philosophically poetic light. Either way, though, it must be great for those NYC dwellers who get to live in luxury on top of old buildings.