In theory, the world’s first floating hotel should have been a great success. Providing direct access to some of the world’s most spectacular marine attractions, the seven-story, five-star resort initially known as the Barrier Reef Resort had nearly 200 guest rooms, a nightclub, spa and gym facilities, bars and restaurants, a tennis court, and a helipad. It was supposed to be a home base from which to snorkel around in the warm Australian waters, gazing down at an incredible array of sea creatures. But the project was plagued with problems from the start, and today, it’s moored off the coast of North Korea and set for demolition. 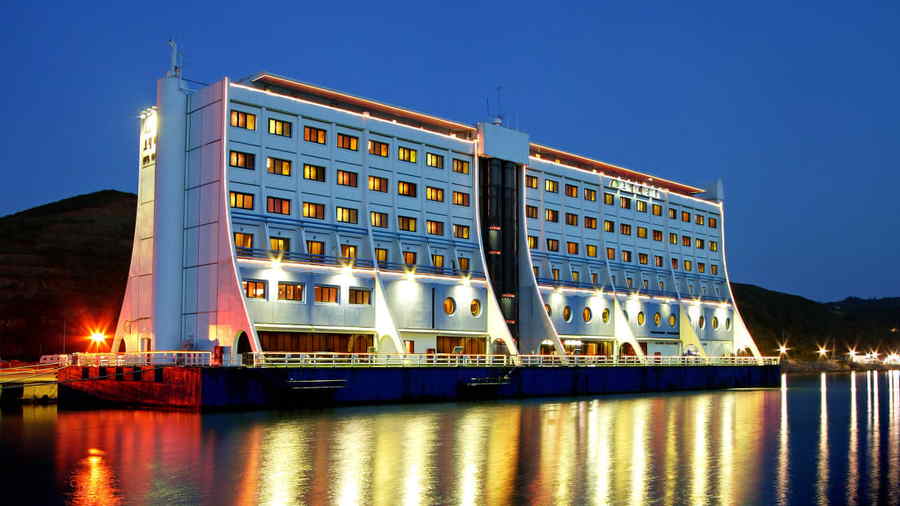 The lifelong dream of Australian developer Doug Tarca and his son Peter, the hotel blew past its budget during construction by a Singapore-based company, ultimately costing in excess of $40 million. Tough environmental regulations required expensive upgrades like non-toxic paint on the hull, on-site sewage and liquid waste treatment, and solid waste incineration. Once the hotel was finally complete, it was towed from Singapore to a prime location off the coast of Townsville, with views of the John Brewer Reef. Before it even had a chance to open, it was struck by a cyclone, which damaged the swimming pool and delayed opening for two months. That meant missing Australia’s prime tourist season, which should have brought a lot of revenue. 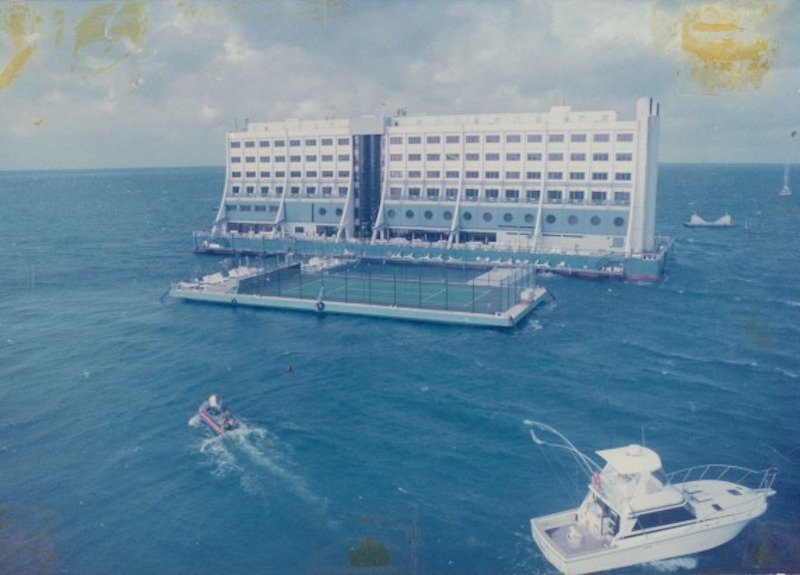 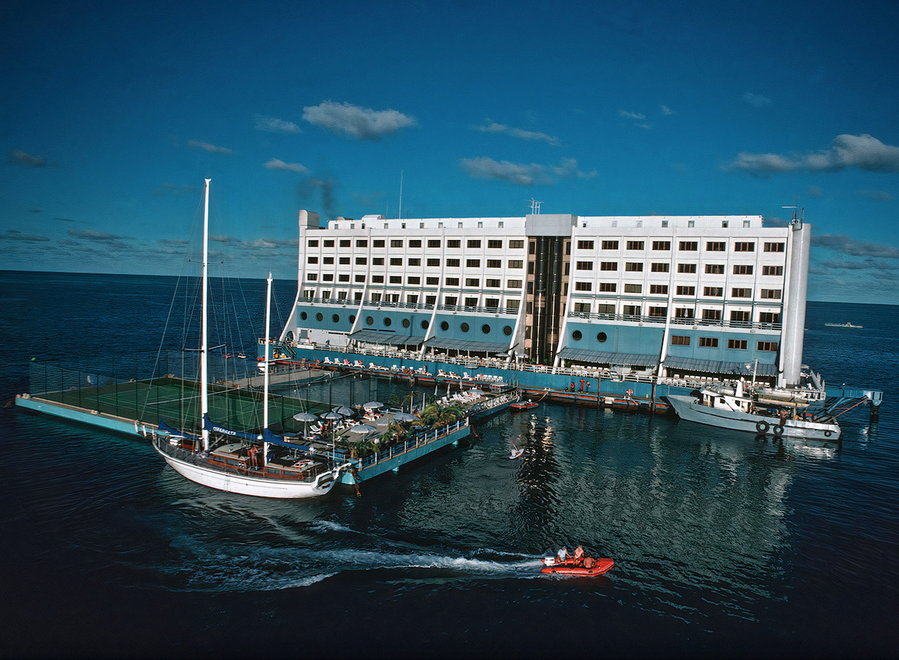 In March 1988, the hotel welcomed its first guests ferried 43 miles from shore in water taxies, but boat after boat of them arrived seasick due to rough waters. Unpredictable weather meant guests might be unable to access the hotel at all, or stranded aboard until conditions calmed. A fire aboard one of the water taxies added to growing marketing headaches. It wasn’t long before the hotel was financially underwater, albeit still physically afloat. 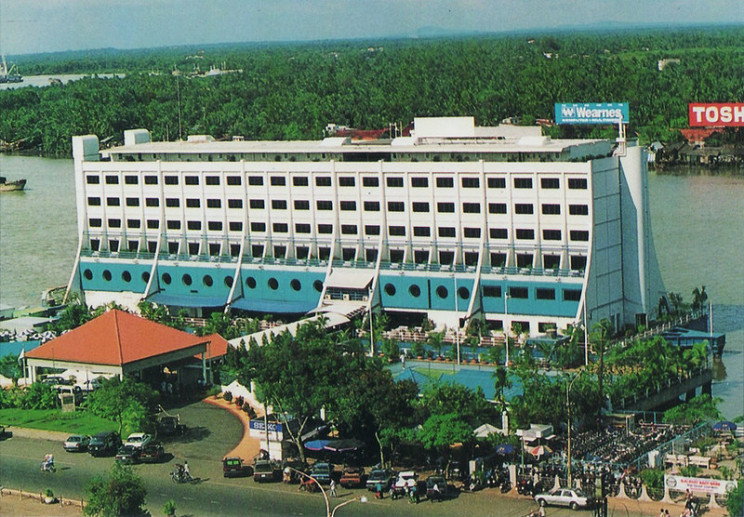 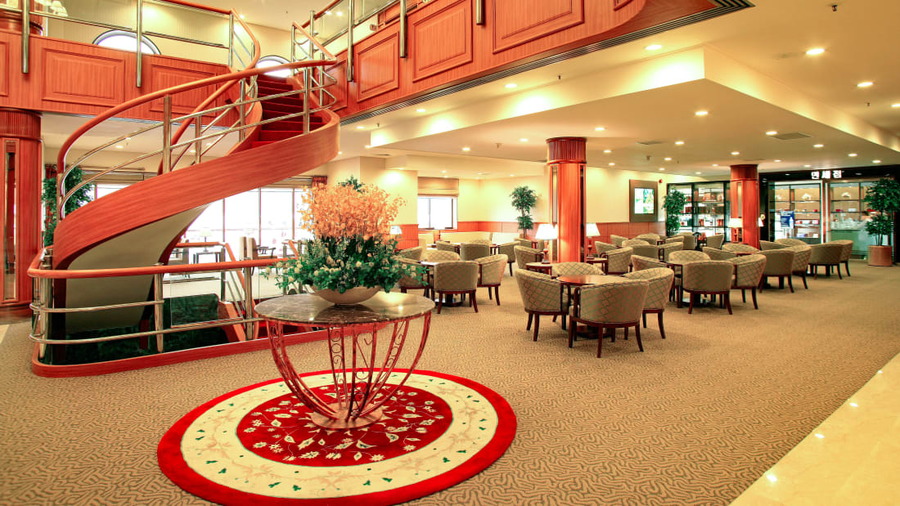 In 1989, the hotel was sold to new owners and relocated 3,100 miles to the Saigon River in Ho Chi Minh City, Vietnam, operating as the Saigon Floating Hotel until 1997. Locals, who flocked to its two nightclubs, called it “The Floater.” Tucked up against the dock beside the famous Tran Hung Dao Statue, it wasn’t exactly living out Tarca’s dream on the open seas, but it did well enough for a while. Eventually, however, it ran into more financial problems. The hotel was sold to yet another buyer, who transferred it to the Mount Kumgang Tourist Region of North Korea, right on the border with South Korea.

Opening in 1998, during a time when hopes were high for reconciliation between the two nations, the floating hotel became known as the Sea Kumgang Hotel, or Hotel Haegumgang. It enjoyed another decade of relative success until July 2008, when a North Korean soldier accidentally shot and killed a South Korean woman after she wandered into the restricted zone between the two Koreas. Tours to the tourist region were suspended, and the hotel languished. It has remained in place ever since. Current photos of the ship’s condition are rare, but it can be glimpsed from above on Google Maps. 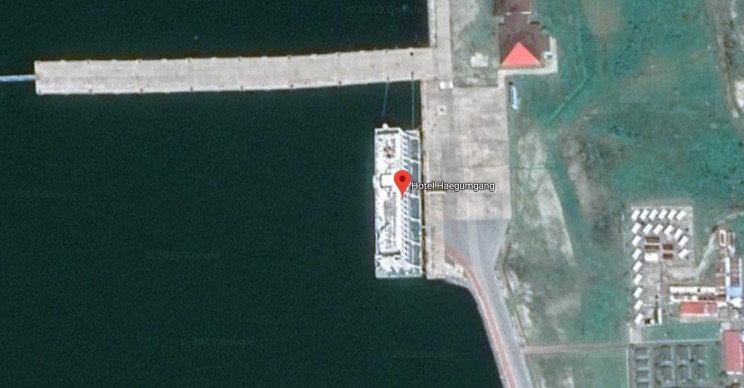 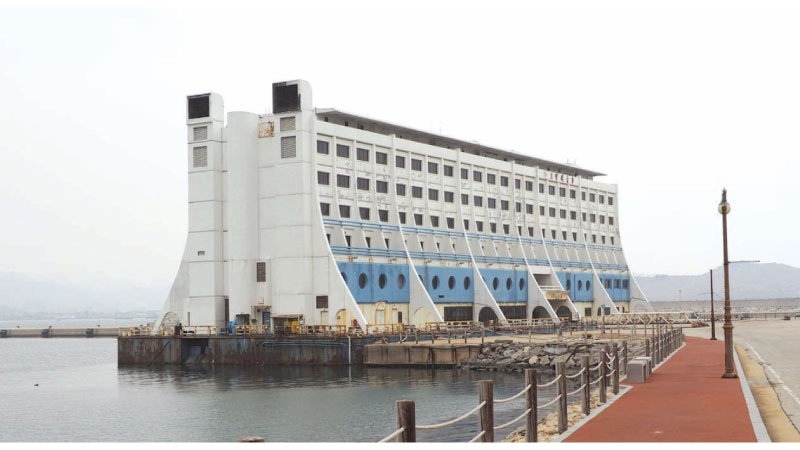 A recent visit from King Jong-Un decided the hotel’s fate. The North Korean leader was said to be disgusted by its “backward” and “shabby” facilities, and ordered it to be demolished, along with many other structures in the area. It’s unclear exactly when that will happen, but one thing’s for sure: it’ll be a sad ending for such a unique attraction.