The Rio de Janeiro-based architecture firm Bernardes Arquitetura is well-known for creating works of architectural splendor that incorporate natural wonders into the design plan, often forming hybrids of manmade and natural materials that blend seamlessly with the surrounding area, despite their grandeur and larger-than-life beauty. 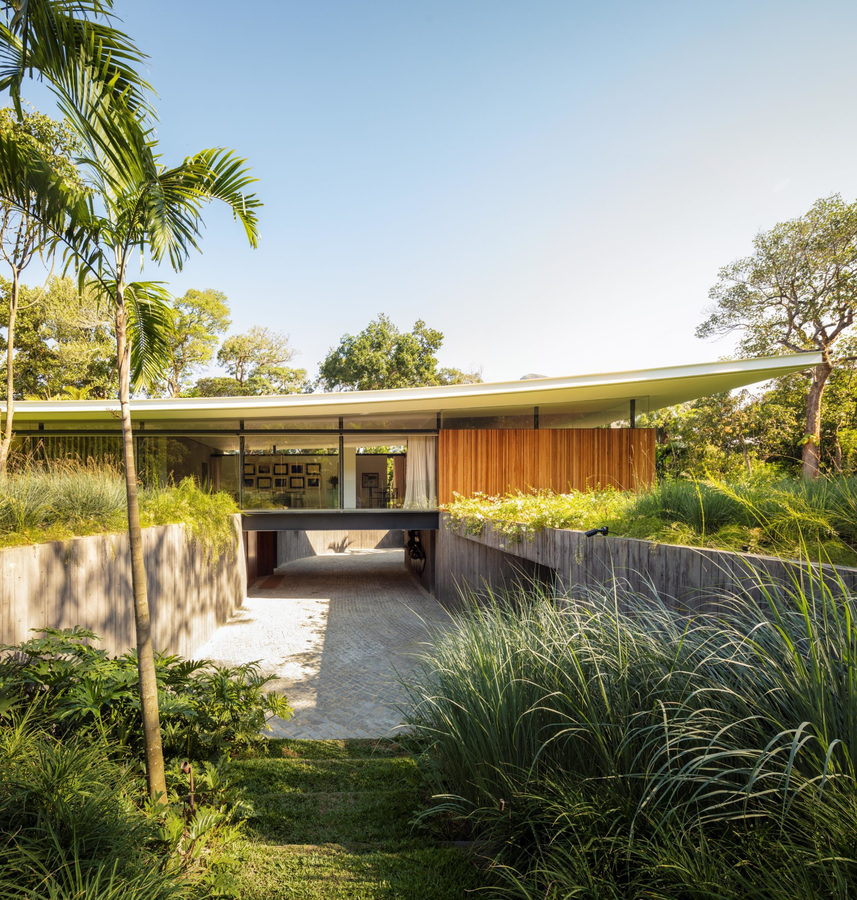 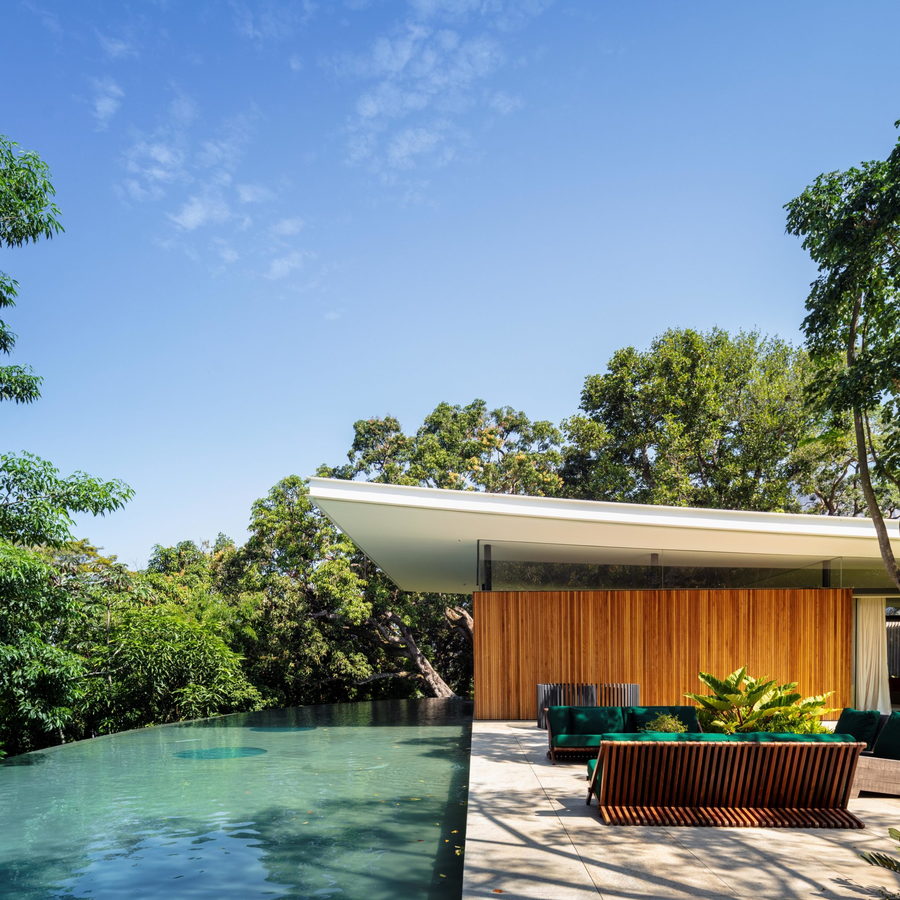 The studio has been based in Rio since 2012, and they create projects all over the world — all with distinctive shapes, angles, features, and effusive touches of natural beauty scattered throughout. Past examples include the Residential Lagoon Corner in South Carolina, and the gorgeous Atlantico Building in Brazil, whose natural materials mirror its tropical, lush surroundings while complementing and enhancing “the vibrations of the [surrounding] boardwalk and beach.”

And this 2018 creation in a long line of stunning wonders is no exception. Located in Rio, the “Asa House” sits atop a hill as if it’s meant to take flight, with its unique, swooping roof curving like a bird’s wing (‘asa’ means ‘wing’ in Portuguese). 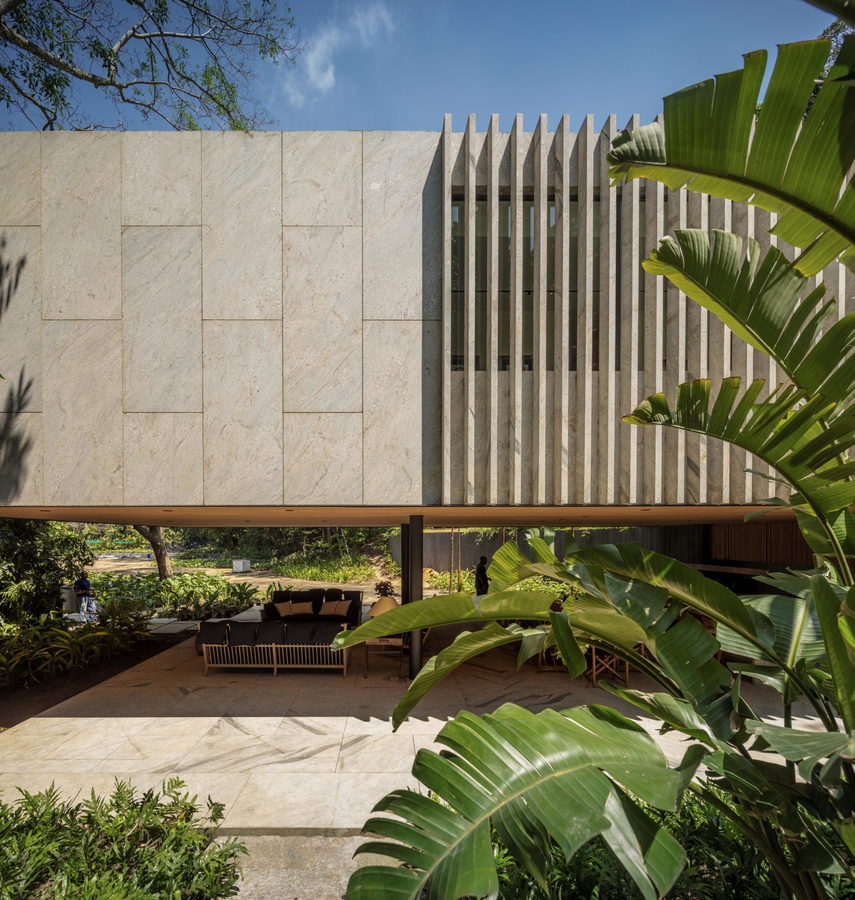 The house’s feeling of impending flight is further accentuated by its exterior design. The lower level is partially submerged, sunken below the main level that offers perfect panoramas of the lush surrounding area. With this design, Bernardes Arquitetura once again has created a signature classic worthy of the firm’s impressive resumé. The team quite accurately describes the project as “[creating] a ‘harmoniously contrasting’ relationship between landscape and architecture…”

The impressive exterior of Asa House seamlessly leads visitors to a dynamic glass-enclosed foyer on the home’s sunken lower level, where they are greeted by a large open space dominated by an angled wooden stairway. The effect is dramatic, as the staircase’s shape perfectly mirrors the open space in the ceiling above, letting in light and creating the illusion of even more space. 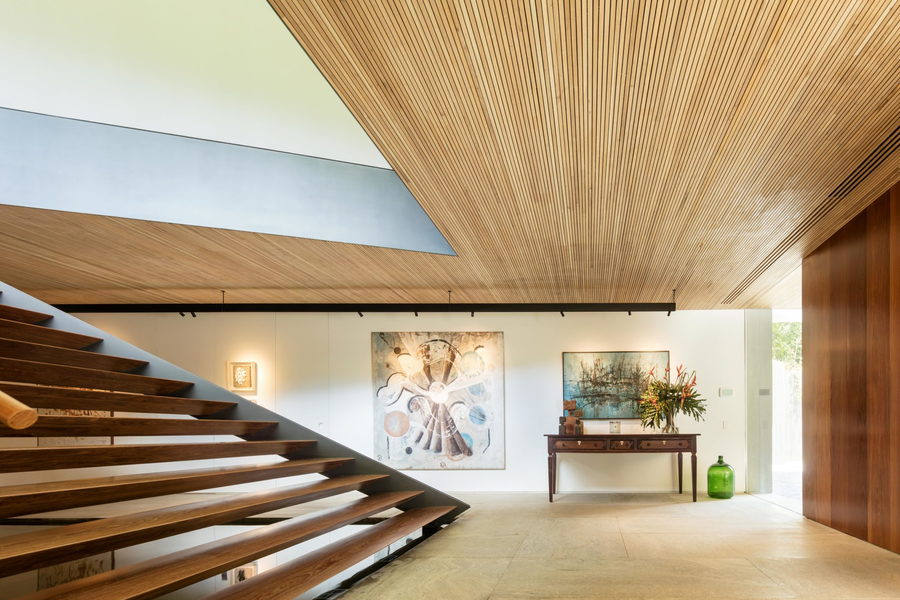 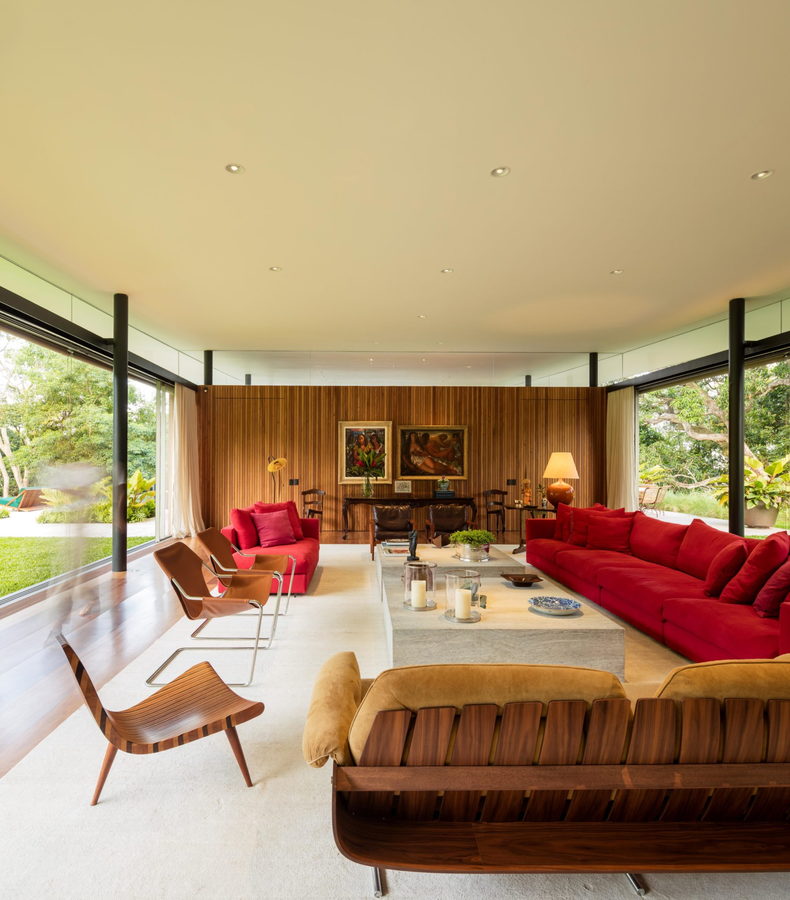 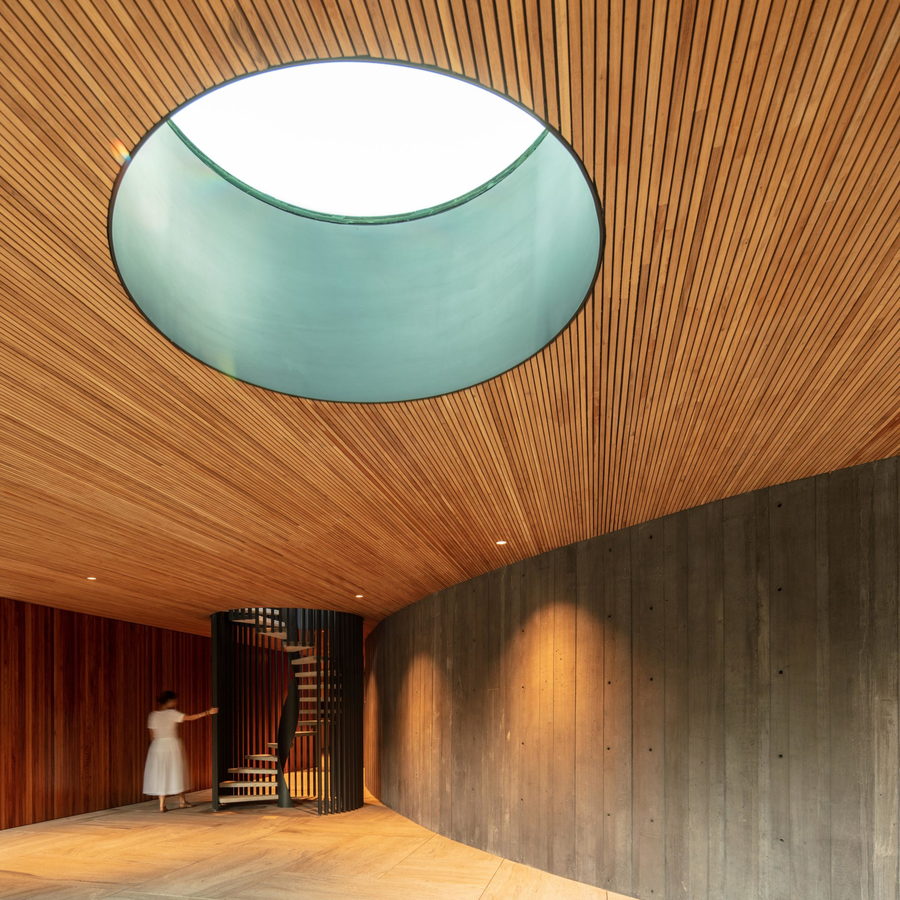 The main areas of the home “[resemble] a pavilion as seen from the garden,” according to Bernardes Arquitetura. That is, because of the home’s lozenge-like exterior shape, singular curved roof, and sunken appearance from afar, it appears almost as if it’s rising out of the surrounding landscape without dominating or overwhelming it.

The interior too was designed and laid out to take full advantage of the home’s verdant surroundings. Some of its most impressive features include large, front-facing glass doors cleverly concealed within the walls until ready to use; an owner’s suite contained within a separate volume of the house, replete with its own unique forest views; and thin, granite slats that cover the windows, offering privacy without detracting from the world outside.

The granite is perfectly complemented by the native Brazilian wood that forms the main volume of the house, all topped with the smooth, winged wonder that is the dynamic curved roof. Visible from inside the living spaces, as well as from the outside, the curvature doubles as “environmental protection to living and dining areas,” according to the designers. 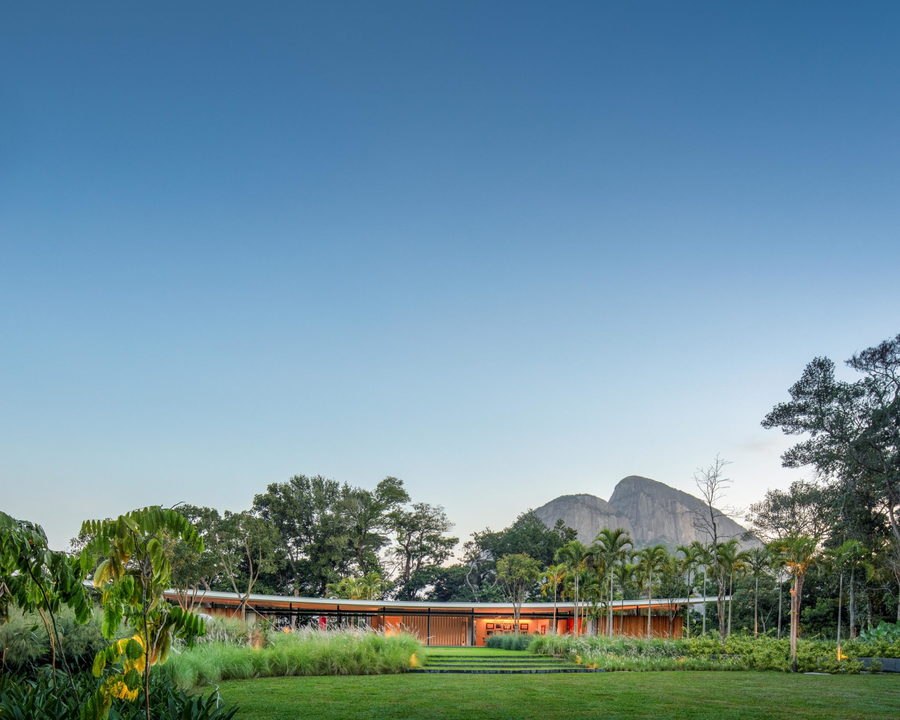 Surrounded by lush gardens filled with native flora artfully designed by Isabel Duprat, herself a well-known Brazilian landscape architect, Asa House is just the latest example of the creative prowess and artful imagination of Brazilian architectural firm Bernardes Arquitetura, who has once again created a “harmonious contrast” between landscape and architecture that sparks the imagination.