Are we approaching a time in which the lines between what’s “real” and what’s “virtual” are almost impossible to parse? Technology may not be there yet, but a lot of advancement could happen in the decades to come. Artificial intelligence, virtual reality, augmented reality, and many, many other innovations are set to radically transform the ways we interact with the world around us. 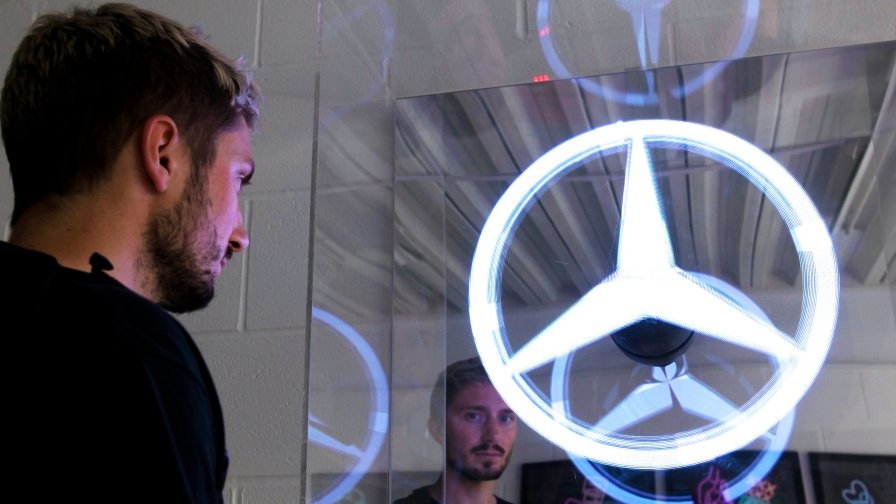 London-based multidisciplinary artist Thomas Webb, who calls himself a “creative hacker,” combines art and technology to help us imagine what this might look like. Working primarily with code, Webb often experiments with LED lights and sensors built into mirrored surfaces, producing fun and disorienting effects.

Webb works with video game engines, custom-written physics applications, and 3D rendering software to create his technology-themed works, with the aim of challenging the barriers between viewers and the devices he uses to display his art.

That’s where the idea of the “digital infinity mirror” comes in. Using high power commercial LED displays and custom-built hardware, the artist produces a digital medium that “shifts in four dimensions as a function of each viewer’s perspective.”

Mercedes-Benz EQ recently invited the artist to collaborate on a “vision for electric mobility” that shows what the future of advertising might look like. “Digital Infinity Mirror” uses the company’s cutting-edge sensor technology for a dazzling installation that offers unique insight into how AI sees us and compares it to the way we see ourselves.

“Webb had the task of helping others envision and understand how the sensor technology and the artificial intelligence prevalent in modern electric cars like the EQC work. Ever the multidisciplinary artist, Webb was up to the challenge. The result was the ‘Digital Infinity Mirror’ art installation, which largely consists of two interactive mirrors and two holograms. With this art installation, Webb presents his vision of electric mobility and his interpretation of modern advertising.”

“After a lot of tinkering and programming, and looking to a young Carl Benz for inspiration, Webb found a way out of the two-dimensional world of programming code through this piece of art. Based on the logic of zeroes and ones, he created interactive mirrors that use sensors to process observers’ movements and artificial intelligence to respond to this data in real time and generate holographic depictions of these observers. You could think of it as an interactive, artistic metaphor for the safety features of the EQC and as his personal interpretation of the Mercedes-Benz EQ brand.” 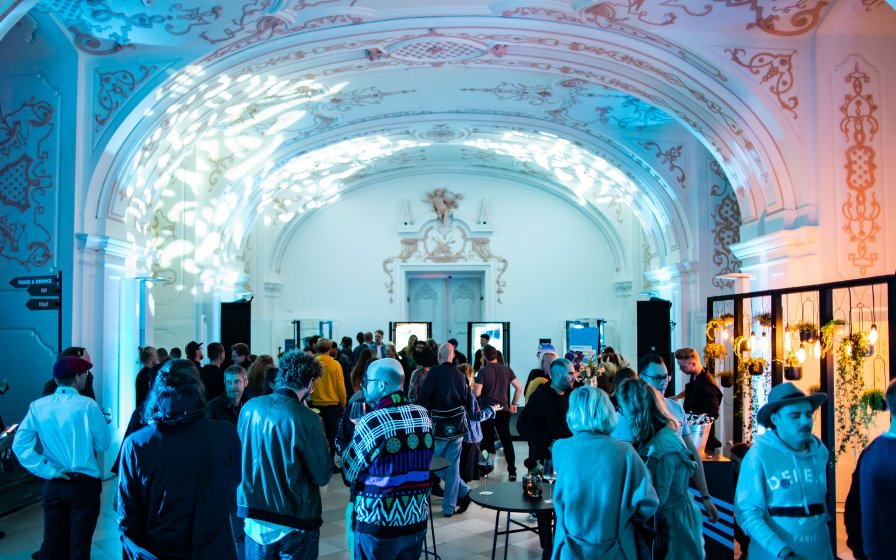 The installation debuted at the cultural, educational, and scientific institute Ars Electronica in Linz, Austria in September 2019. Set against the ornate stylings of a 16th-century gothic monastery, the project is just as visually striking as it is thought-provoking.

“I program perceivably real worlds,” says Webb. “In these virtual dimensions, I can change the laws of physics, manipulate light, and control time. It is a hyper-virtualization of the world we see around us, manipulated by the human constructs that have led to its creation.” 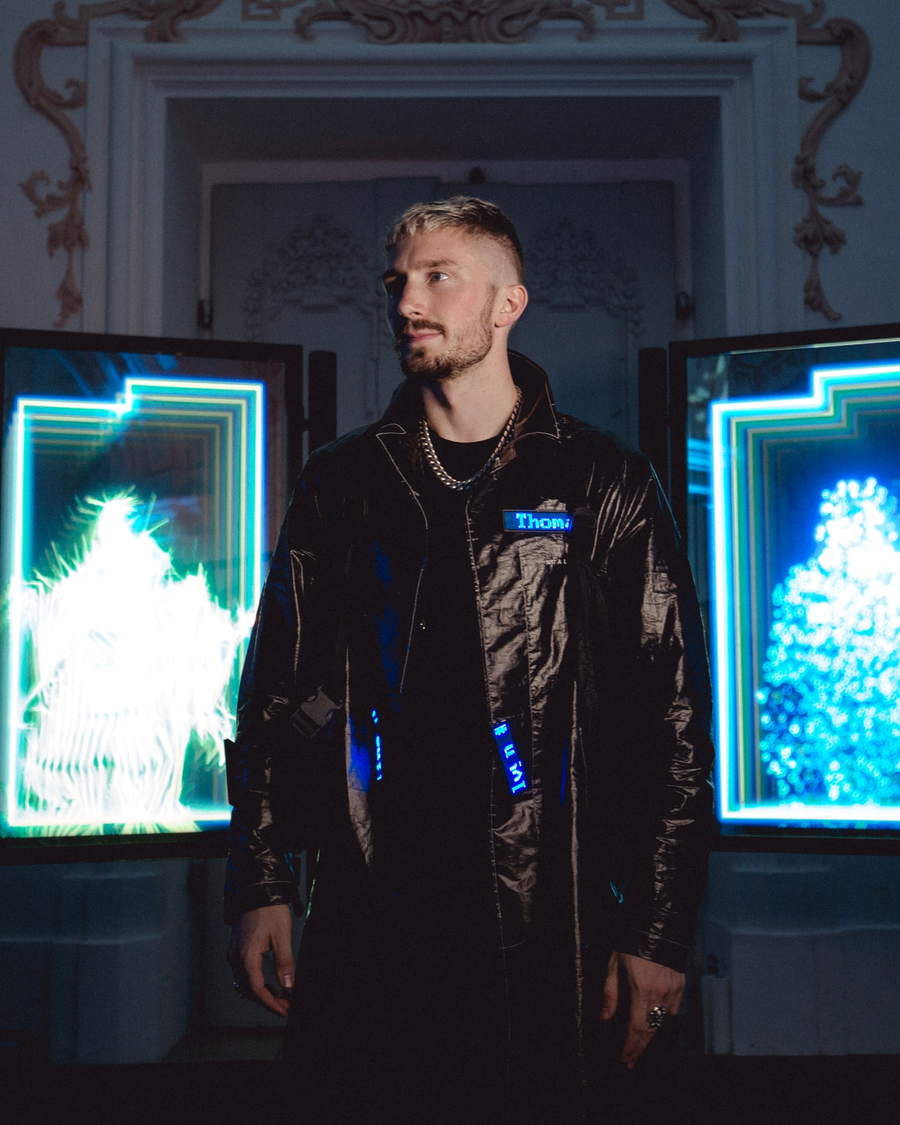 Webb adds that his work “questions the real-life scenarios and consequences created through our newly acquired, daily use of technology… he is often touching on themes of mental health, addiction, big data, and control as a guinea pig of the internet revolution and asking questions about the various implications of its application on modern society.”