Using the magic of computer animation, videographer Yusuke Shigeta has pulled back the curtains of time, giving viewers a glimpse at an ancient Japanese battle scene. 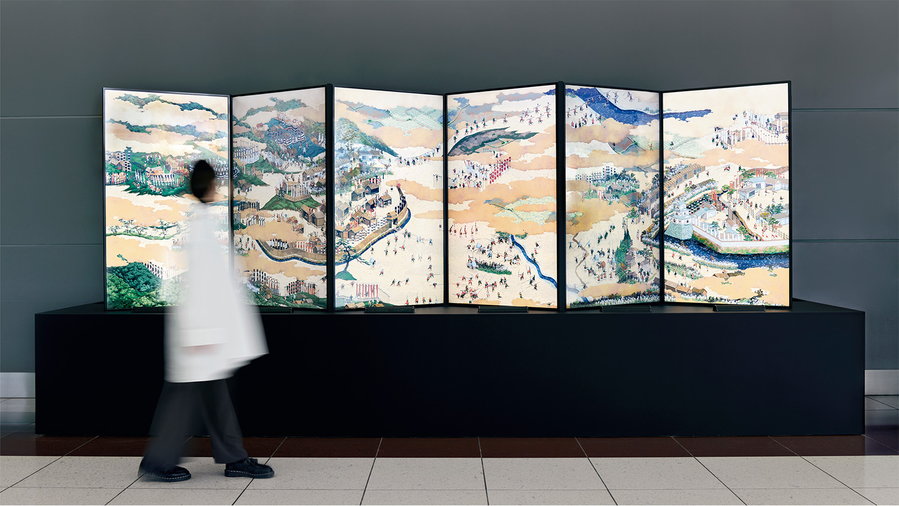 As part of the current “MOTION” exhibit at the Chubu Centrair International Airport, Shigeta was commissioned to showcase the movement of Japan’s honored samurai warriors. He chose to reimagine the famous folding screen painting of the Battle of Sekigahara, transforming its tiny static soldiers into running, jumping piles of kinetic pixels. 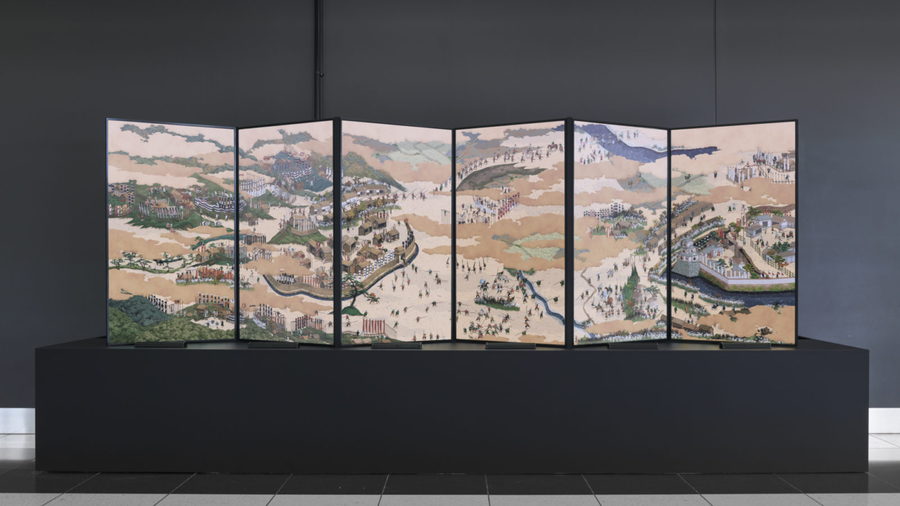 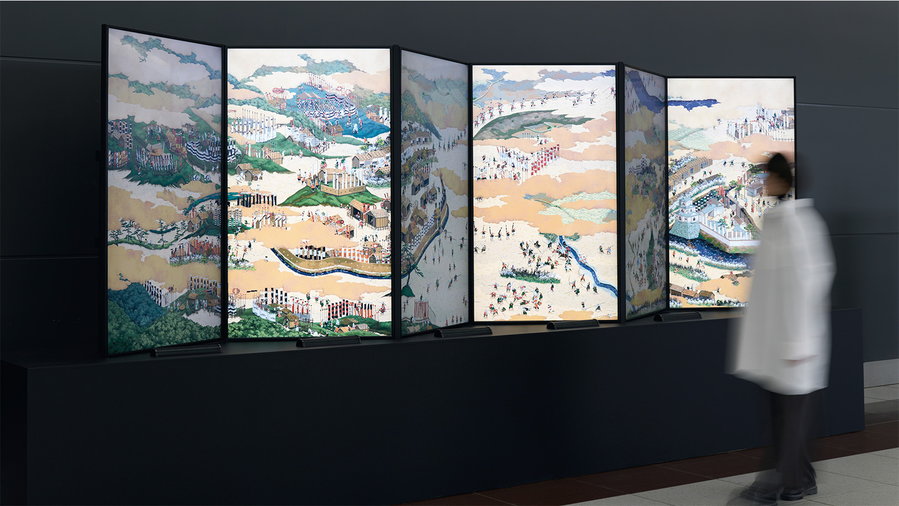 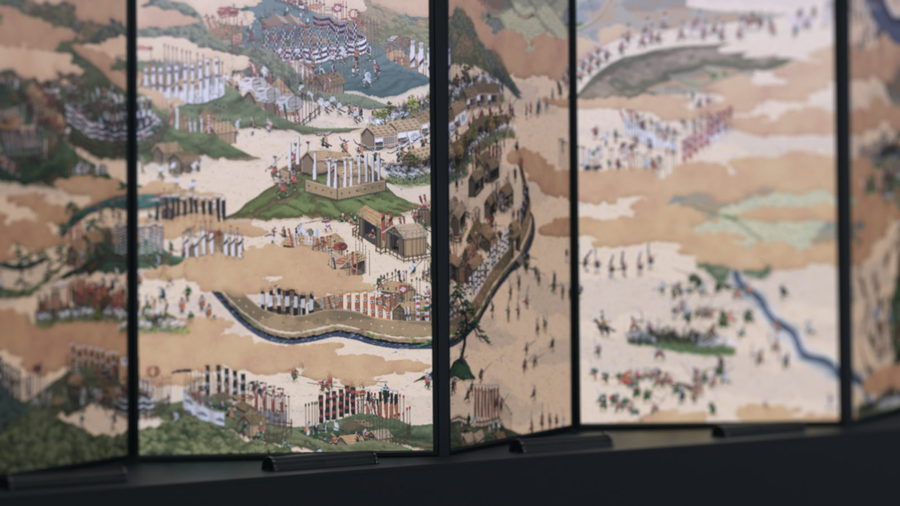 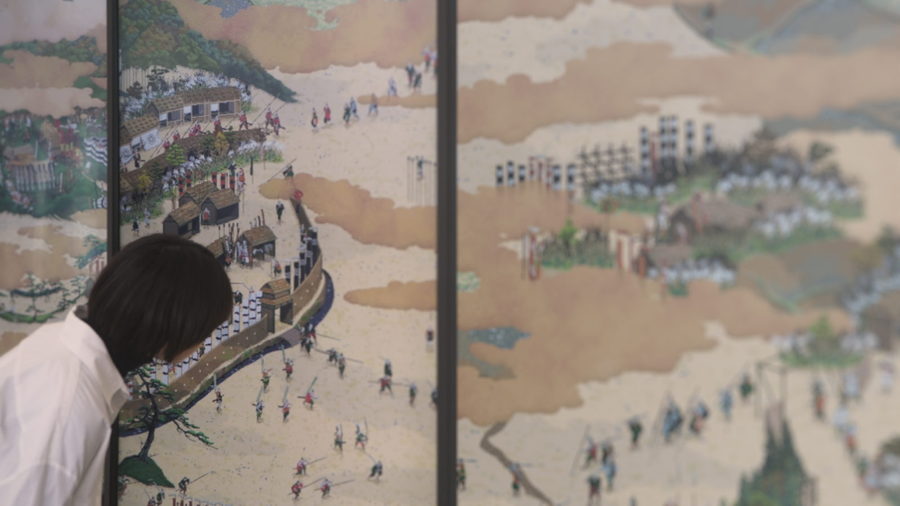 The original screen from the 1620s portrays the battle fought on October 21st, 1600 in the present-day Gifu prefecture, one of the most important in Japanese feudal history. The samurai warriors of Tokugawa Ieyasu squared off against those loyal to the ruling Toyotomi clan. With roughly 140,000 troops between them, Ieyasu’s forces won, paving the way for the Tokugawa shogunate which stayed in power for another 250 years. The Chubu Airport is situated in the homeland of many of those famous samurai, making this piece a natural fit for their exhibit.

For his modern reinvention of the 17th-century multi-panel screen, which he titled “Sekigahara-Sansui-zu-Byobu,” Yusuke decided against focusing on commander Tokugawa Ieyasu, instead opting to “eliminate the individual and depict an ensemble story without a lead character.” Using 3D computer graphics, he pixelated the soldiers but gave them some individual variation in dress and weapons, creating over 500 combinations. 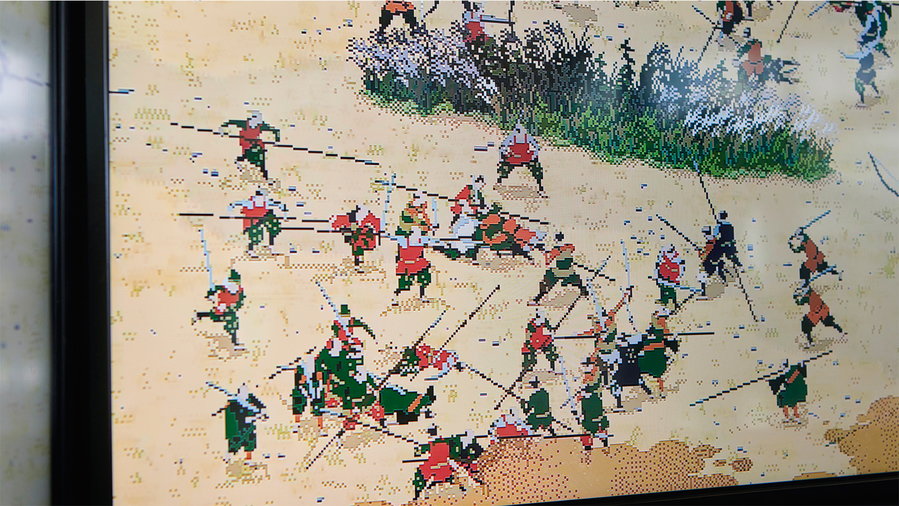 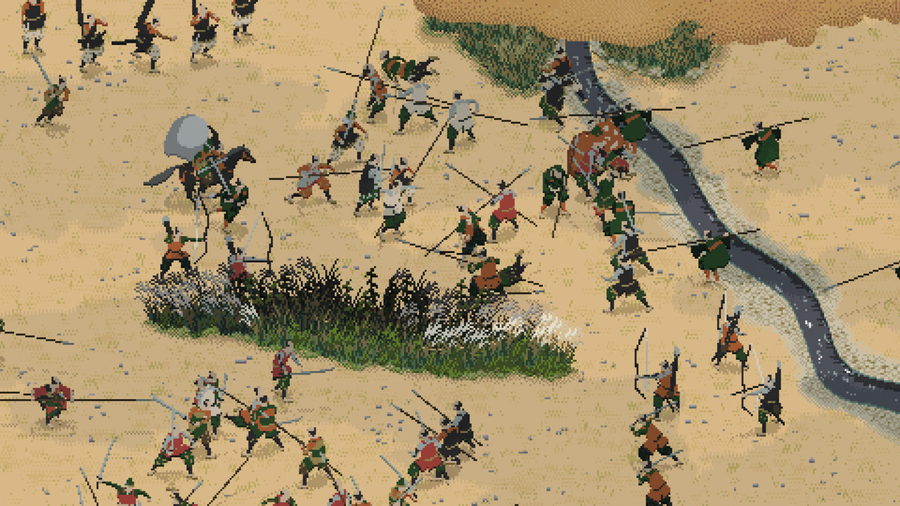 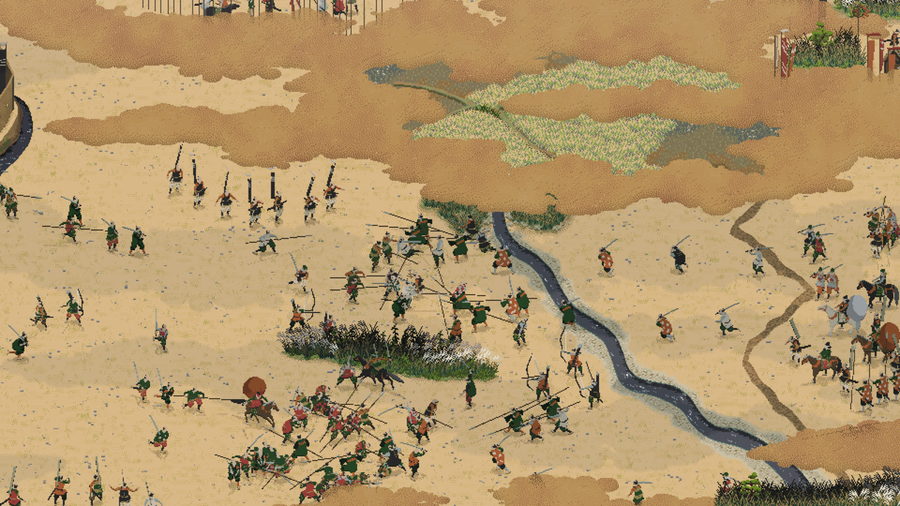 Yusuke also utilized 3D modeling and crowd simulation to perfect the movement of the rushing hordes. Although the artist has previously created digital artwork to generate “a vast perspective of the world,” this is his largest such endeavor, and he told the exhibit curators he was “looking forward to seeing what kind of experience the image elicits.” 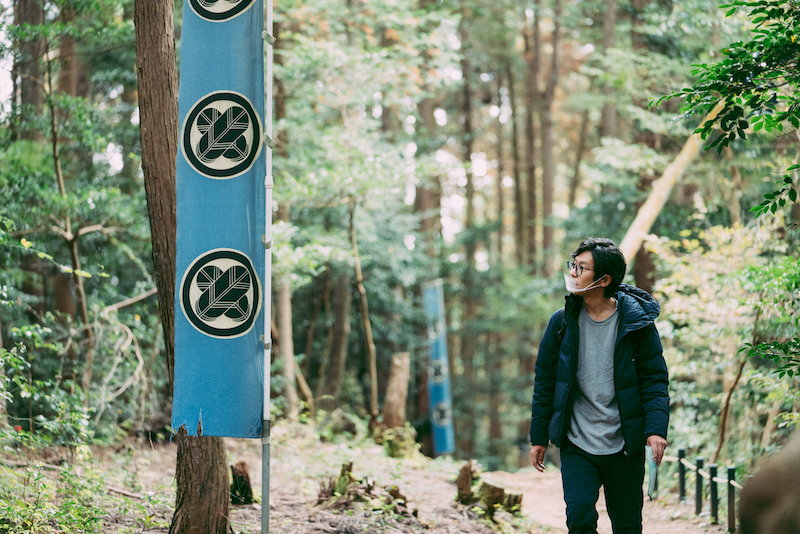 Before undertaking this moving artwork, Yusuke visited the actual Sekigahara battlefield to get some real-life inspiration.

“During the visit I went to the historic Sekigahara battlefield, and as I looked at the landscape from both camps, I gained a sense of the distance to the enemy encampment and the tense mood of the warriors at that time,” he said in an interview with the curators. “I visited on November 6th and was captivated by the beauty of the natural environment, including the golden-colored Japanese pampas grass and the mountains’ autumn foliage.” 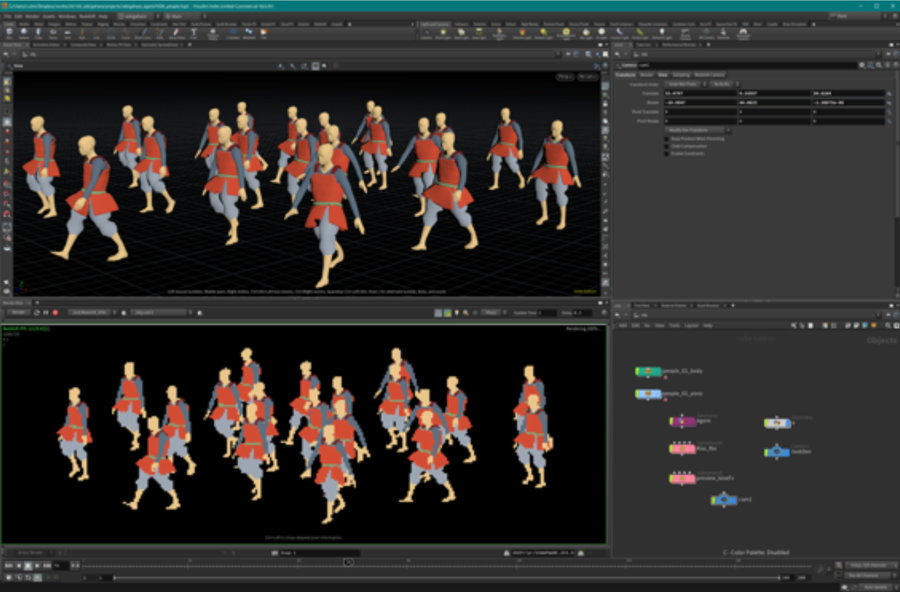 He used those views of the natural surroundings to add details like leaves and the existing mountain range, in hopes of recasting the screen from “a depiction of battle to a landscape illustration.” The finished product gives observers an animated glance back in history, with miniature samurais charging on both horseback and foot, battling for their lives and country with their tiny swords. The clouds and rivers also got a digital treatment, floating and flowing as they might have during the epic fight.

For those passing through Chubu Centrair International, the Sekigahara exhibit is located in the Terminal 1 lobby with an indefinite run date. A YouTube video of the moving scene is also available for all to enjoy.

As an artist, Japanese native Yusuke Shigeta has worked in media art in a wide range of animation, including old-school forms like phenakistoscopes and zoetropes. He got a degree from the Tokyo Graduate School of Film and New Media and is also a part-time lecturer at both Nihon University and Japan’s Women’s Art University.