If you aren’t particularly tech-inclined, the mere thought of NFTs might give you a headache. Fully known as “non-fungible tokens,” which means they’re unique and can’t be traded for any other form of cryptocurrency, NFTs have exploded in popularity lately after people like pop star Grimes sold millions of dollars worth of digital art using purely blockchain assets. The technology allows buyers to purchase ownership of limited edition collectible digital goods like works of visual art, videos, and audio files. That makes them pretty similar to whatever physical objects you might usually collect; you just typically store and enjoy them in a different way. 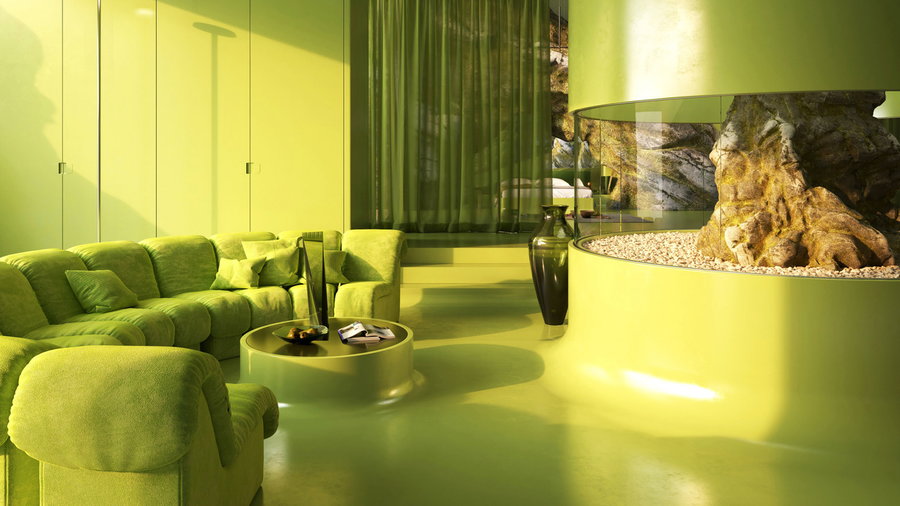 That means digital architecture and design can come in the form of NFTs, too, and designers are starting to get in on the fun. Anthony Authié of Zyva Studio and visualization artist Charlotte Taylor just released their own collection of NFTs called Architoys, a series of fantasy architecture projects that combine digital and physical collectibles in an unexpected way. 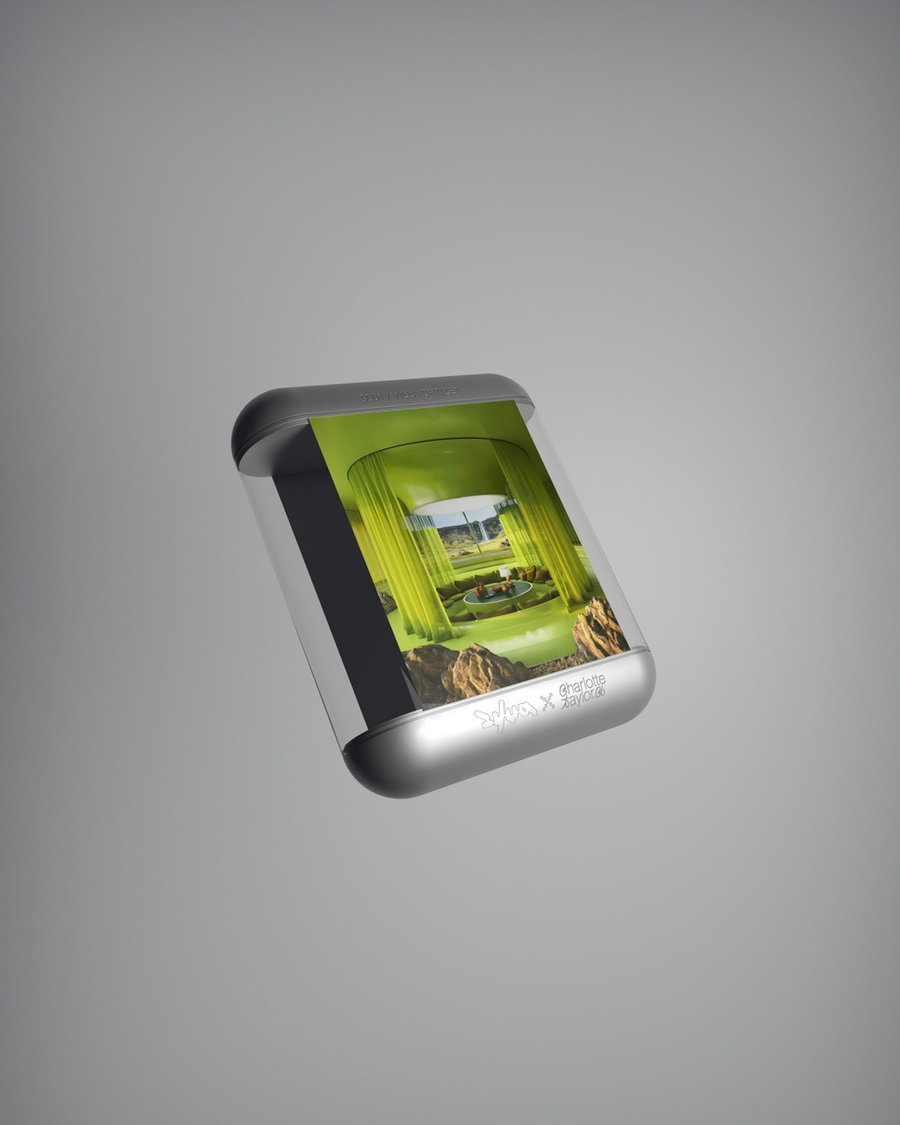 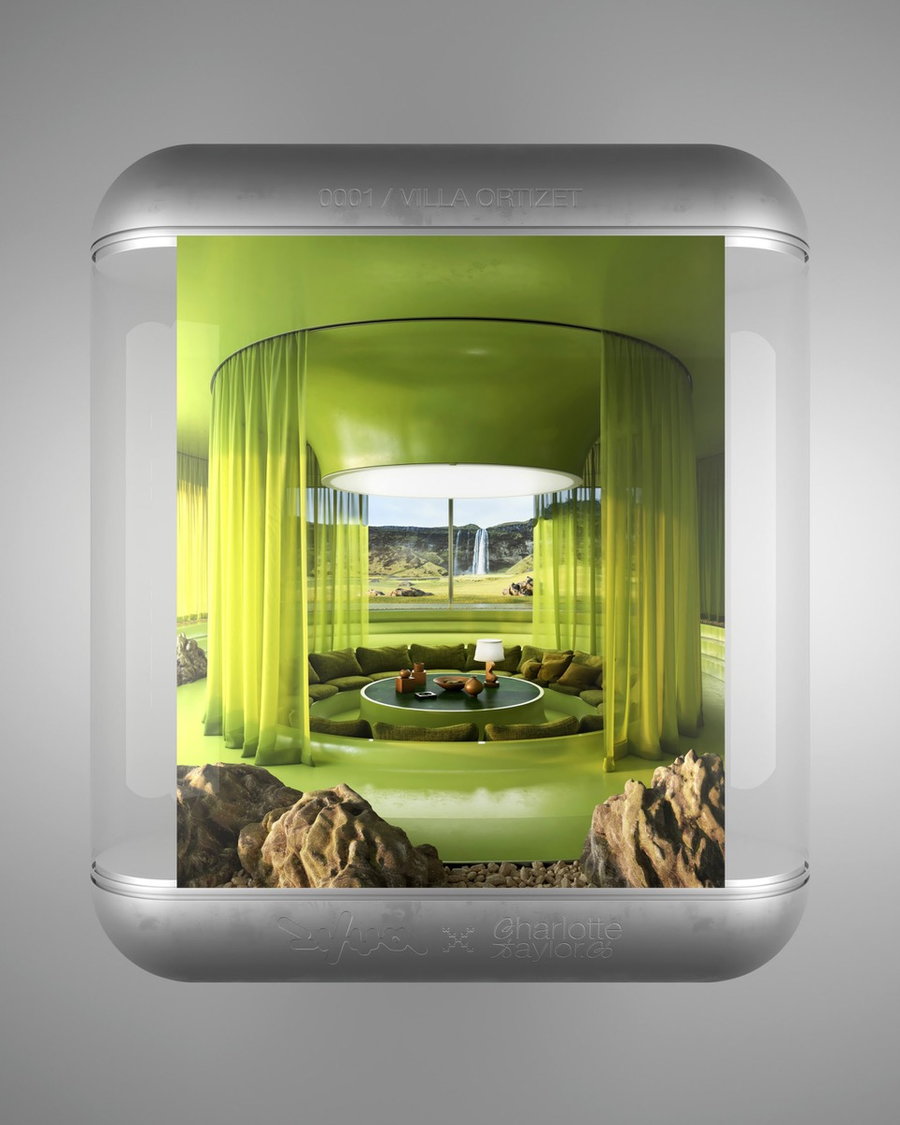 Architoys are actual objects you can hold in the palm of your hand: tiny aluminum capsules about the size of an AirPods case that display digital images of virtual architectural projects the duo designed together. Since all of their work is digital, these NFT capsules offer a way to make it tangible, so it can be traded hand to hand “like Pokémon cards in the playground,” he tells Dezeen.

For kids of the ‘90s, one thing that might come to mind when viewing these little objects is a 21st-century version of a Tamagotchi (though thankfully, architecture doesn’t have to be fed). A watch-like mechanism shows off tiny digital scenes like Authié and Taylor’s Villa Ortizet, a house set in the French countryside, and Neo-Chemosphere, a spaceship-like clifftop home inspired by the work of architect John Lautner. 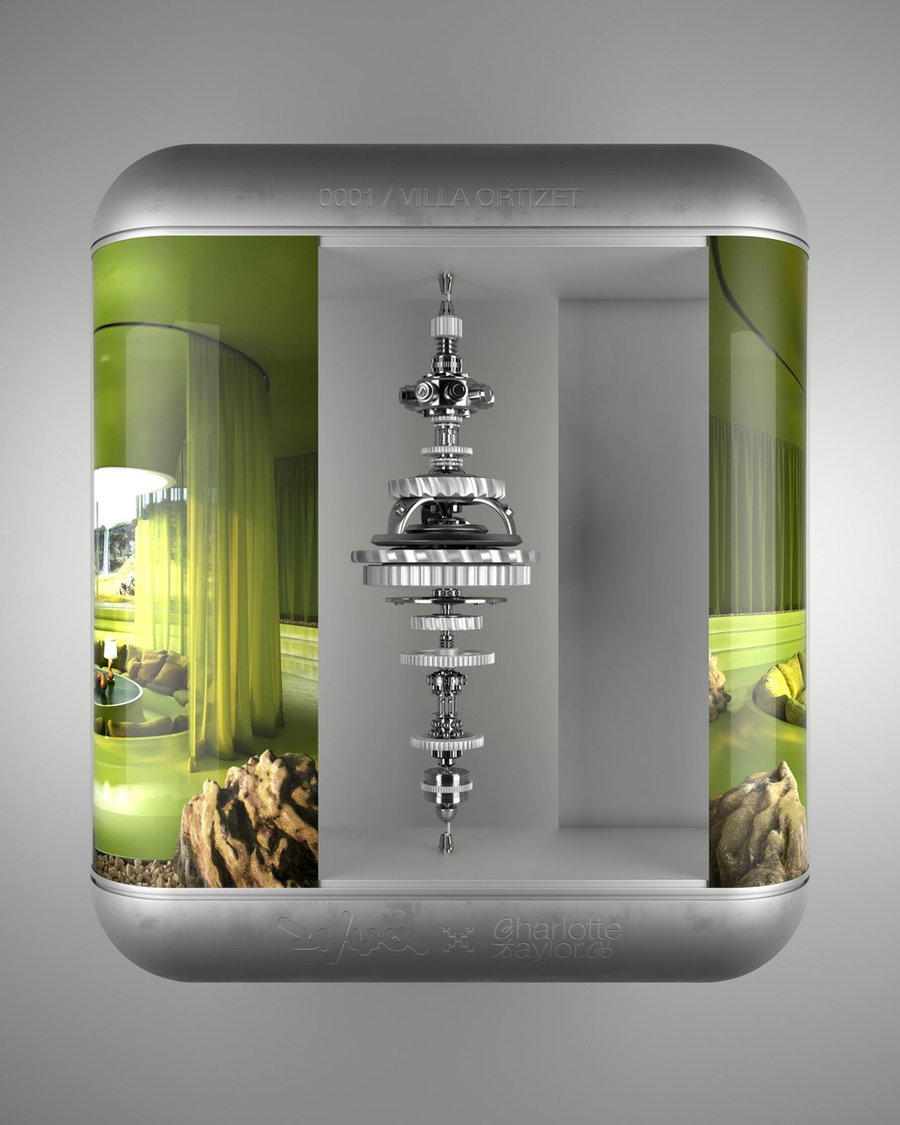 Creations like these aren’t meant to be realistic. Authié willingly describes it as “ludicrous,” but that’s part of the appeal – both the designs themselves and seeing them contained within the capsules. Neo-Chemosphere, for instance, is set within bright pink rocks before an enormous reddened moon, taking inspiration from 1960s sci-fi. For Authié and Taylor, NFTs provide a new outlet for surreal virtual works like these, and a way to market them. The technology could help usher in a boom for fantastical digital artwork, architecture, and design; for some, that might translate into solely selling collectible digital objects, while for others, it could lead to developing projects in the real world.

Other designers and architects are drawn to the way NFTs allow them to connect directly to their audiences, instead of going through galleries and other intermediaries. That frees them up to work on more avant-garde, personally meaningful work instead of commercial projects. Digital artists in particular have historically had a hard time monetizing their work. And while it might sound like NFTs would be easy to copy and steal, original NFT files contain distinct information that can’t be transferred to other file types. 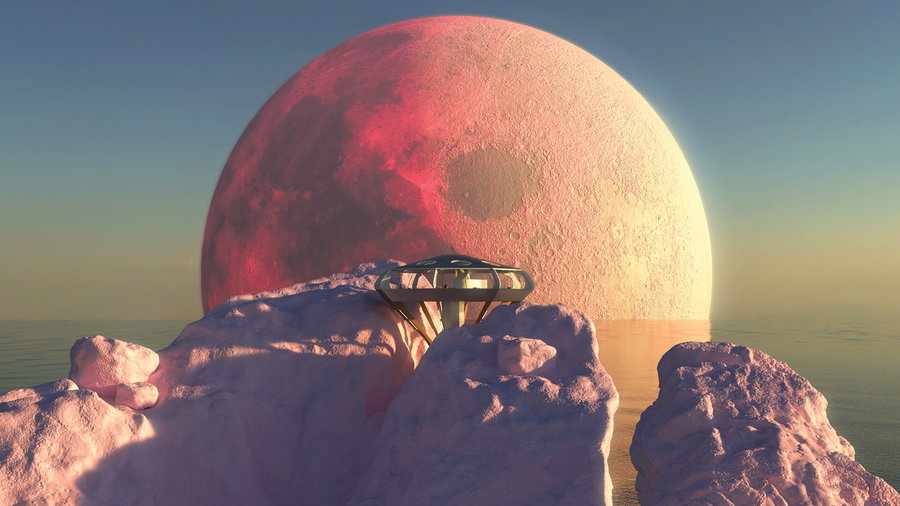 There’s also at least one significant downside to all this NFT action. Though it might sound paradoxical on the surface, cryptocurrencies like NFTs, bitcoin, and Dogecoin can have a serious detrimental impact on the environment. “Mining” them involves having computers solve complex math problems in a deeply energy-intensive process. Since 2009, over 18.5 million bitcoin have been mined, using more electricity during that time than the country of Ireland has used in its entire history.