Rumors that Apple plans to design its own self-driving car have been swirling since 2013. Code-named “Project Titan,” the venture has remained shrouded in secrecy, though leaks and patent filings by the company have long indicated that they plan to produce semi-autonomous vehicle technology for other manufacturers, at the very least. The project has morphed in fits and starts over the years due to internal issues, but it now appears that Apple is working on a fully autonomous self-driving vehicle produced in partnership with the automotive industry. The website LeaksApplePro claims the first Apple Car design will be marketed as a luxury vehicle and cost at least $100,000.

Apple reportedly aims to compete with Tesla, starting with a high-end vehicle that will be produced in small quantities as a sort of test while the company irons out the technicalities of building a lower-priced version. That means the initial Apple Car will fit into the high-performance luxury tier currently occupied by models like the $132,940 Tesla Model X Plaid, the $105,100 2023 BMW iX M60, and the $103,360 2022 Mercedes-Benz EQS. None of those cars are quite like Apple’s rumored design, however.

Bloomberg reports that the fully self-driving car will reportedly have no steering wheel or pedals, with an interior designed for hands-off driving. One option discussed internally is an interior design similar to that of the Lifestyle Vehicle by Canoo Inc., which features U-shaped seating so passengers sit across from each other in a conversational arrangement. Various designs have also included an infotainment system with a large iPad-like touchscreen in the middle of the U so passengers can interact with it. The car might be equipped with an emergency takeover mode. 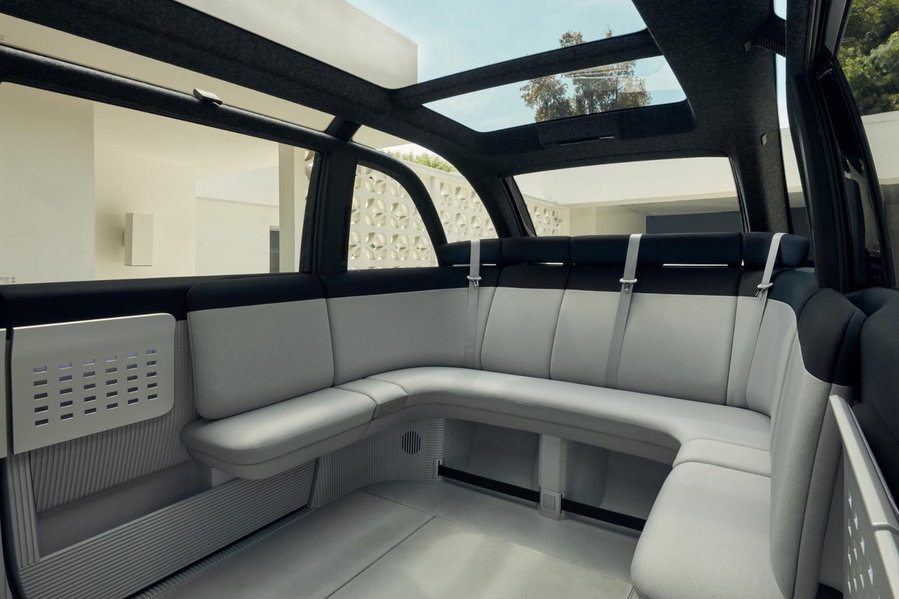 Apple aims to get its high-tech Apple Car on the market as early as 2025, which is ambitious, to say the least. Other manufacturers with a lot more experience, including Tesla, are still years away from producing fully autonomous cars that are ready to hit the road. Alphabet Inc.’s Waymo has been beleaguered by constant staff turnover, delaying progress. Uber Technologies Inc. gave up on its own autonomous-driving division, selling it off last year. But Apple believes it has reached a crucial milestone with the development of its self-driving system, making the timeline possible. 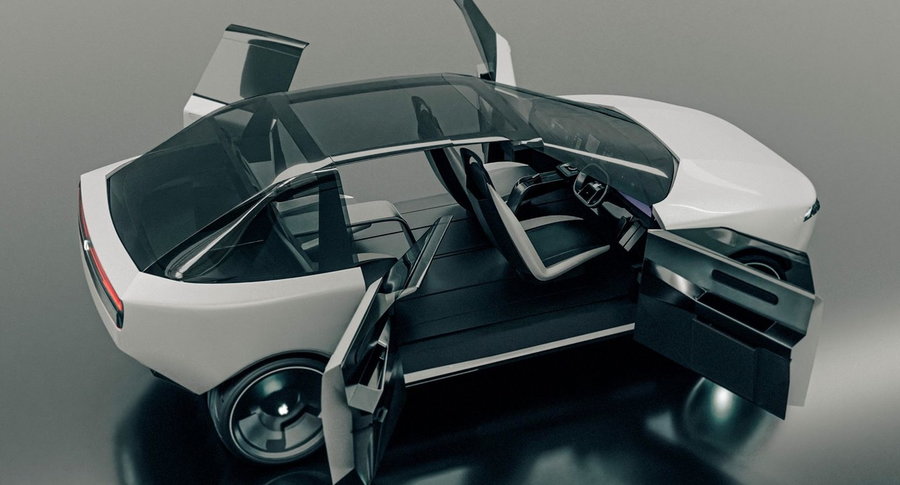 The technology at the core of the project is a self-driving software chip designed by Apple’s silicon engineering group, which is also responsible for the processors in the iPhone, iPad, and Mac. Paired with self-driving sensors, the new processor is being tested in retrofitted cars, including a fleet of Lexus SUVs. As for the rest of the vehicle? It’ll have to be made by other manufacturers. Apple isn’t exactly ready to pivot into automotive manufacturing, a massive venture that would require nearly all of its attention. But the company will still be responsible for much of the design, including safeguards like backup systems that take over if the self-driving process fails. 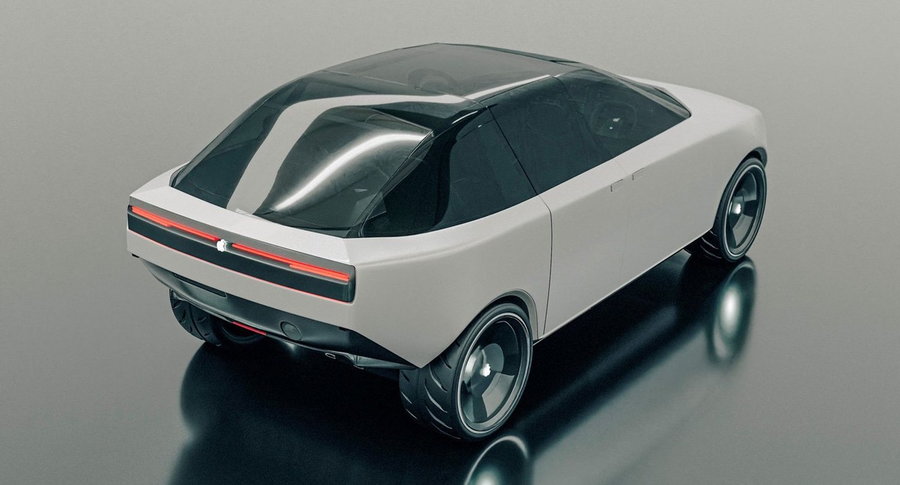 What the Apple Car might look like on the outside is anybody’s guess. British vehicle leasing company Vanarama used real Apple patents and inspiration from Apple’s other products to come up with its own speculative design. A series of 3D concept renders envision coach doors, seats that swivel to face each other, handles that resemble iPhone buttons, and a grille inspired by the Mac Pro’s vents.