After years of studying industrial design at Israel’s Shenkar College, artist Amalia Shem Tov has produced a series of cooking utensils inspired by ancient culinary tools in order to help people “rediscover their primal culinary roots.” The collection, aptly entitled “Roots,” consists of a mortar and pestle, hot baking stones, and a millstone — all of which offer an alternative to the mass-produced plastic and metal utensils that are so often found in our modern kitchens. 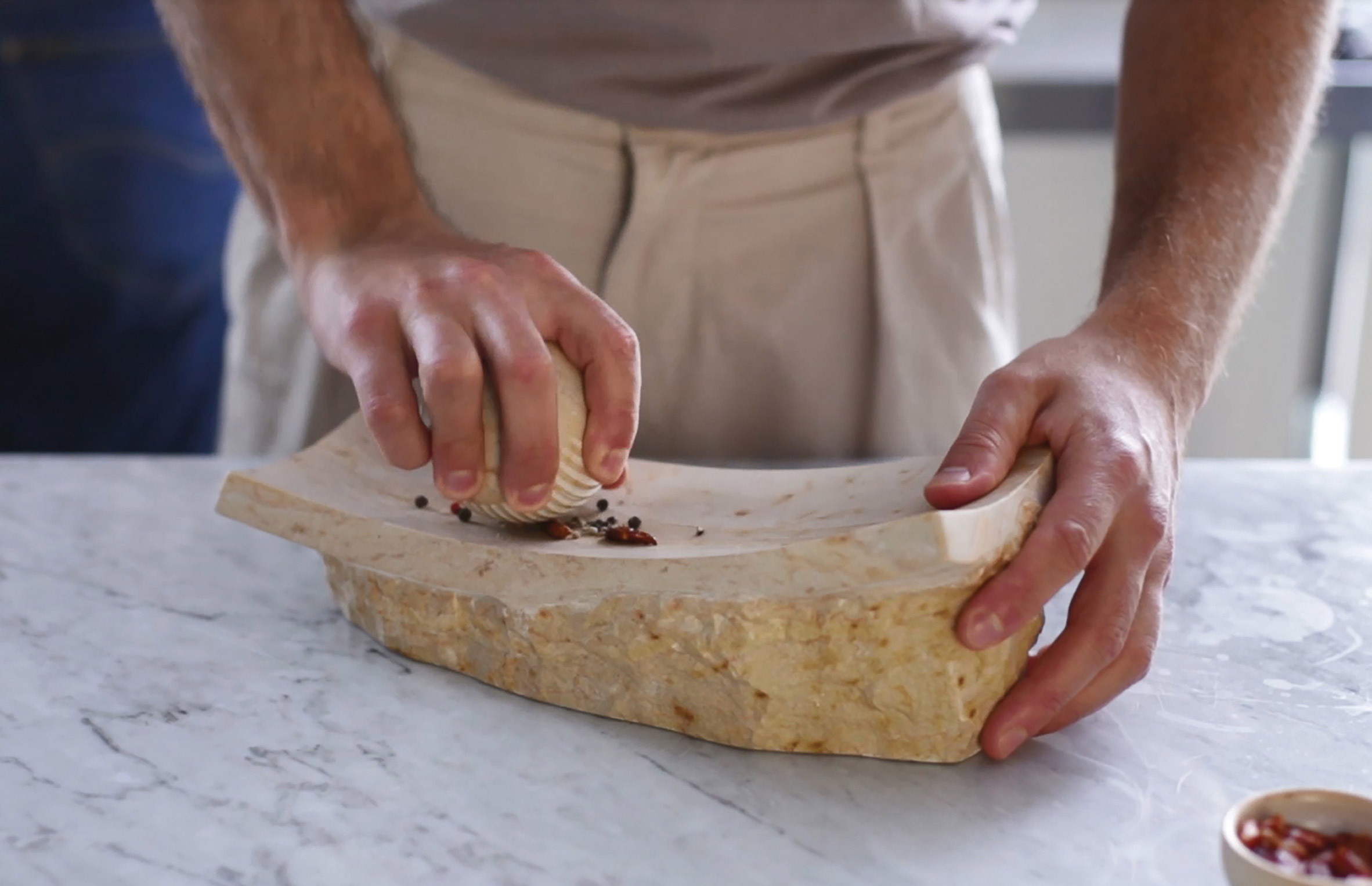 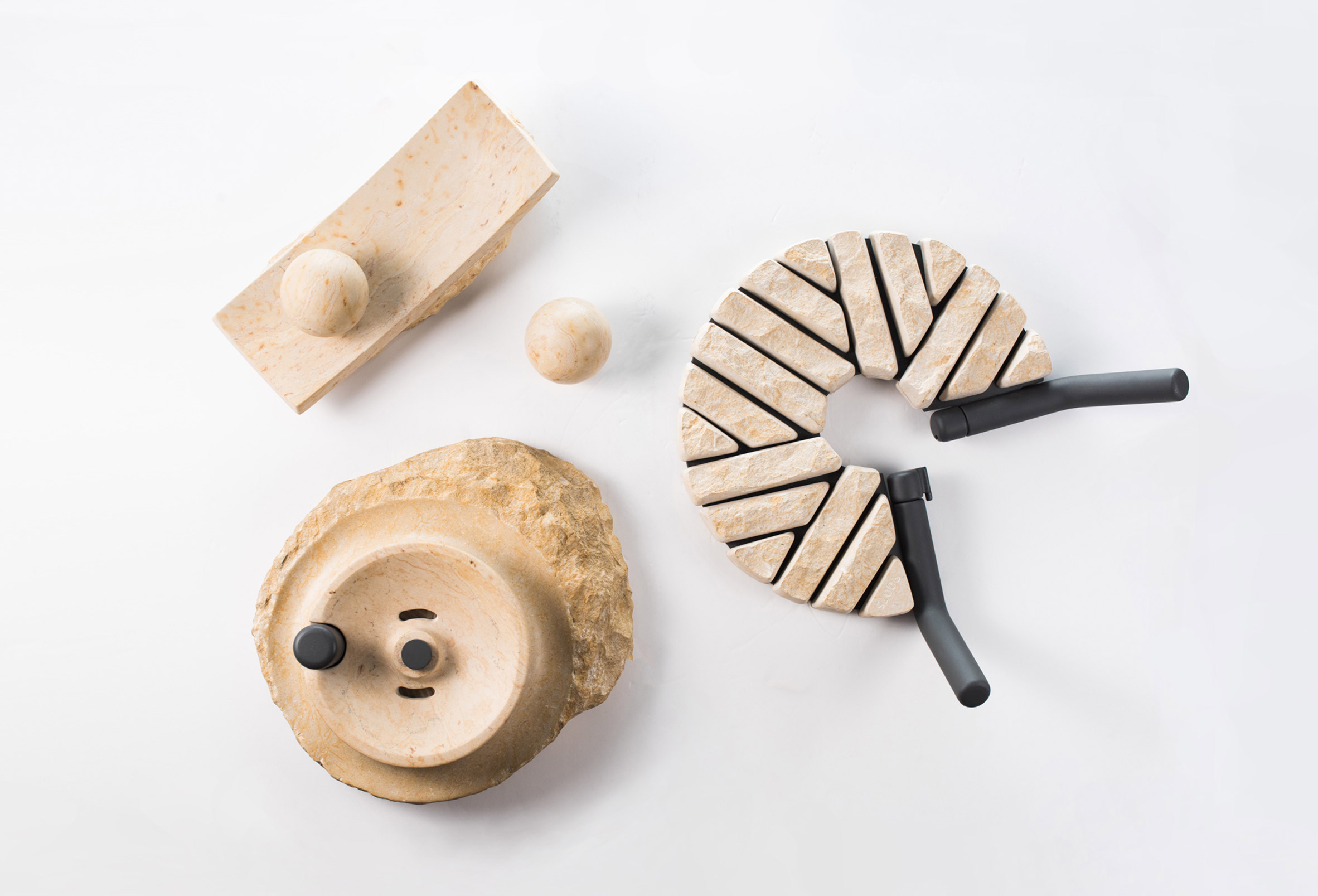 Nowadays, we tend to rely quite heavily on the use of technology, which itself is unquestionably making our lives much easier when it comes to performing everyday tasks. But is it also making us lazier? Are we steering away from our initial hopes for and ideas of quality?

“Preparing and cooking food symbolizes one of the turning points of human evolution, when man became a social and cultural being,” explained the Tel Aviv-based designer. “Nowadays in the kitchen, the modern cook surrounds themselves with advanced technologies, utensils, and products — requiring minimal effort and no processing — providing immediate results.” The objective is to encourage users to appreciate the ancient and early cooking processes that began this evolution. 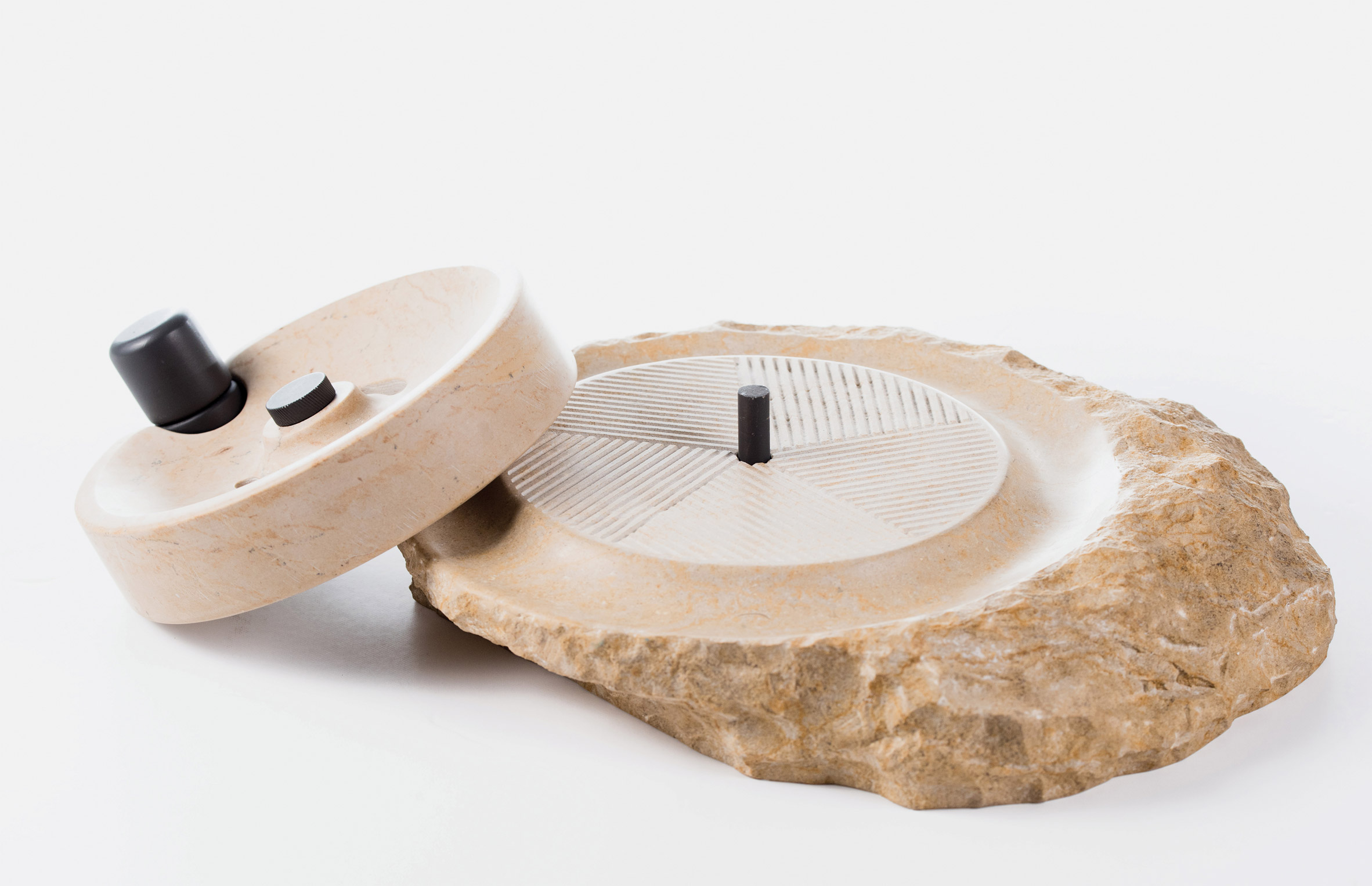 Drawing a connection between the old techniques and our modern ones, Shem Tov’s designs focus on the relationship between man and machine, in terms of both the interaction and the final result. For this collection, she wanted the designs to require more physical work during food preparation so that they could more accurately mimic the amount of effort and time it took our ancestors to produce the same or similar meals. She studied the history of said utensils from antiquity all the way up to present day, highlighting the products that she felt best represented the basic actions required to make the food. 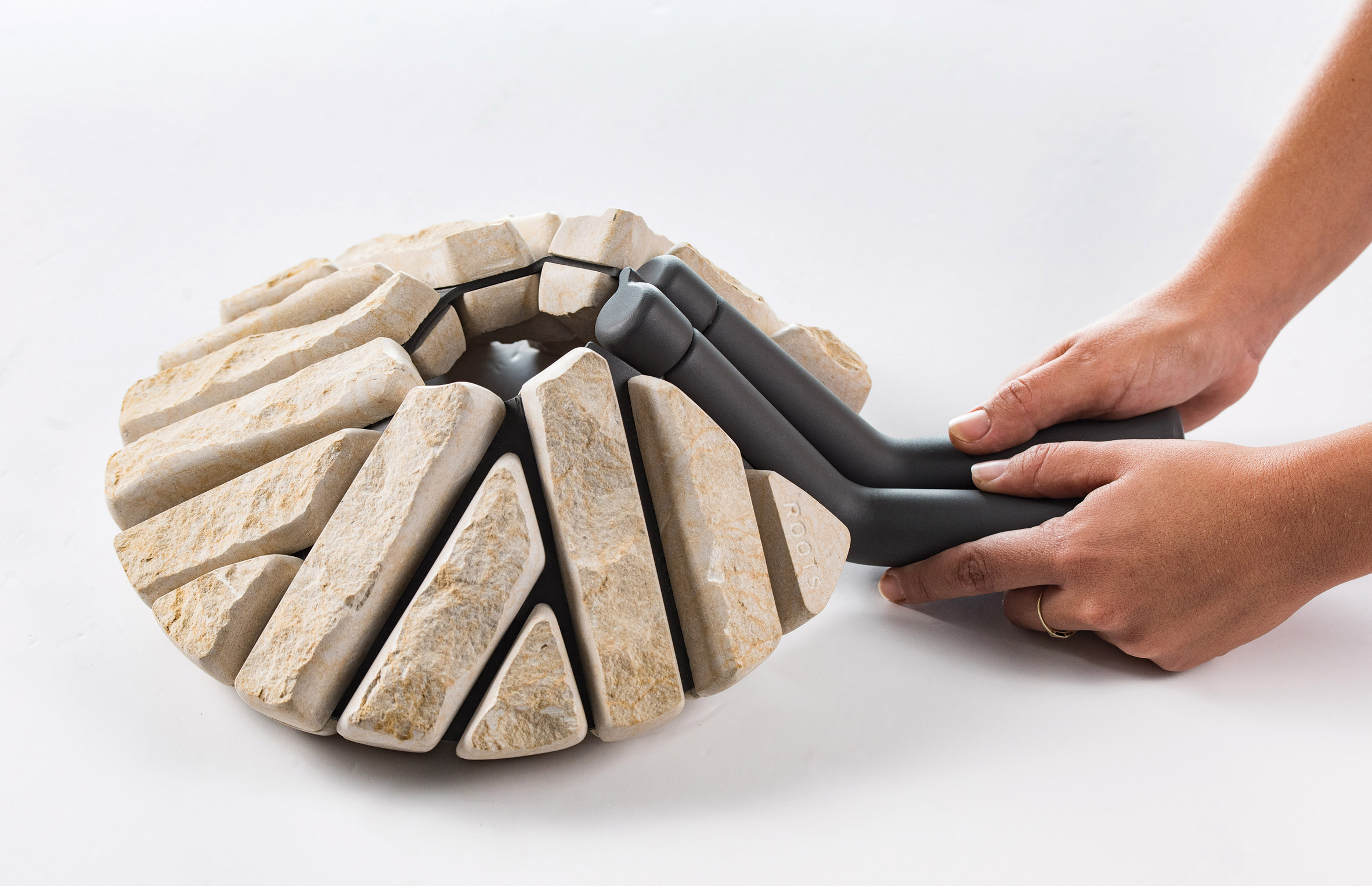 Shem Tov ended up with three key products: a millstone for grinding wheat and grains, a mortar and pestle for grinding and milling herbs and spices, and hot stones for warming, cooking, and baking. All of the utensils were carved from raw Yarka stone via sandblasting. Collated from the northern regions of Israel, this natural hard stone is coveted for its texture and ability to preserve color over a long period of time. The Roots millstone design is the same as its primitive counterpart when it comes to functionality, though it can be customized to adhere to the requirements of the modern user. Comprised of two stones (one that rotates on top of the other), it can be tightened or loosened as necessary to adjust the grain thickness.

“The main idea was to look at the [cooking] process not as a constraint but as an experience with progressive stages,” she explains, “as a process that takes time and personal involvement until you reach the end of it.” 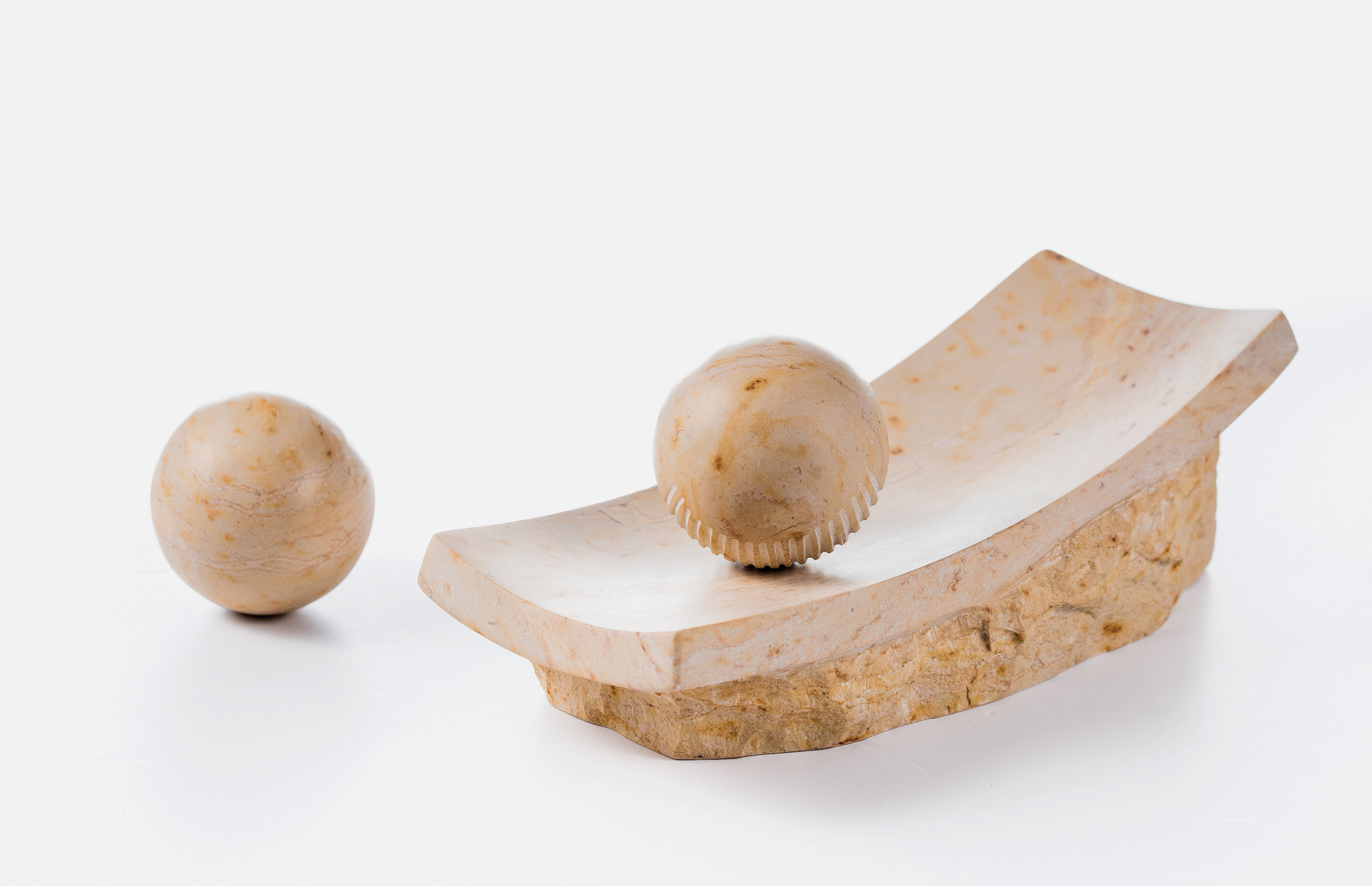 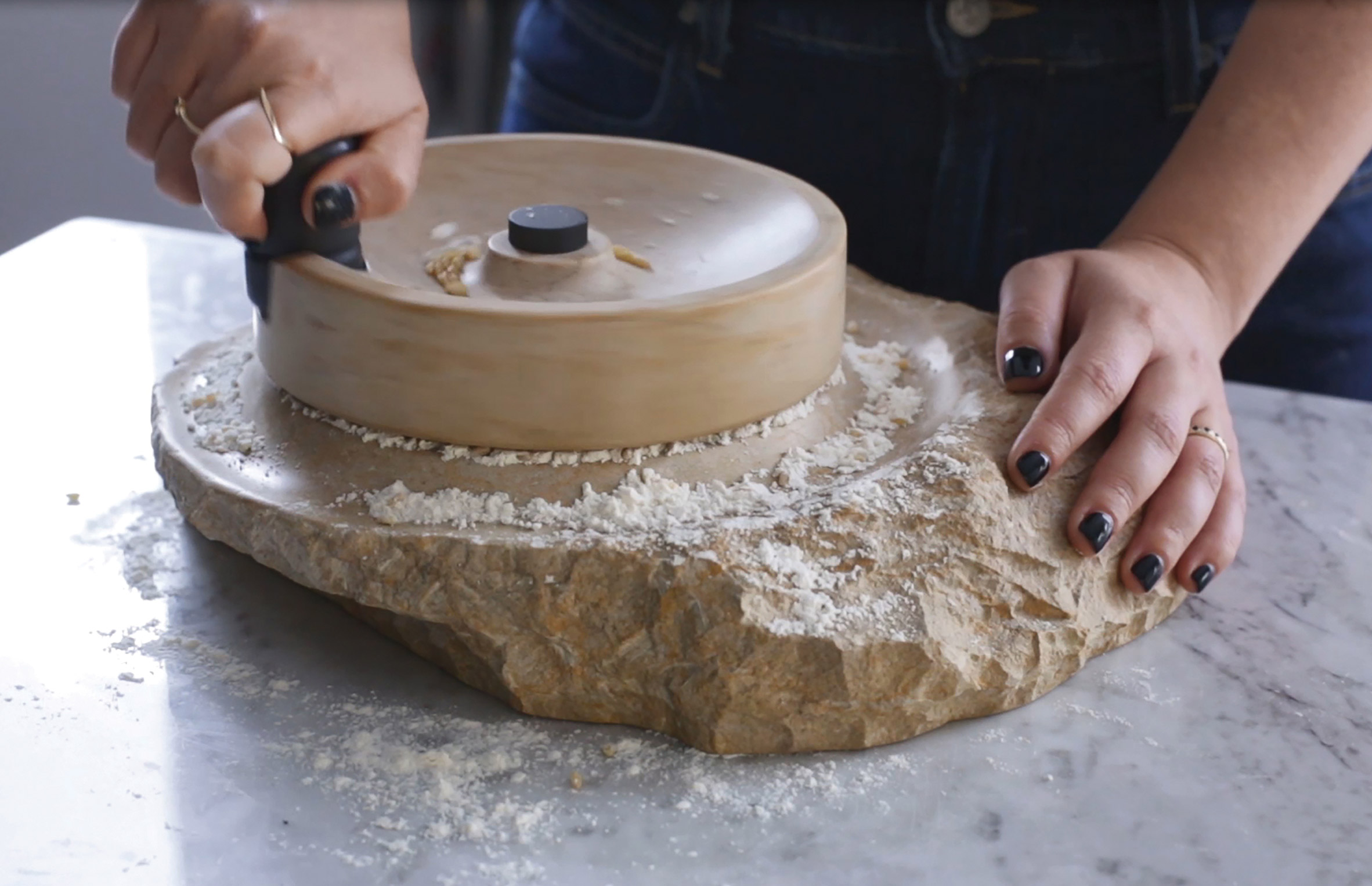 The mortar and pestle were designed to replicate their ancient counterpart quite simply, merely consisting of a stone surface and a pebble. The stones, on the other hand, are to be heated in the oven and placed on an external surface once they’ve reached an appropriate temperature for cooking, baking, and warming food. Shem Tov explains that she wanted to bring the idea of fire into the modern kitchen by designing these. Two handles are attached to the stones so that they can be arranged in a pyramid shape when baking thinner bread. Similarly, they can also be opened out flat to preserve the food’s temperature.