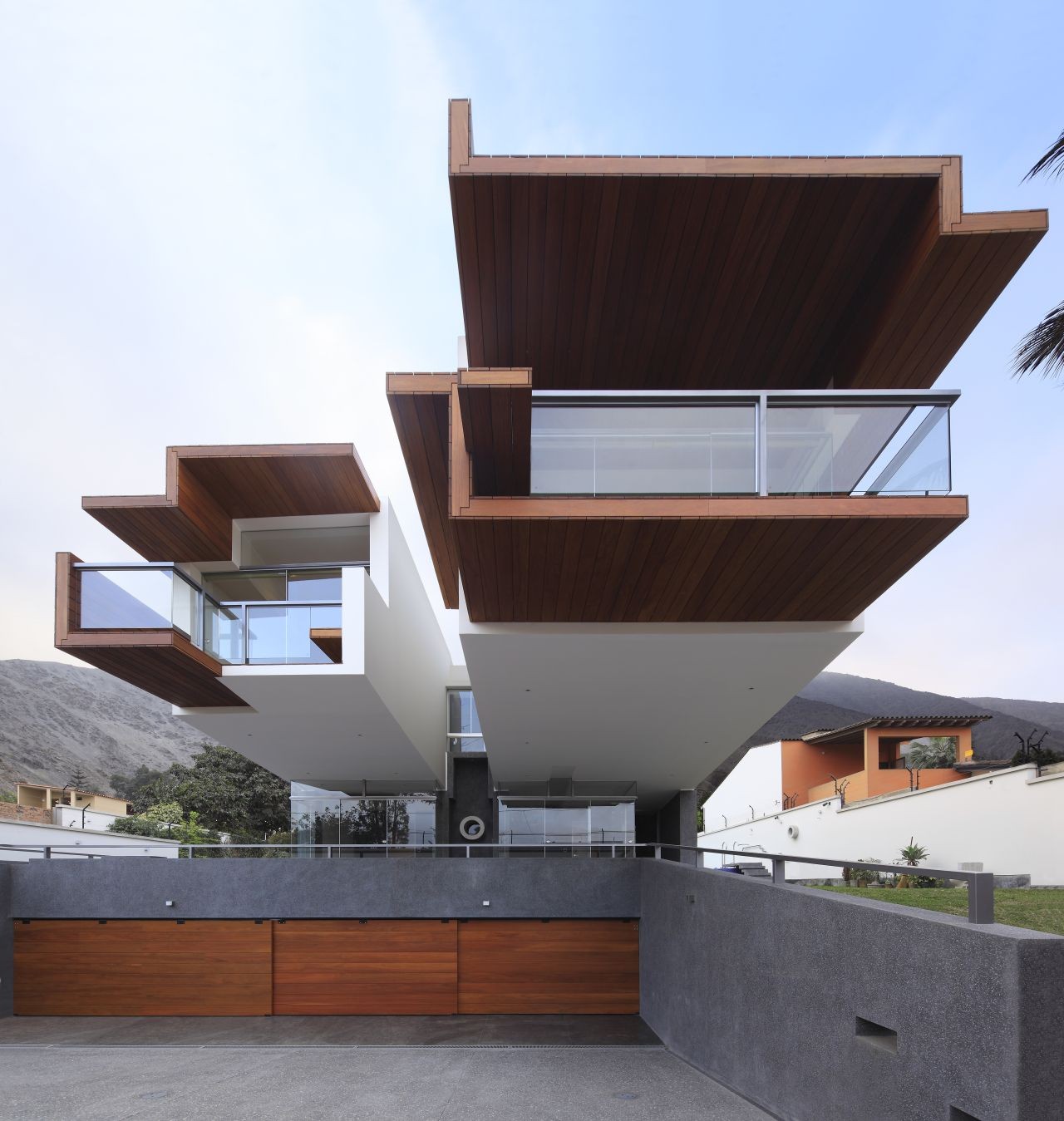 How does the concept of an ancestral home, in which a family might live for their entire lives and even pass on to their children, translate to 21st century modern architecture? For the past few decades, most home buyers have started with a modest, affordable home with the aim of continuing to move up as the years go by, living in several different houses by the time they retire. The days of acquiring the sort of home you might grow old in by the time you’re in your twenties or thirties seem awfully far away. But let’s just say you have both the means and a definitive idea of your preferred aesthetics that could very well carry into your twilight years, and you can dream up a fully customized structure that will serve as a functional, comfortable home with the potential of gaining considerable historic value in the future – what would you choose? 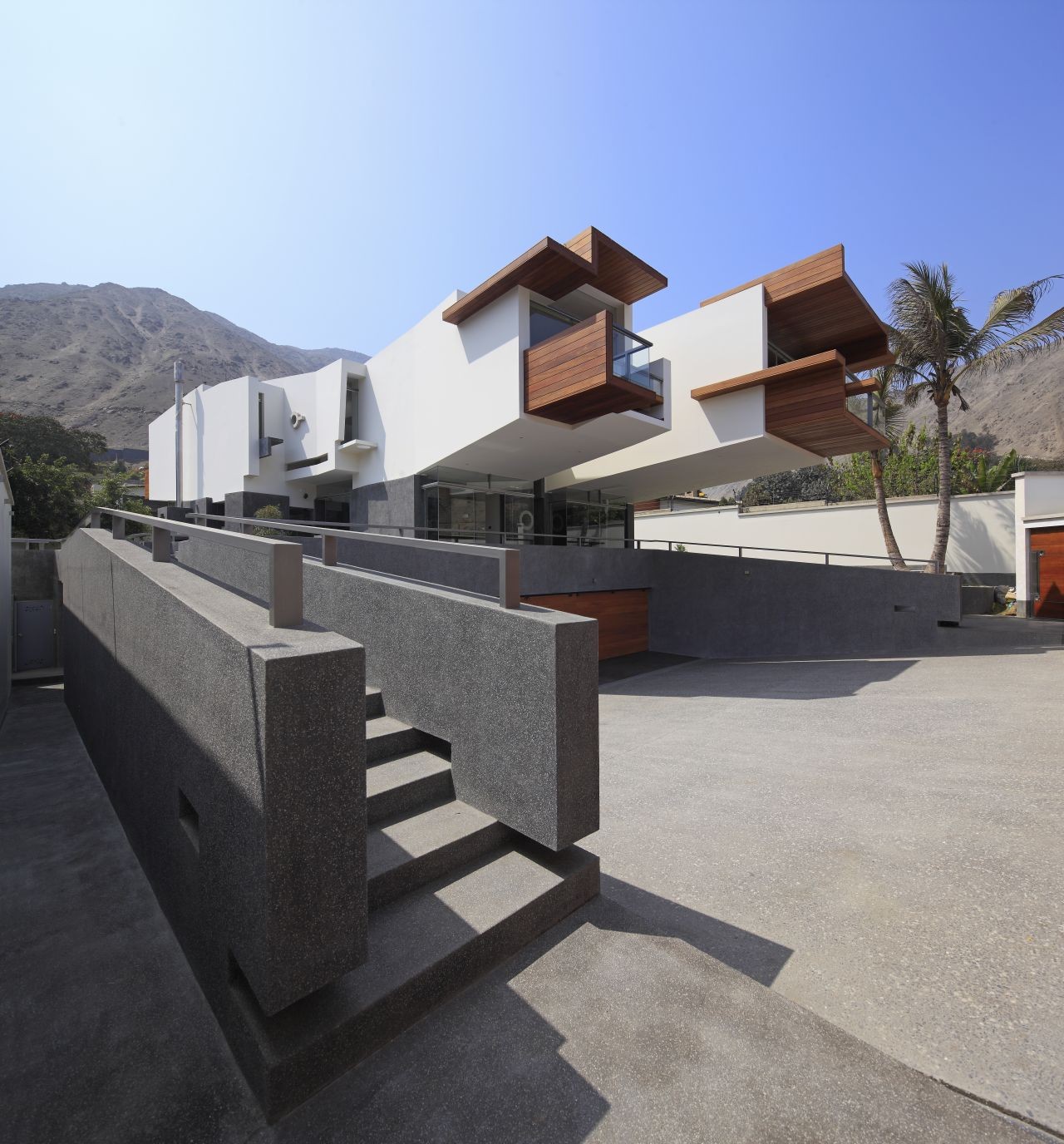 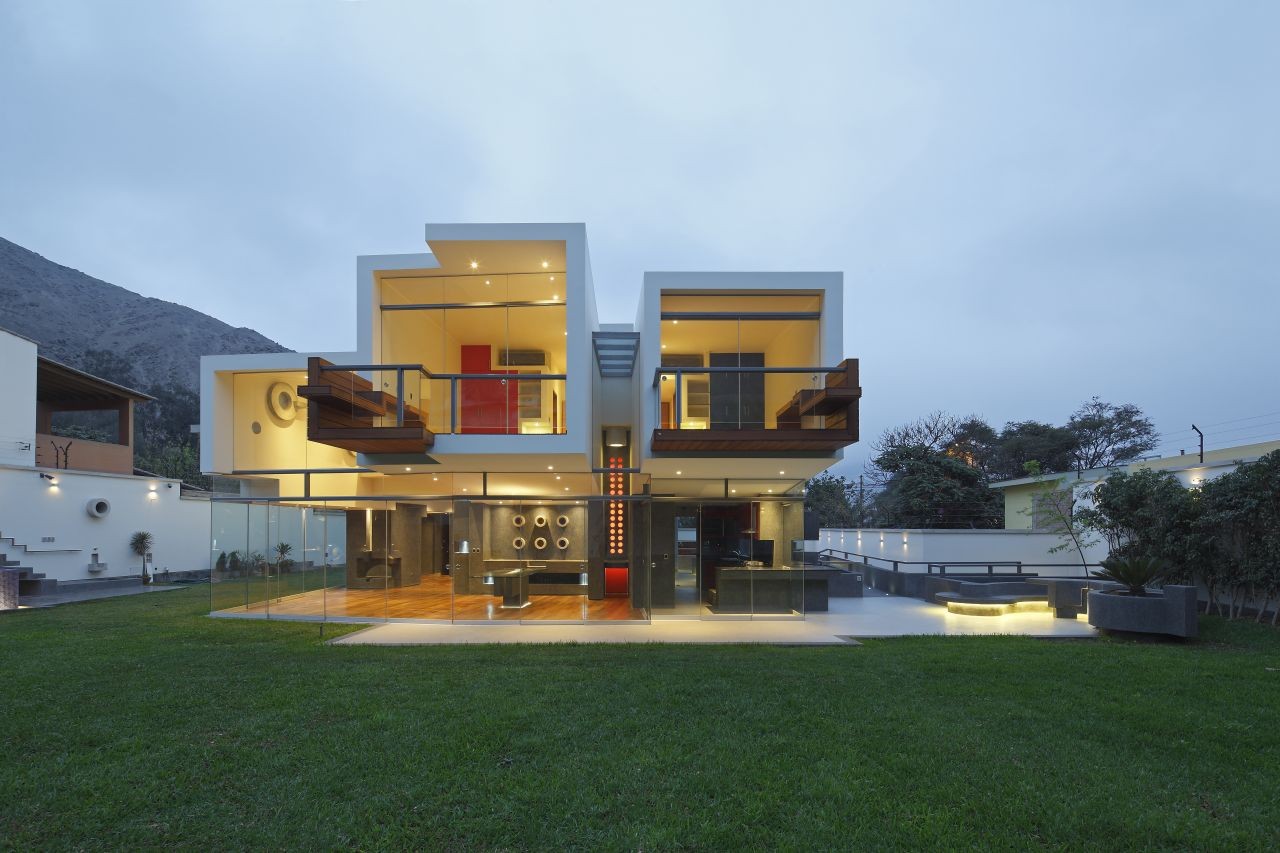 A young couple in Lima, Peru approached Luis Longhi of Longhi Architects for just this purpose, to commission the design and construction of a home where they would “live forever.” Says Longhi, “I knew I had in my hands a great opportunity to continue in my search of ancestral contemporary architecture. In that moment, I was ready to dedicate exclusive time to interpret their dreams in order to create a ‘container of life.’” 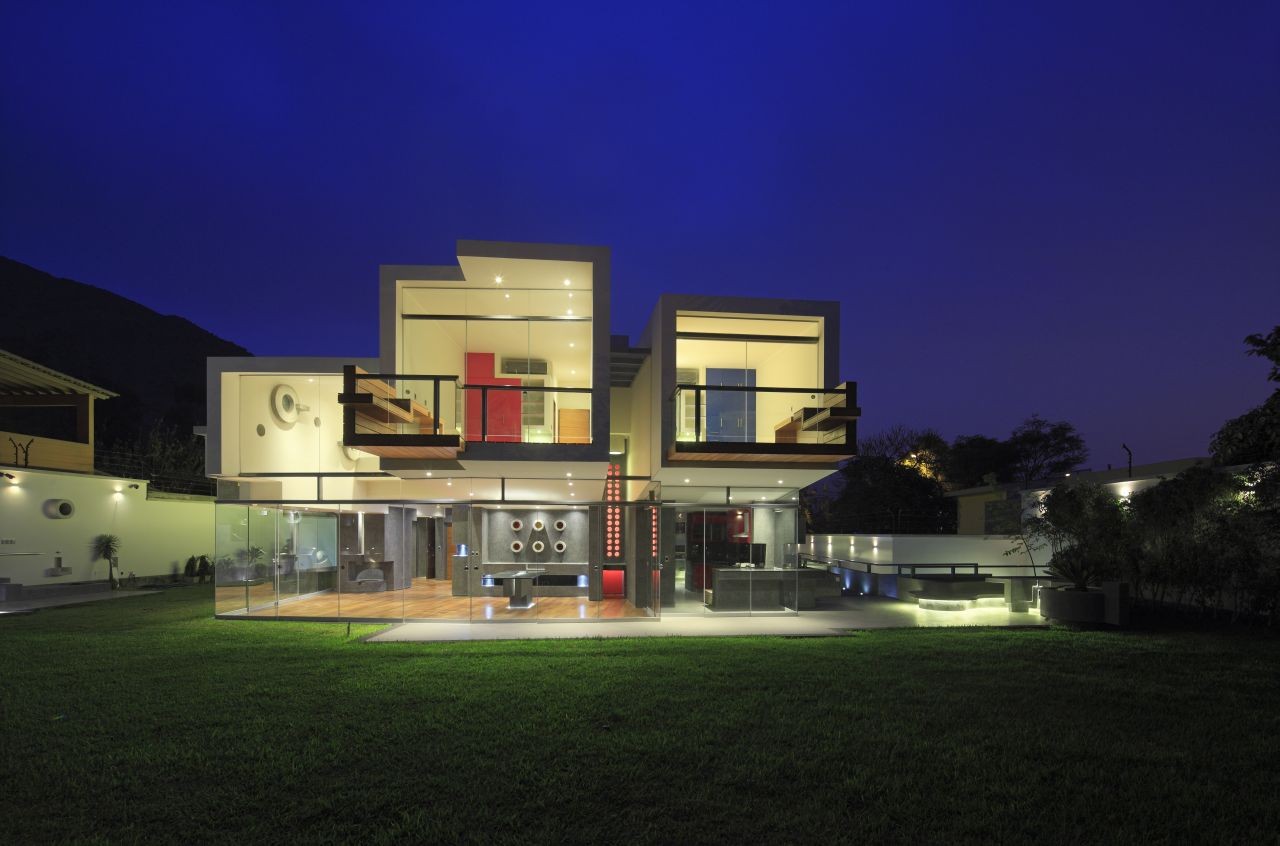 It’s an intriguing concept, and in this case, the result is essentially a work of modern sculpture, With cantilevered rectilinear volumes jutting out over an enclosed glass patio, complemented by pops of bright color and textural black basalt. Complete with maid’s quarters and a four-car garage, it feels like the contemporary equivalent of a manor, but rather than relying on the tried-and-true construction methods and materials of ages past, it takes an entirely new approach. 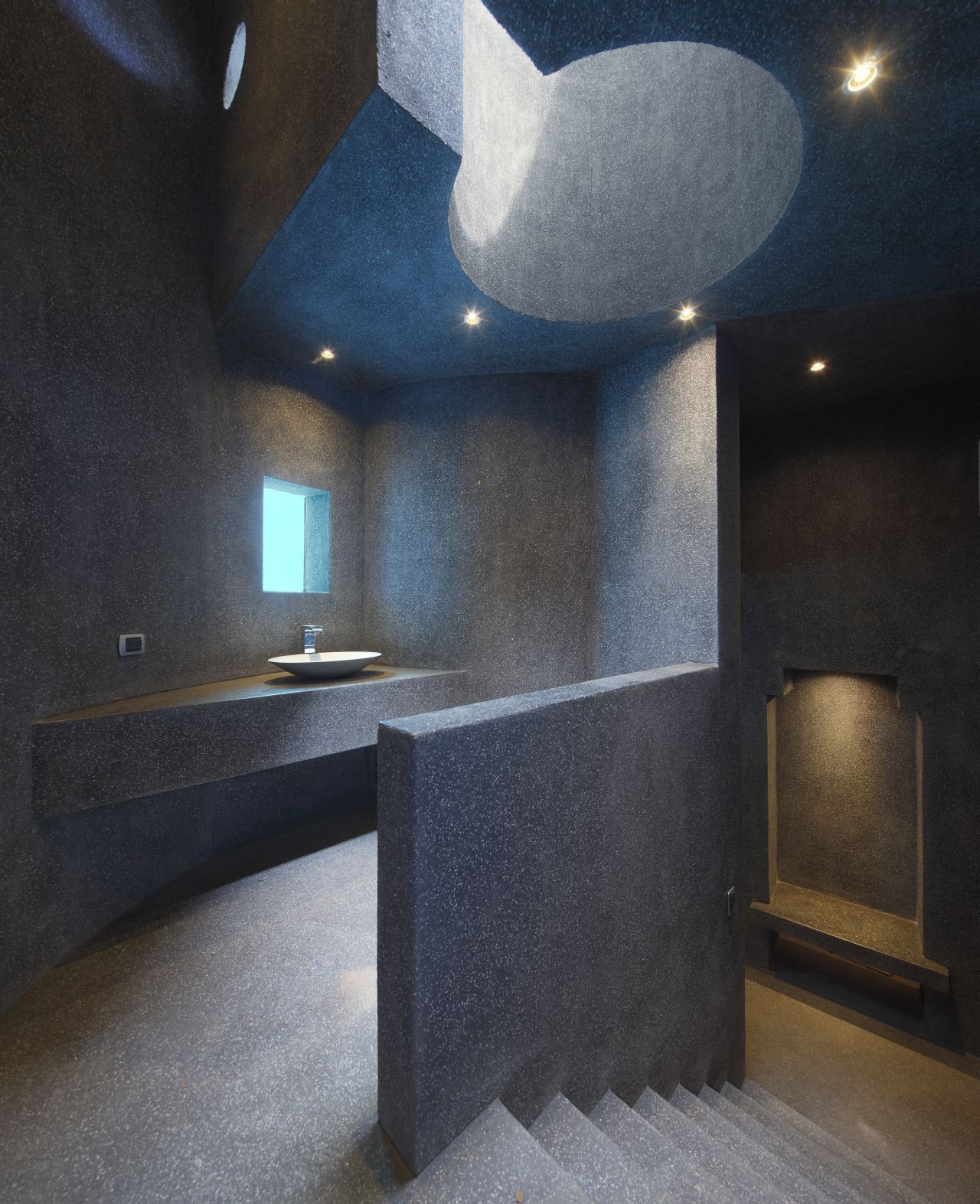 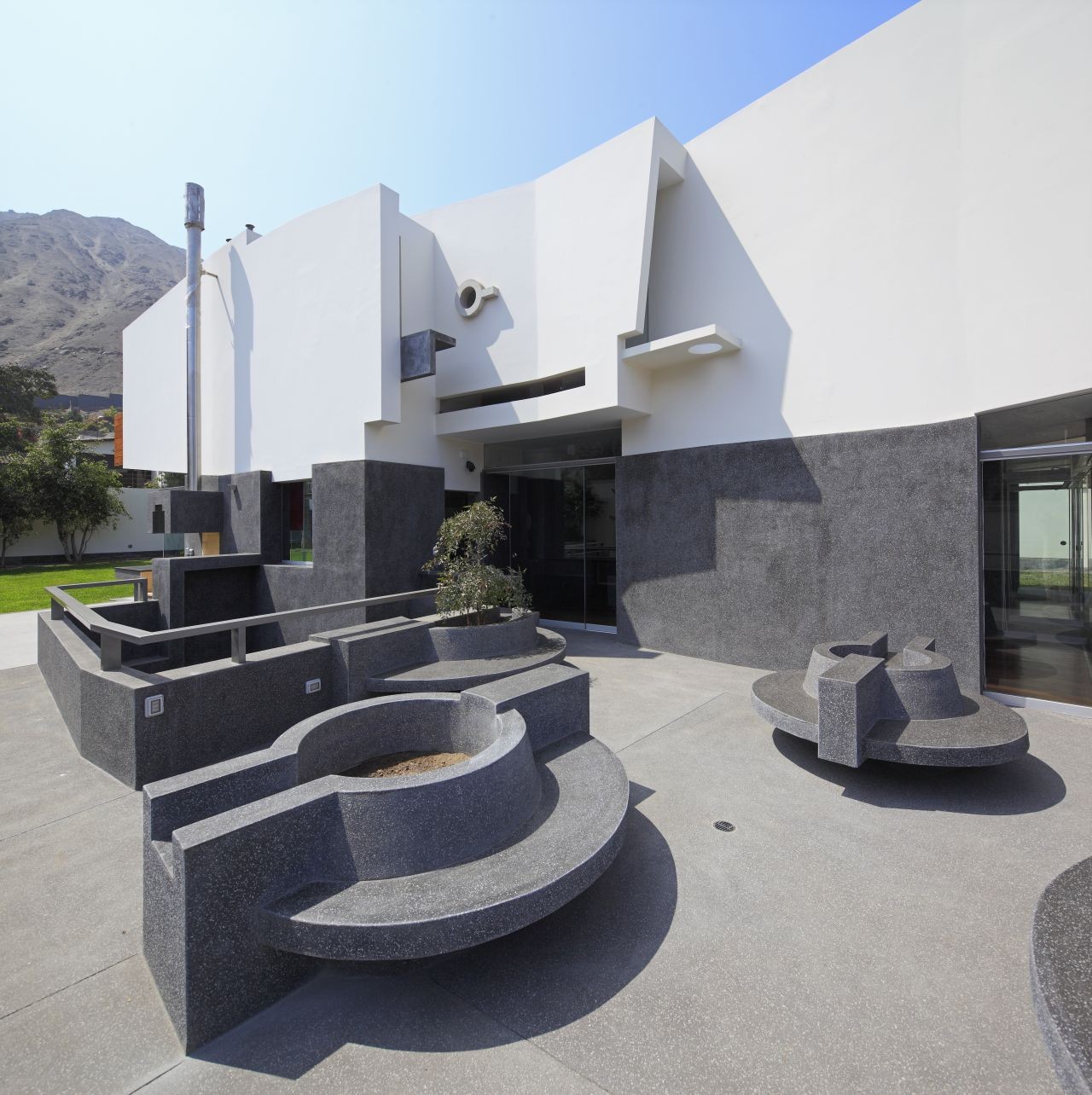 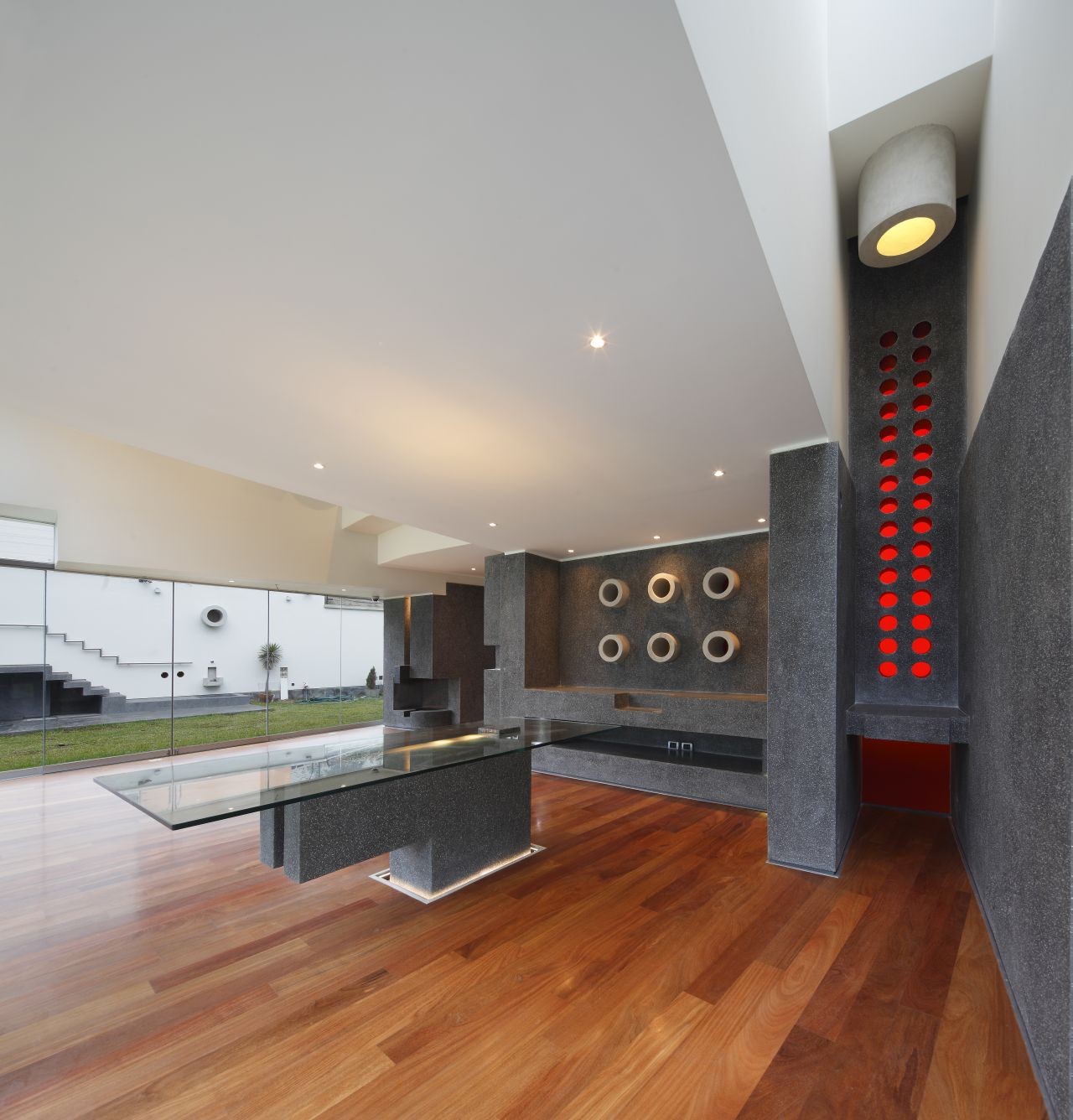 “My vision for a special house was confirmed when I went to the site for the first time and realized that it was already occupied by an old house where the couple was living with their two children,” says Longhi. “Then, the task was to demolish the material but keeping the spirit, in order to replace the old construction for a ‘House For Ever.’ The metaphor for the design was to imagine that a big ancestral rock was found in the site and needed to be carved in order to accommodate the living spaces.” 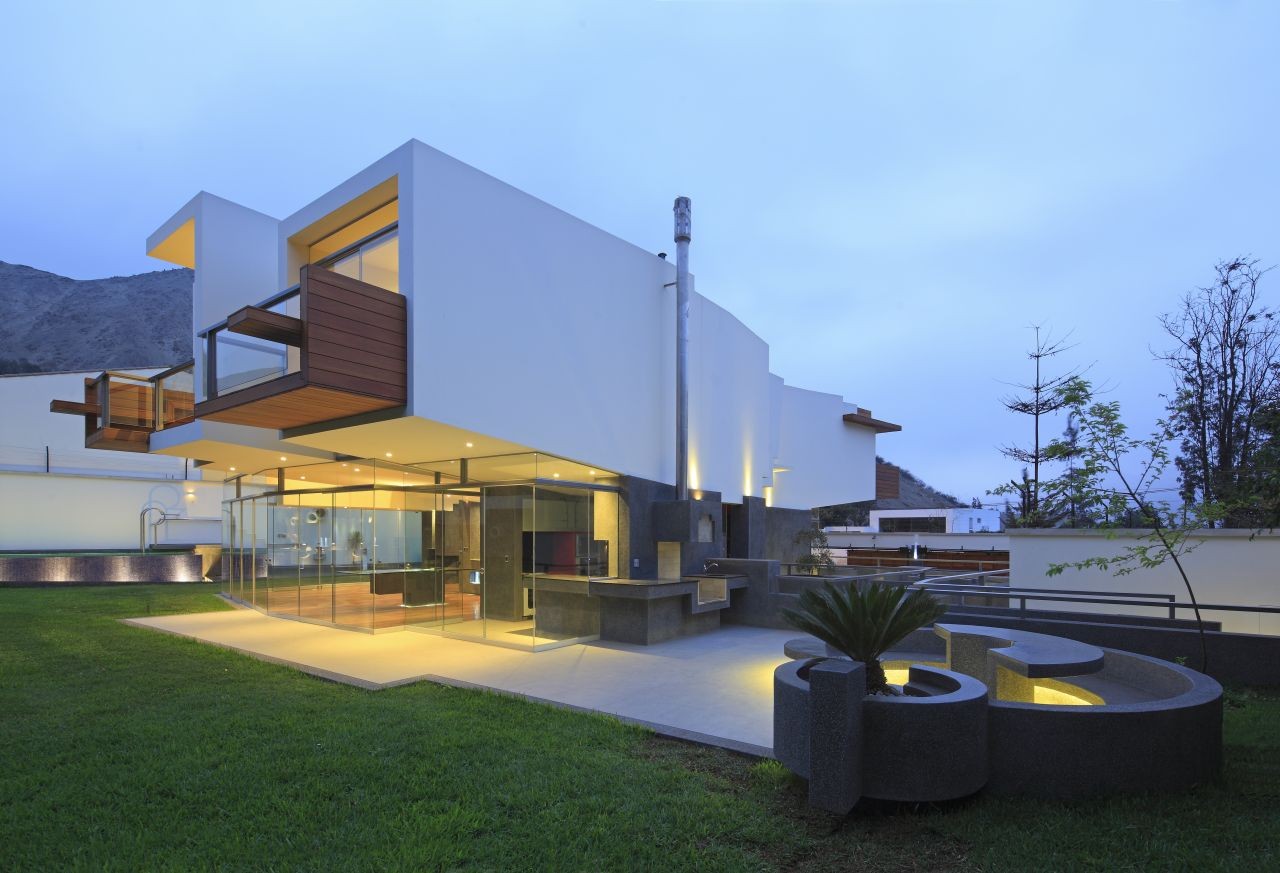 “The ‘black carved stone’ would be occupied by a 4 car garage, service patio, maid’s quarters and pool baths in the basement; kitchen, dining and living spaces in the first floor. The carving of the spaces would generate interesting ‘built in’ furniture with strong texture to be assorted with other natural and artificial materials in order for the allegory stone to remain as natural as possible to eventually be perceived as part of the owners’ desired garden. To complete the composition, the blackstone base supports four cantilever volumes containing the intimate rooms, as the ‘white floating stones’ once ambitioned by the client.” 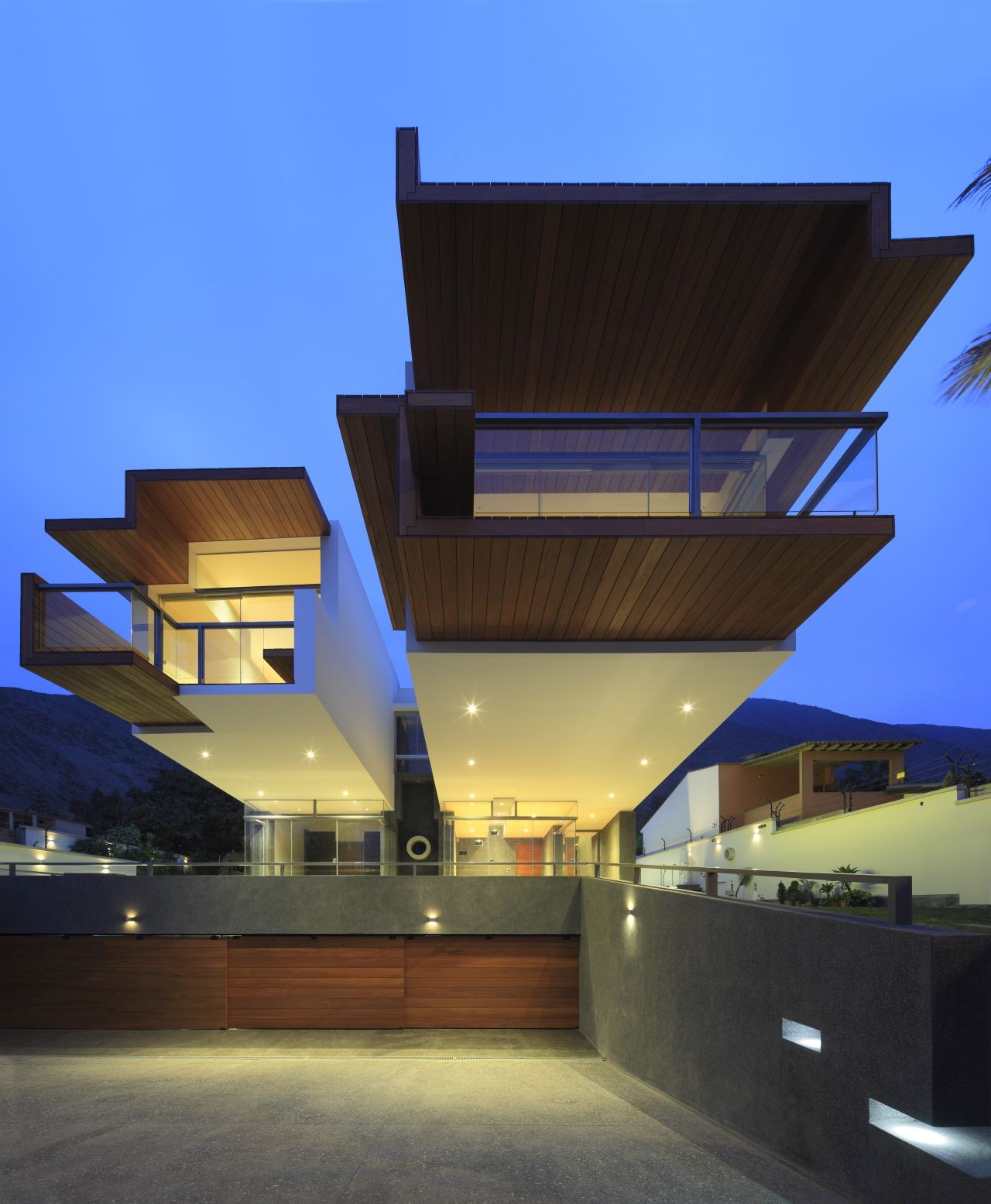 It’s hard to say where the line is with modern design to prevent something from looking dated in a decade or two, but ‘A House Forever’ seems unique enough – from its shape to its custom built-in patio furniture – to stand on its own in the years to come, as long as the owners don’t change their minds about their needs and preferences.