Usually, the only way to view a submerged shipwreck in person is to don scuba gear and dive beneath the surface of the sea — but if this proposal by architecture firm ZJA becomes a reality, all you’ll have to do is walk into a new aquarium-like museum built around the wreckage of the Dutch East India Company ship “Amsterdam,” which sunk near the English town of Hastings after a stormy night in 1749. 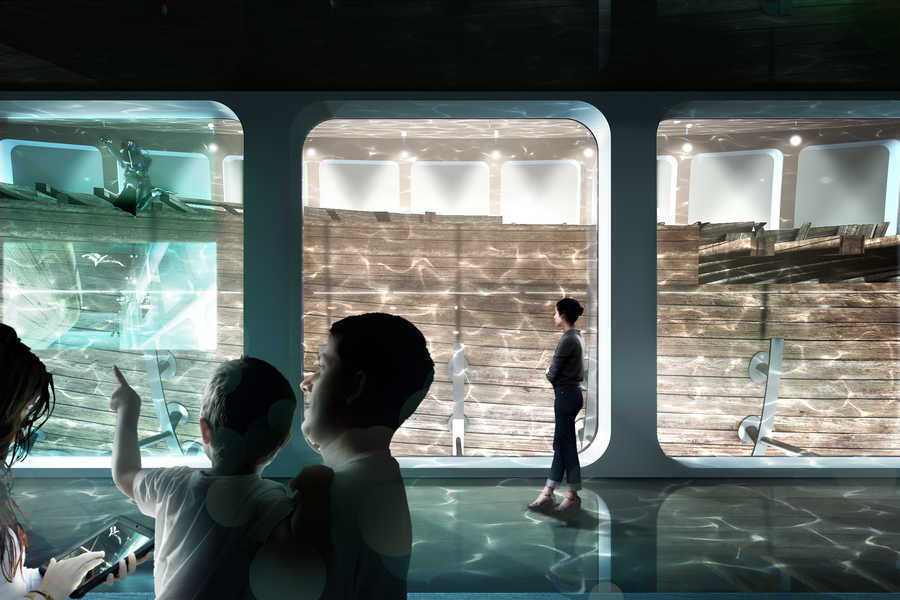 The ship could no longer be steered in the storm, and as the story goes, the captain intentionally beached it on the shoreline, allowing all 330 sailors, officers, passengers, soldiers, and others onboard to escape safely. Within a few months, it was overtaken by 23 feet of sand with a high clay content, effectively preserving it in place. It has remained there ever since, and it’s still in remarkably good condition. 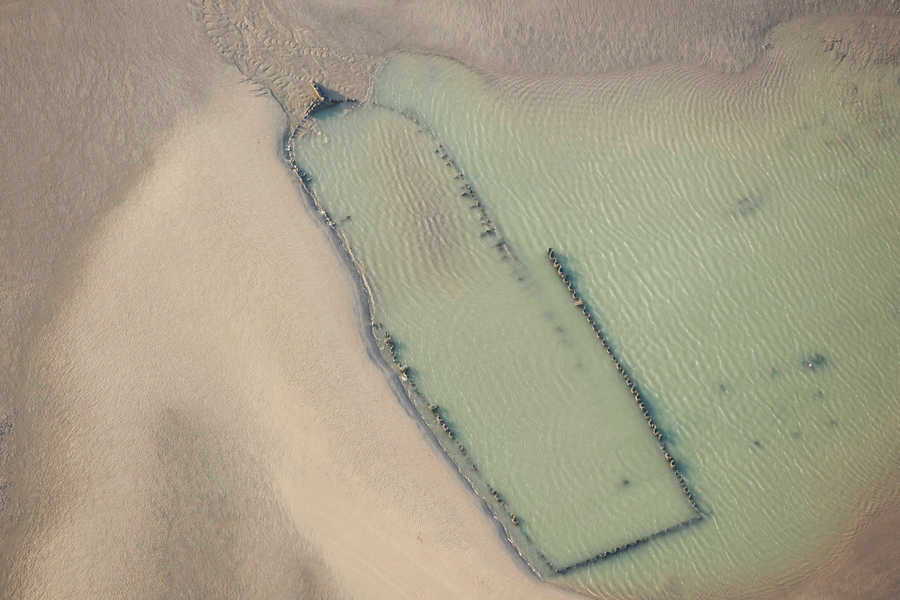 ZJA proposes transporting it back to Amsterdam without ever lifting it out of the water, working with industrial movers to excavate it from the seabed, load it onto a specially designed underwater dock, and sail it over 250 miles back to its home country. There, the 131-foot-long vessel would remain submerged as a capsule-like steel and glass museum called “Docking the Amsterdam” is built around it. A white domed canopy made of tensile fabrics would be visible above the surface, covering walkways that grant visitors overhead views of the wreckage.

The underwater areas of the museum let visitors see the ship close-up from enclosed glass chambers, taking in details like the wine, textiles, and silver bullion that still remain onboard. They’ll also be able to watch as archaeologists carry out work on the ship. The exhibit would include displays that highlight the “complete story” of the ship, including the Dutch East India Ship Company (VOC)’s involvement in the slave trade. 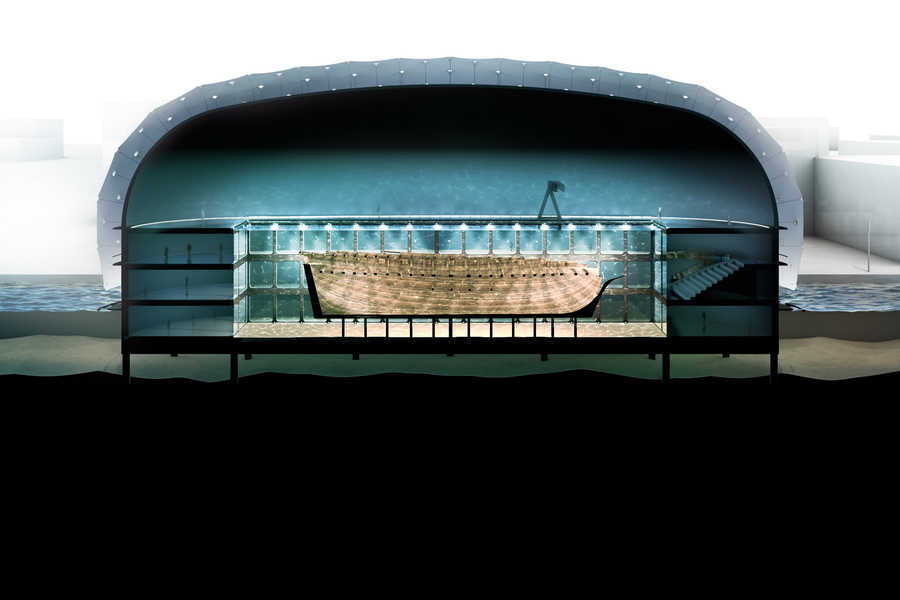 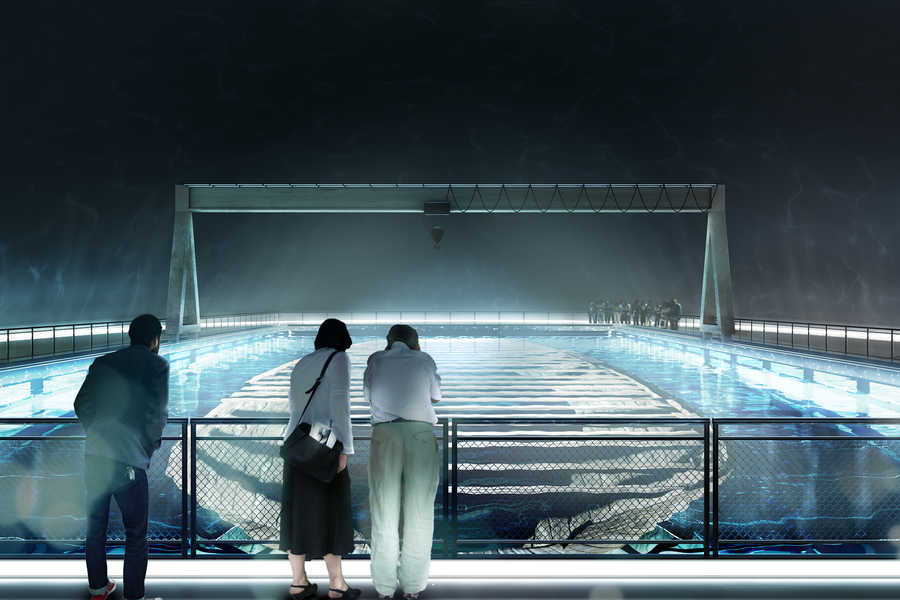 “Visiting this venue is like entering a theater that stages the investigation in progress and engages the public with the discoveries the divers and researchers do inside the wreck,” says ZJA. “The ‘Amsterdam’ is a treasure chamber that shows us how financial resources, information and technology, cultures, politics and violence, trade and globalization, innovation and exploitation merge.”

ZJA hasn’t yet determined the best location for the museum, but they’re confident that the coast of Amsterdam will be a more safe and stable environment for research on the wreck than its current location, where the tides have begun to damage the ship. 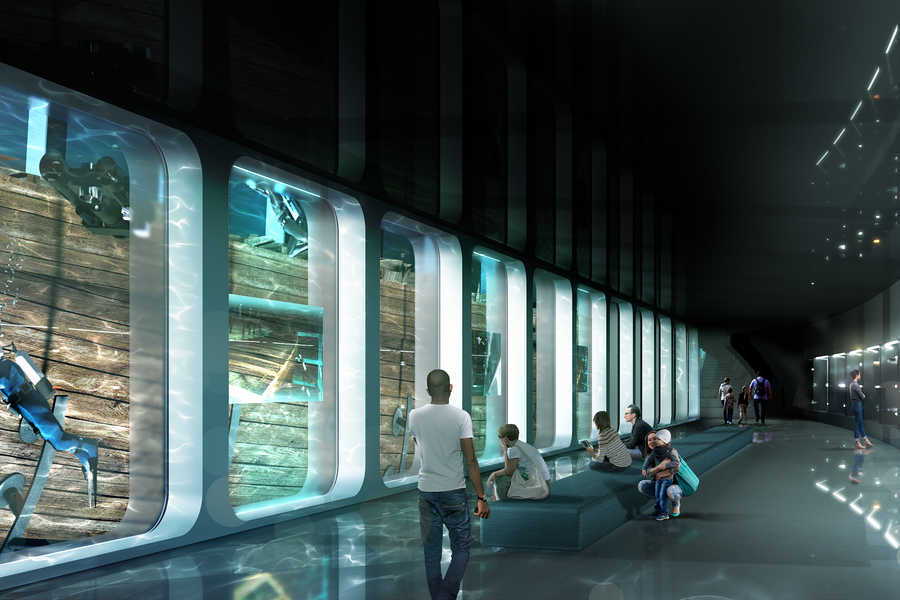 “The urgency of the project is twofold,” the architects told Dezeen. “Firstly, the ship was constructed by the VOC. Today’s perspective on the history of colonialism, the slave trade, and international trade makes reassessment and discussion essential. Secondly, the wreck is now in a place with a huge tidal range, [and] the currents that accompany this are eroding the wreck.” 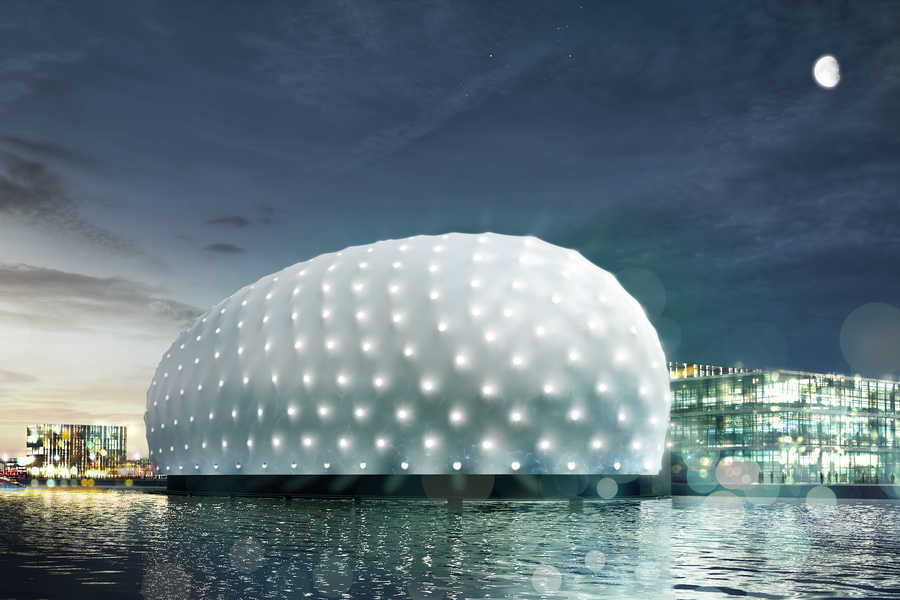 The firm set 2025 as the target date for the opening, as the process of transporting the ship is expected to take several years. The project was commissioned by the Docking the Amsterdam Foundation and is led by Amsterdam city archaeologist Jerzy Gawronski.