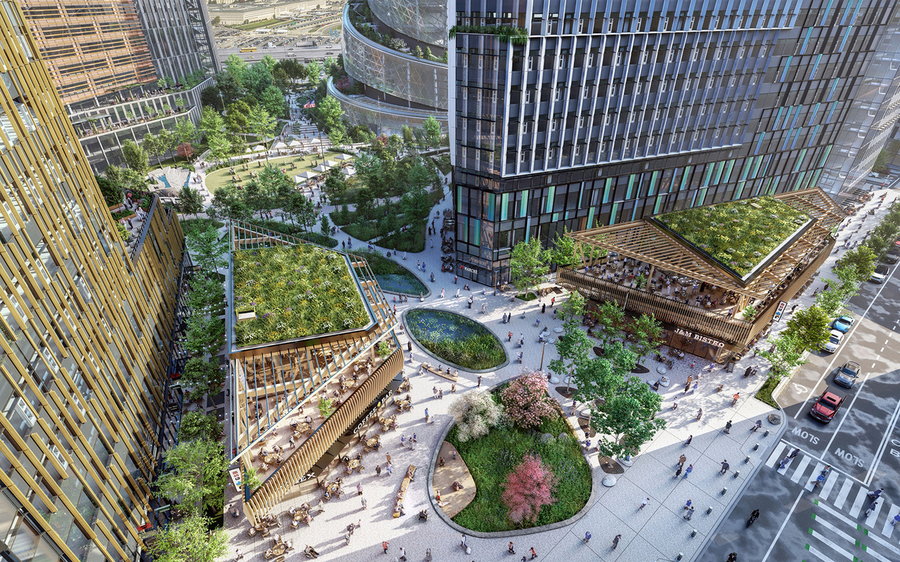 Occupying one of the largest undeveloped parcels in the Washington, D.C. area, the $2.5 billion HQ2 complex will be planted with hundreds of native plants, run on 100-percent renewable electricity via solar panels and a local solar farm, and make use of high-performance glazing and built-in solar shading to reduce heating and cooling needs. 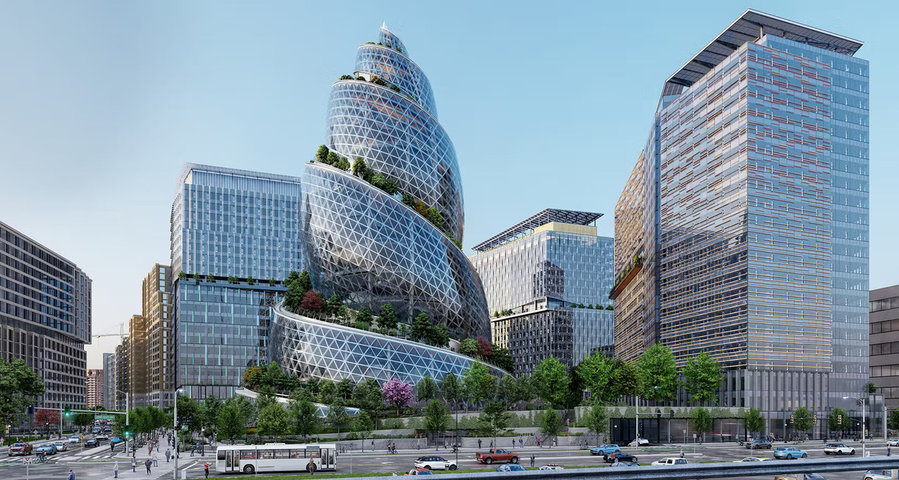 The “Helix” building was designed with biophilic principles in mind, just like Amazon’s The Spheres HQ in Seattle (both designed by NBBJ). The spiral-shaped building will be located in the northeast corner of PenPlace and feature two walkable paths of landscaped terrain spiraling up its exteriors. Inside, employees will find both formal and casual meeting spaces in a greenhouse-like environment full of planting areas and living walls.

“The exterior of the structure will feature two paths for employees to engage with colleagues in meetings or to take in views of Arlington, the Potomac River, and Washington, D.C. The Helix will also be home to an artist-in-residence program and a meeting center, and it will be open to the public and community to enjoy two days per month,” Amazon stated in a press release. “We can’t wait for everyone to see this unique and thoughtfully designed space come to life.” 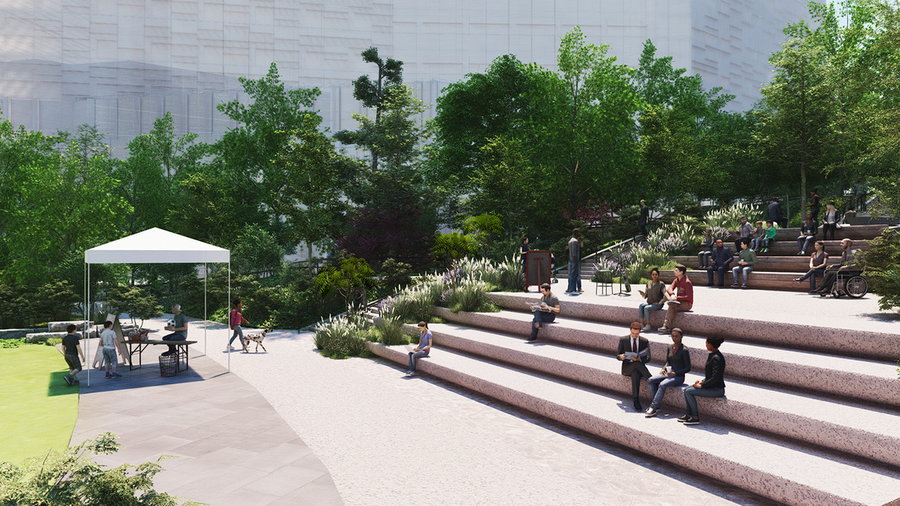 The review process encouraged Amazon to add features like solar panels, bike lanes, and green space to PenPlace, including a tree-lined “green ribbon” pathway that slices through the complex. The company also agreed to contribute $30 million to an Arlington fund to subsidize preserving and building affordable housing as part of its negotiations. Arlington residents hope that additional concerns will be addressed in the future, including providing additional community resources like space for a library, but some are skeptical that the public will feel comfortable using a green space full of surveillance cameras on a corporate campus. 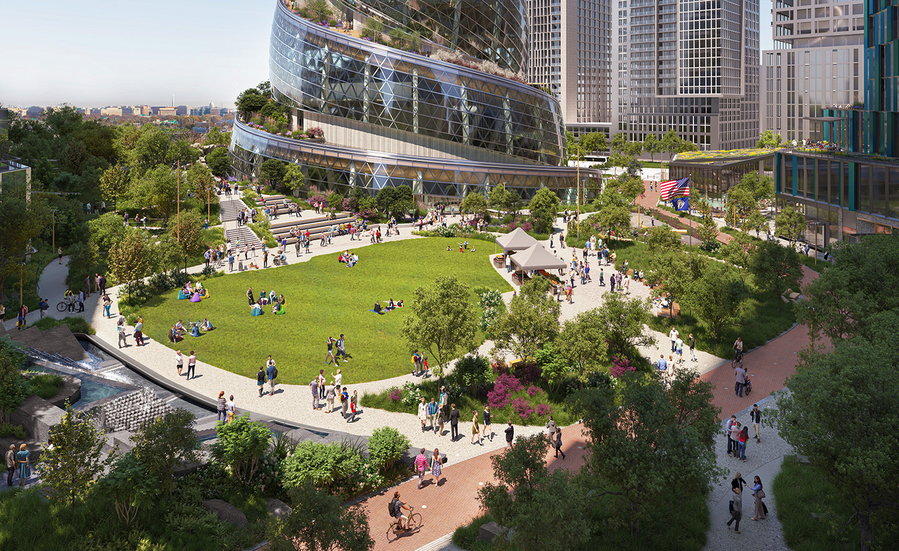 Amazon’s arrival comes amidst growing inequality, gentrification, and displacement in the larger D.C. region, and the 25,000 jobs it plans to add to the area could contribute to the problems rather than alleviating them. Virginia wooed the company with millions in direct cash subsidies on the condition that its new Arlington hires earn an average of $150,000 a year. Unfortunately, clusters of higher paying jobs for specific skills like technology tend to elevate the local cost of living and push out lower wage earners. Since Amazon’s HQ2 announcement, aviation giant Boeing has also announced a move to Arlington, and more companies are expected to follow.