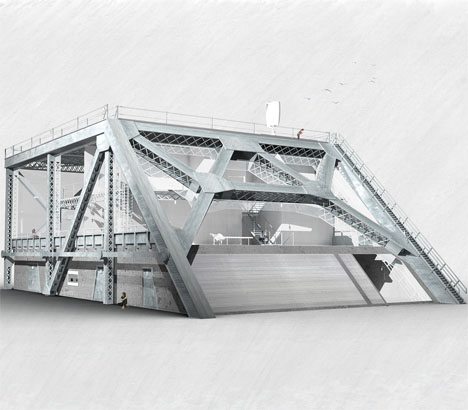 A section of San Francisco’s disused, half-demolished Bay Bridge could be recycled into a multipurpose structure called the Bay Bridge House, functioning as both a museum and an apartment rentable through AirBNB. The bridge, which has one of the largest spans in the world, links the city to Oakland; earthquake damage and other safety concerns led to the replacement of the eastern span in 2013. 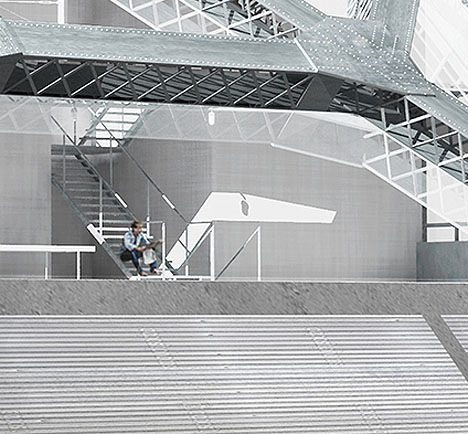 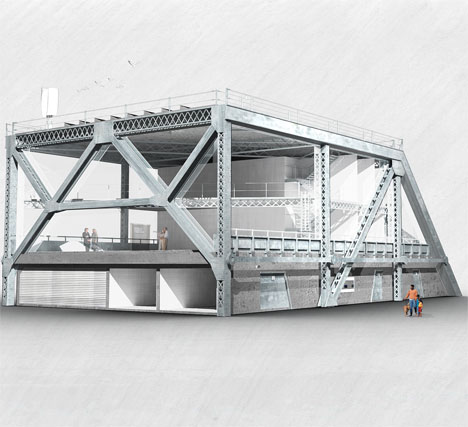 The original Bay Bridge opened in 1936 and is on the National Register of Historic Places, but most of the pieces taken down during the three-year disassembly process will go to China as scrap material. A number of artists, architects and designers are gunning for pieces of the bridge, including local entrepreneur David Grieshaber, who dreamed up this project. 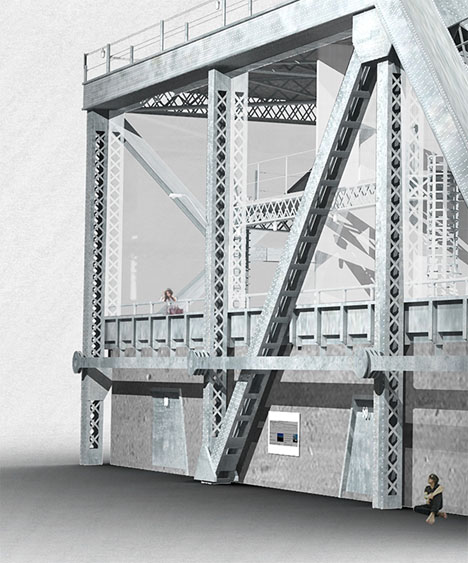 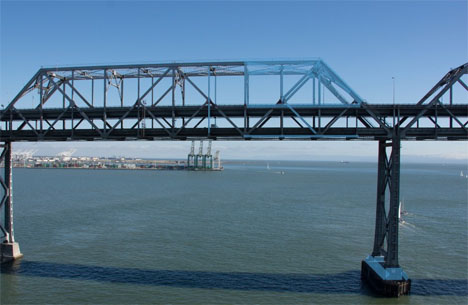 Bay Bridge House would use the 504 section of the old bridge to create a modern, self-sustaining eco housing and co-working space. The former pavement of the bridge would be used as the foundation, with the steel portions as the frame. The house would be placed in Oakland to preserve a little piece of the city’s history and keep it with the people. Will it ever really get built? Who knows – so far, the city hasn’t revealed any plans to release the materials for anything other than a new park planned for the east end of the new bridge. 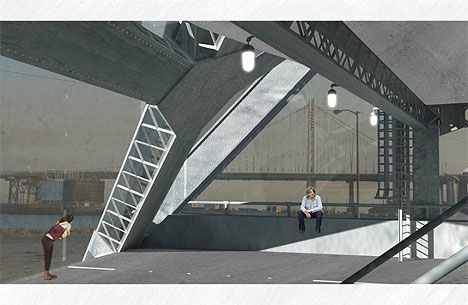 “A piece of our history will be gone forever,” states the Bay Bridge House website. “Some of the bridge should remain behind for future generations to enjoy. There are plans for pieces in Gateway Park, maybe a pier with a view where the bridge once was and even talks of pieces in a museum. We think that something more creative should be done with some of the scrap. Let’s use a few small sections and create the most modern self-sustaining housing and eco multi-use space in the world.”