This summer, some lucky vacationers in New York will have an incredibly rare opportunity: the chance to stay overnight in a “livable sculpture” by Chinese artist Ai Weiwei. The artist and architect’s one and only building in the United States will be available for rent between June 4th and September 7th, and it’s on the market for sale, too. 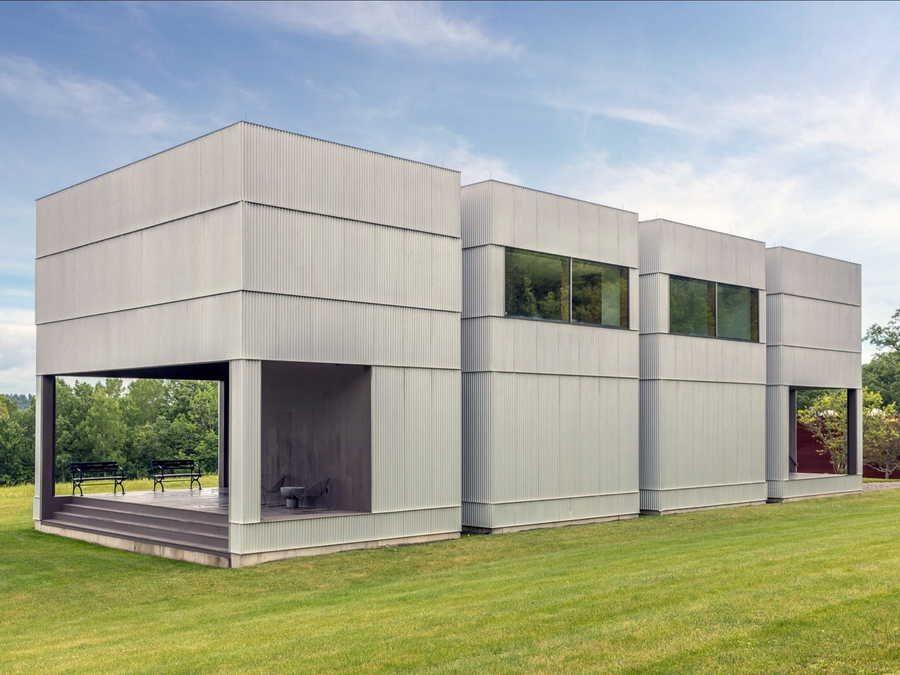 The Tsai Residence is set on 37 rolling acres in the rural community of Ancram, New York, about two hours north of Manhattan. Weiwei designed the Catskills vacation home for a Chinese-American businessman and art collector in collaboration with Switzerland’s HFF Architects in 2006. The compound includes a 3,500-square-foot, three-bedroom main house consisting of four blocky connecting modules and an adjacent Y-shaped guest house with a dramatic rust-colored Corten steel facade.

The main house is clad in white metal panels, looking quite outside the norm for rural architecture from the outside, but taking inspiration from the layout of traditional country houses for its interiors. The design is simple and minimalist, pairing expansive white walls with warm wood tones and gray stone. These volumes exude a quiet elegance, with narrow cutouts, large glass windows, and a terrace creating a connection to the hilly setting. 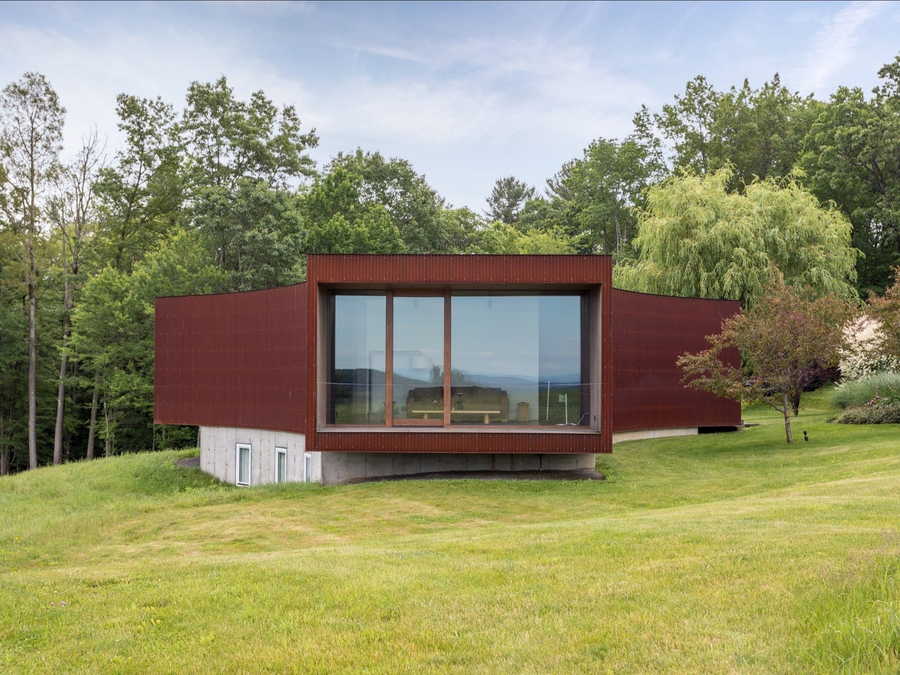 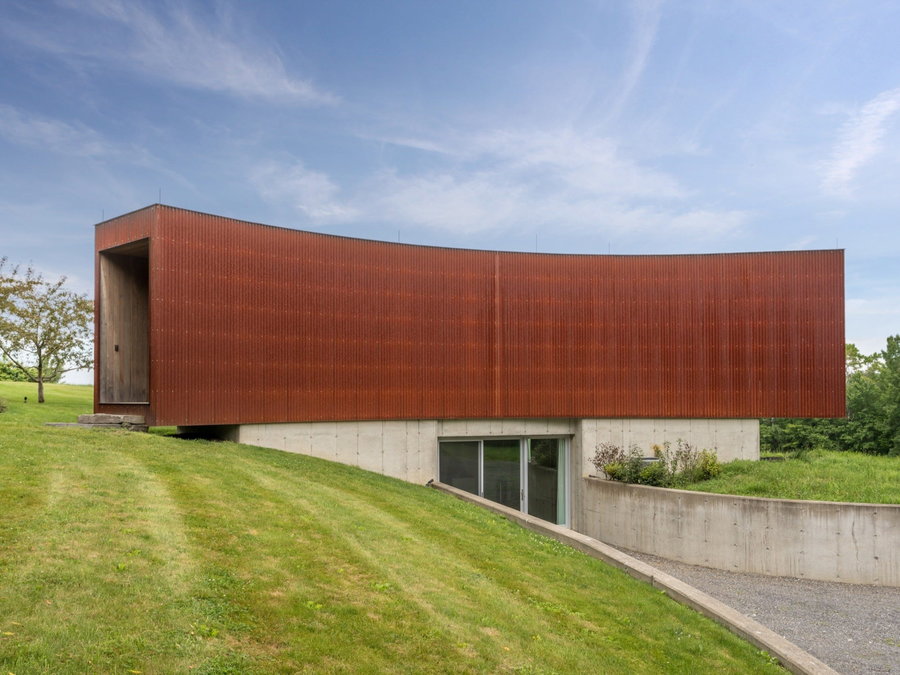 The guest house, in contrast, is eye-catching and dramatic. Designed three years after the main home, it features two symmetrical wings lined in knotty timber and a large round skylight. Within it are two bedrooms, a studio, and a gallery space. Other notable features include three fireplaces, a heated pool, and a high-end kitchen by Italian manufacturer Boffi.

The compound has already been rented, unfortunately (at a rate of $125,000 for the season), but it’s still available for purchase with an asking price of $5.25 million. 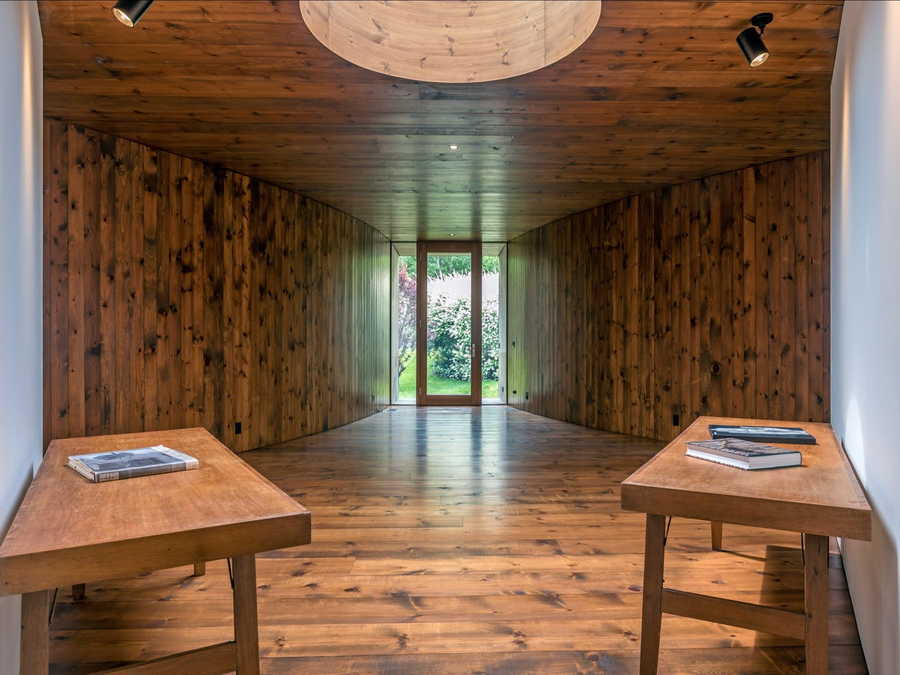 Ai Weiwei is best known for his highly political contemporary art. Born in northwest China, where he grew up under harsh conditions due to his father’s exile, he is among the Chinese government’s most vocal dissidents, especially in relation to democracy and human rights. In 2011, he was detained without charge for over 80 days for spurious “economic crimes”; since being allowed to leave the country in 2015, he has lived in Berlin, Germany, and Cambridge, UK with his family. 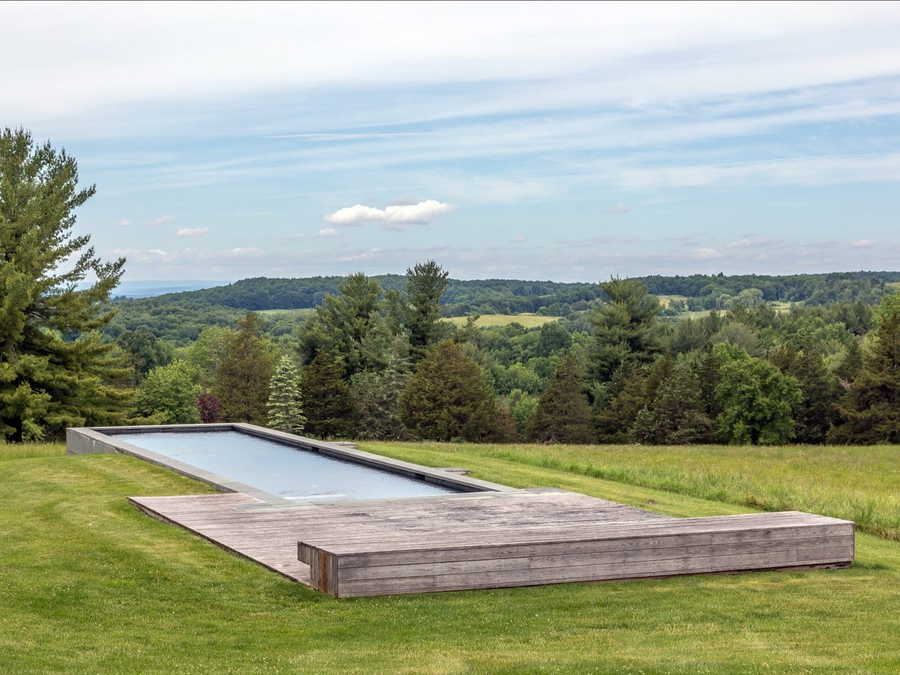 His many works include a recent series of installations in New York City commenting on border walls entitled “Good Fences Make Good Neighbors,” his stacked and layered bicycle sculptures referencing China’s position as a leader in mass production, and “Thin Line,” a four-mile-long fiberglass installation within the historical center of Amsterdam that lit up red during the 2018 Amsterdam Light Festival. 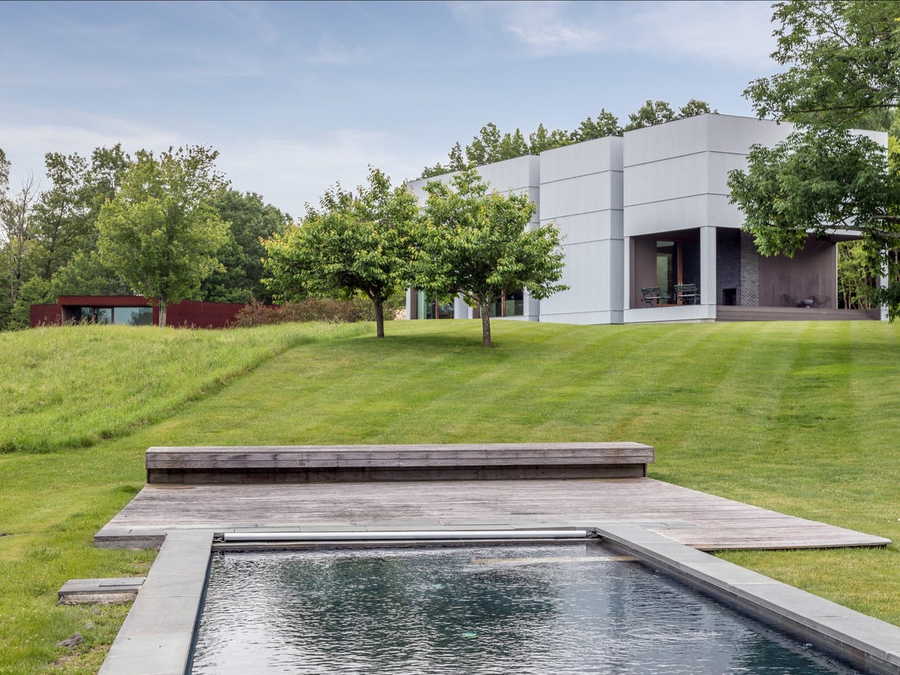 “Freedom comes from struggle,” said Weiwei in a 2017 interview with Cineaste. “Freedom does not exist if the struggle is empty. Freedom is not an absolute condition, but a result of resistance. The satisfaction of this struggle, in fact, gives shape to our lives. Life does not originally take a form of freedom; only through the process of resistance does this form take shape. At other times, life is just an empty frame requiring freedom to fill it, which requires constant effort. To fight for freedom is to fight against the political, ideological, or social structures imprisoning the individual.”