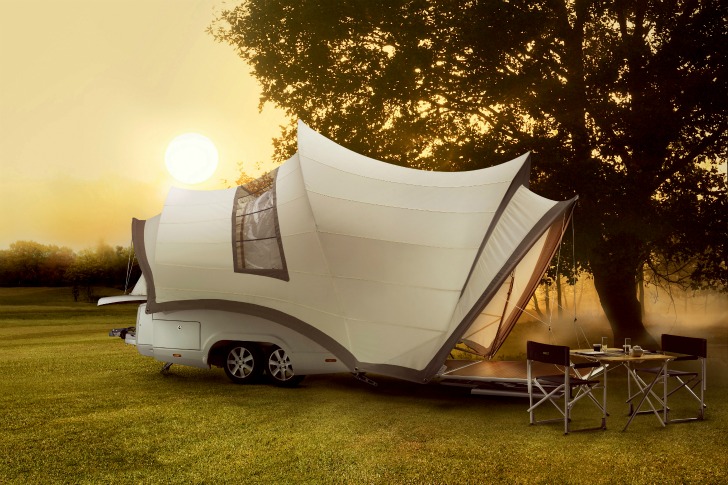 The staged renderings of the sculptural Opera camper trailer were definitely dramatic, much like the Sydney Opera House from which its shape was derived. Now, however, the design has reached the physical prototype stage and its theatrical debut is as every bit as impressive as one might hope – and created to appeal to mobile retirees and young roadies alike. 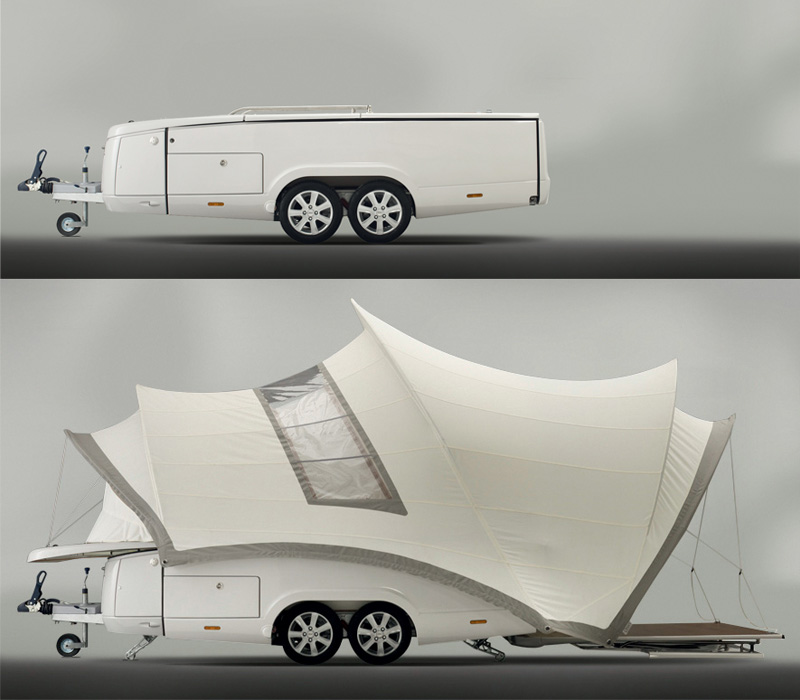 Why settle for a boring everyday RV when you could have a replica of one of the world’s most famous theatrical halls instead? The Opera achieves its standout shape thank to a surprisingly simple set of canopies and supports that pop out of the streamlined camper base on demand. 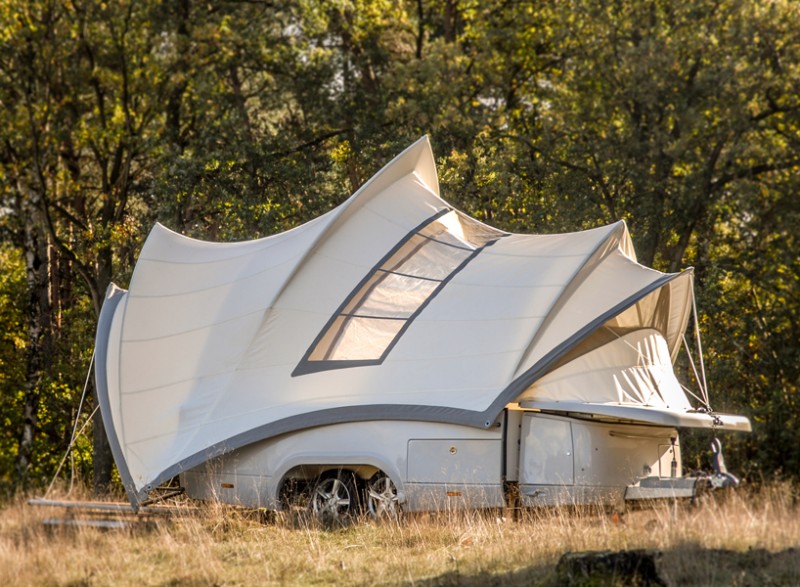 Designed by Belgian architect Axel Enthoven, the Opera modern camper trailer is the ultimate in cool and unique modern pop up campers, and it’s incredibly compact as well. Everything packs away much smaller than you’d imagine, and the trailer can be towed behind a standard vehicle.

“The finishing touches are currently being put to the first Operas, which are being made completely by hand in Geldrop in the Netherlands. Only first class materials like hardwood, stainless steel and leather are used in production. The dimensions of the Opera are magical. When it has opened and levelled itself by electric power – inside 5 minutes and without tent pegs, stabilizer jacks and loose tent poles – what you see is a residence measuring 7 metres long, more than 3 metres wide and 3.5 metres high with every conceivable luxury: two first class and electrically adjustable beds that become one with a single simple movement, hot and cold water, ceramic toilet, LED lighting and a mobile hob and barbecue, for example, for cooking outside. An exclusive, small number of Operas will go into production in 2010.” 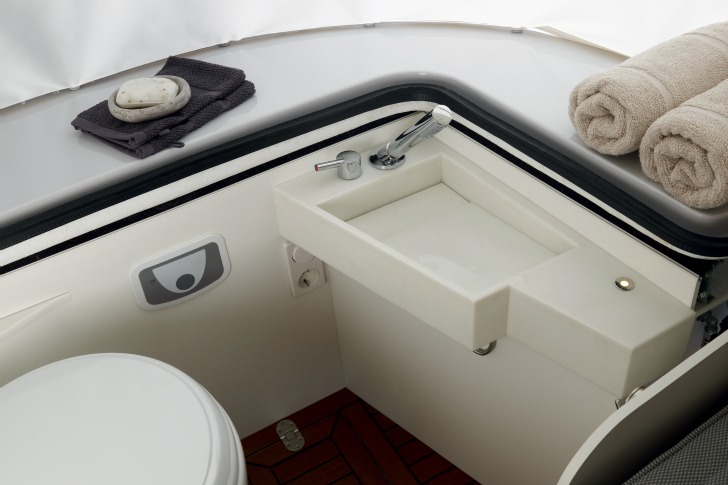 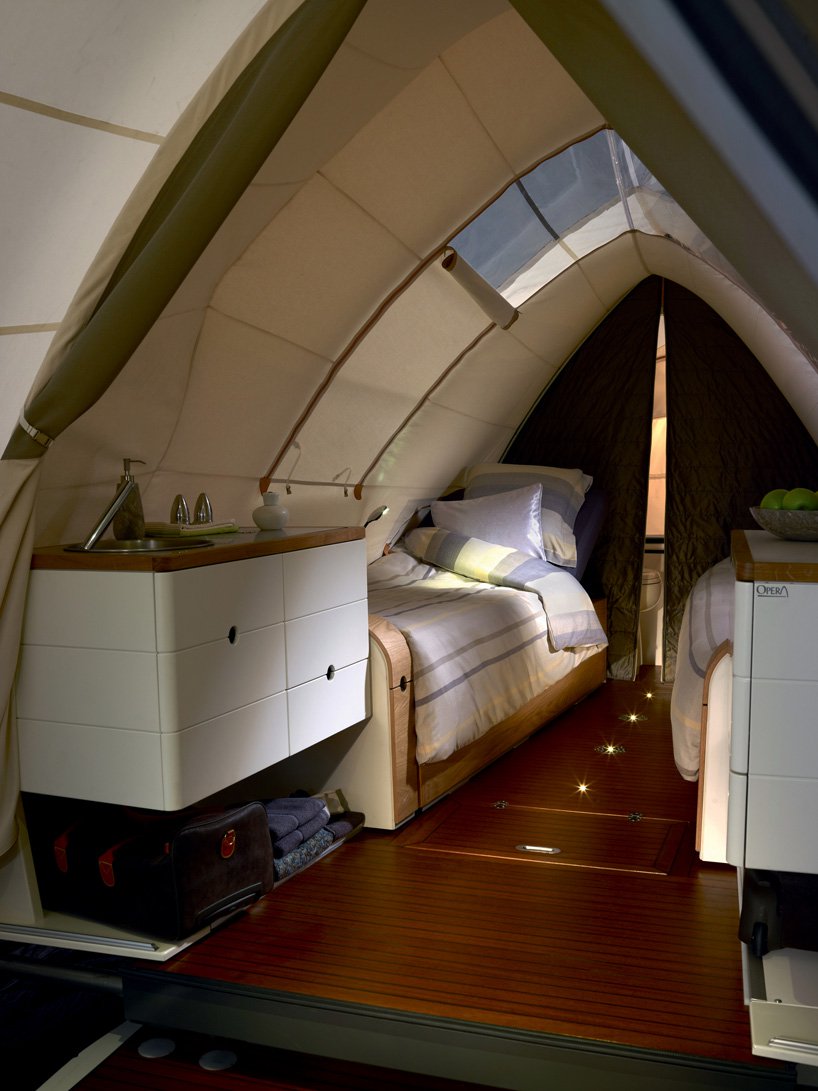 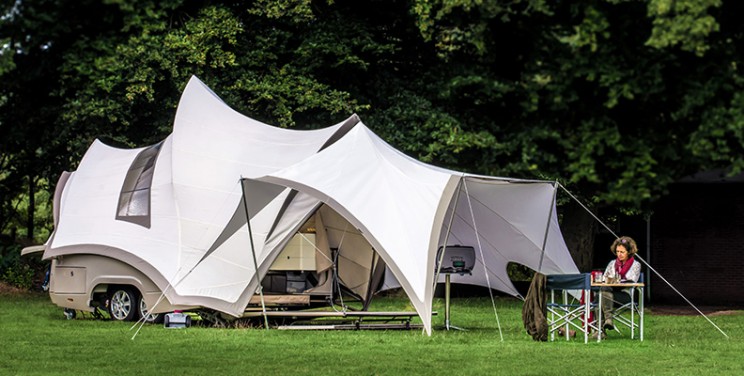 This is clearly “glamping” in one of its most compact forms, allowing for all sorts of luxuries you wouldn’t normally have while roughing it in the woods — like a modular teak verandah, drawers and other storage for your clothing and small items, a skylight and at least a little bit of privacy in the bathroom.