Ever since it first gained wide popularity in the 19th century, the Victorian glasshouse has become an iconic feature of large estates and botanic gardens throughout the United Kingdom. Helping warm-weather plants like oranges, avocados, and grapes thrive in the historically chilly climate, these structures maximize light and create an ideal temperature inside, usually consisting of a cast or wrought iron frame paired with plenty of glass. More ornate than the typical greenhouse, they also tend to feature architectural embellishments and rounded shapes. 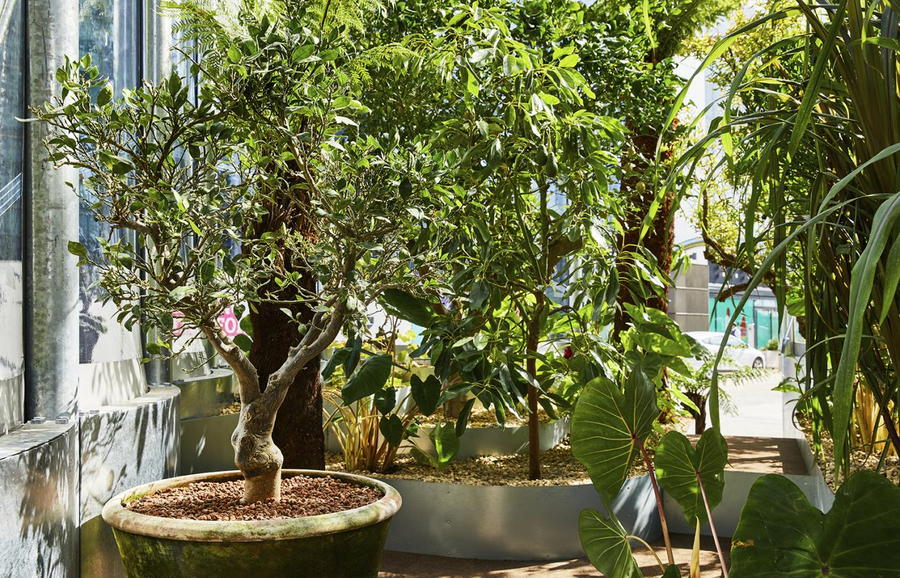 Modern interpretations that do justice to the spirit of the original Victorian glasshouse maintain some of those integral features with updated designs. One such structure now stands outside the International Quarter London (IQL), reviving an old neighborhood tradition with an interesting new silhouette. Created by London-based architecture practice Studio Weave and supported by Lendlease and LCR, The Hothouse is both a functional glasshouse and a statement about climate change. 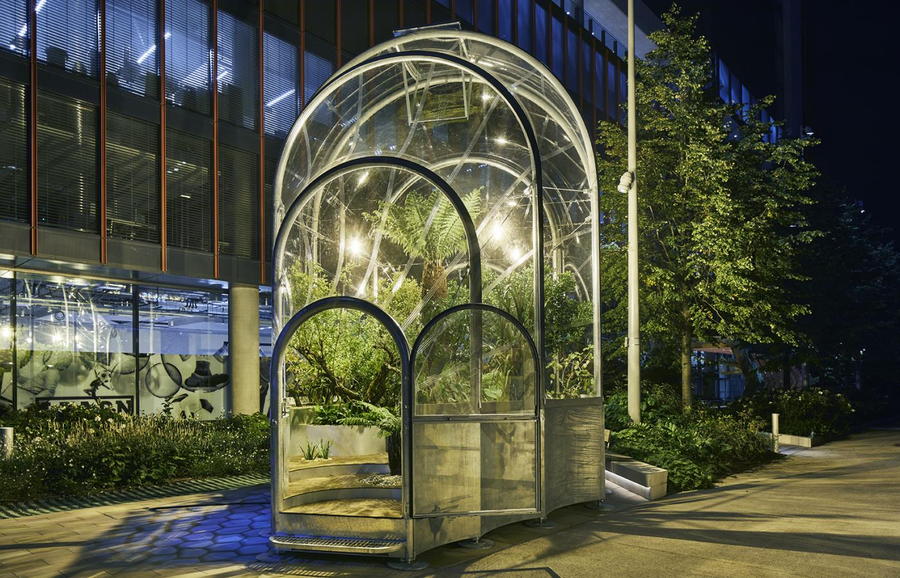 The Hothouse is London Design Week’s Landmark Project of 2020, opening just in time for the London Design Festival that took place from September 12th to 20th, 2020. Set to remain in place for a full year, the glasshouse features a garden designed by Tom Massey, planted with a vast array of food crops from all over the world, including guava, gourd, chia seed, pomegranate, quinoa, mango, sweet potato, lemon, sugarcane, loquat, and more. Each of these tropical varieties was chosen for a symbolic reason: namely, scientists say it could get hot enough in the UK to grow them all outside by 2050.

“IQL is a new neighborhood in the heart of Stratford and on the doorstep of the Queen Elizabeth Olympic Park,” reads the London Design Festival website. “The area has a rich tradition for growing under glass and was historically once dominated by a 20-mile stretch of greenhouses along the Lee Valley corridor. In the 1930s, there were more than 1,300 acres of greenhouses facilitating the production of ornamental plants and flowers, as well as exotic fruits at the time such as grapes and cucumbers.” 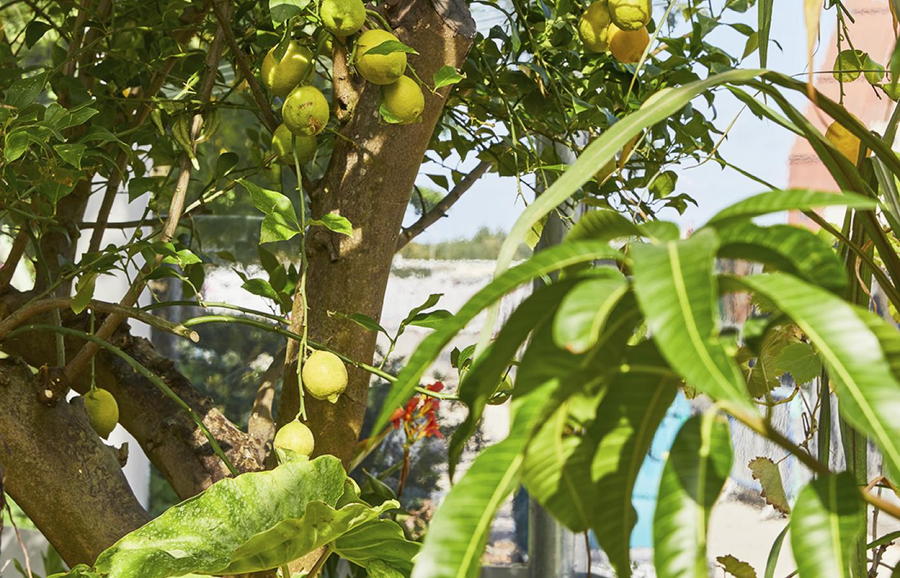 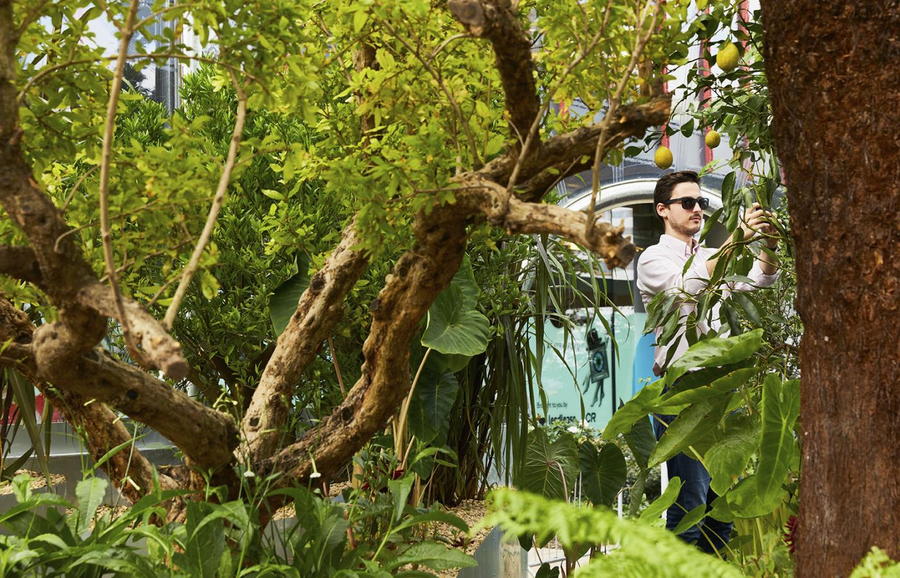 “The installation seeks to demonstrate the effects of climate change whilst also celebrating the beauty of plants and humans’ adaptability, ingenuity, and ability to overcome problems and create safe and stable growing environments for plants from all over the world. By 2050, scientists predict that air quality levels could be five times worse, crop yields could decrease by 30 percent, and temperatures could be rising towards a 4°C increase globally by the end of the century. We have already experienced over 1°C temperature increase since pre-industrial times, and anything over 2°C could have catastrophic consequences for people and the natural world. It is critical we collectively take urgent action today to avoid further heating of the Earth.” 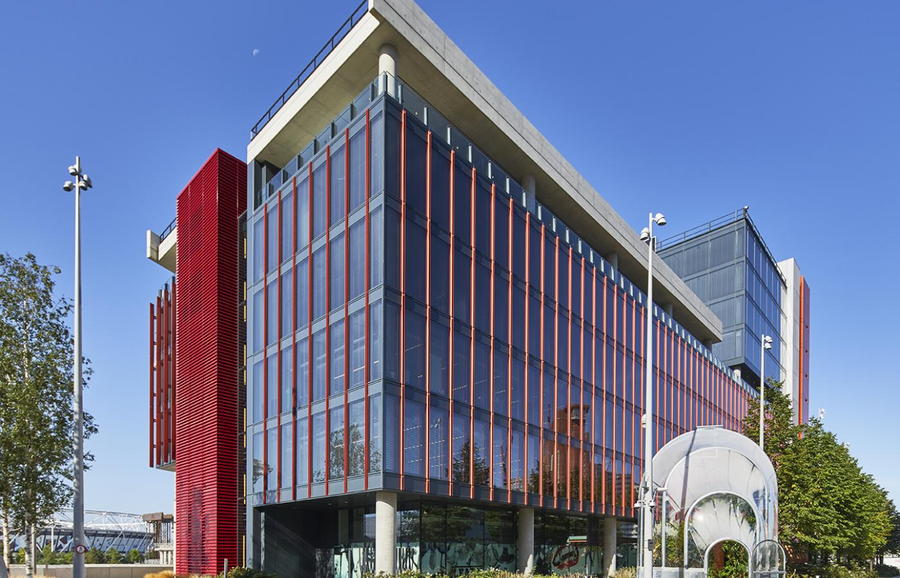 As one of the only major events not cancelled in 2020, the London Design Festival drew thousands of visitors, gaining a lot of visibility for the project. The idea that England could soon be too hot to need glasshouses is strange and disturbing: at once a vivid illustration of the real effects we could start seeing very soon and the urgent need to take action.