People tend to be pretty enchanted with Fallingwater, Frank Lloyd Wright’s most famous house. Built on top of a waterfall, it has the highly unusual pleasure of straddling a waterway, making the sound of the flowing water a major highlight. It’s easy to see the appeal — and also easy to see why houses like this are so rare. 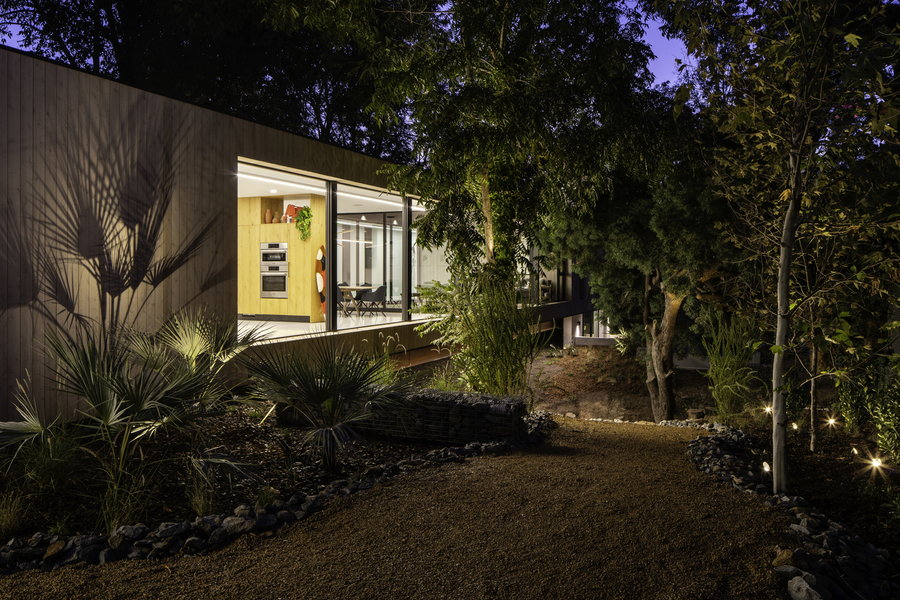 First, there’s the fact that Fallingwater came close to literally falling right into the water thanks to a cantilevered design that wasn’t well supported. Erosion of the banks on either side presented a serious concern, and dampness penetrated the house on all sides. Ultimately, it’s cool to look at but not very practical. But could a different sort of design on a different sort of waterway be successful in ways that Fallingwater isn’t?

Architect Dan Brunn didn’t have Frank Lloyd Wright in mind when he designed “Bridge House” over a small natural stream in the mid-Wilshire area of Los Angeles. He was actually inspired by the elongated motor court of the Breakers, the ostentatious waterfront Vanderbilt family home in Newport, Rhode Island, though you’d never guess it from the final result. 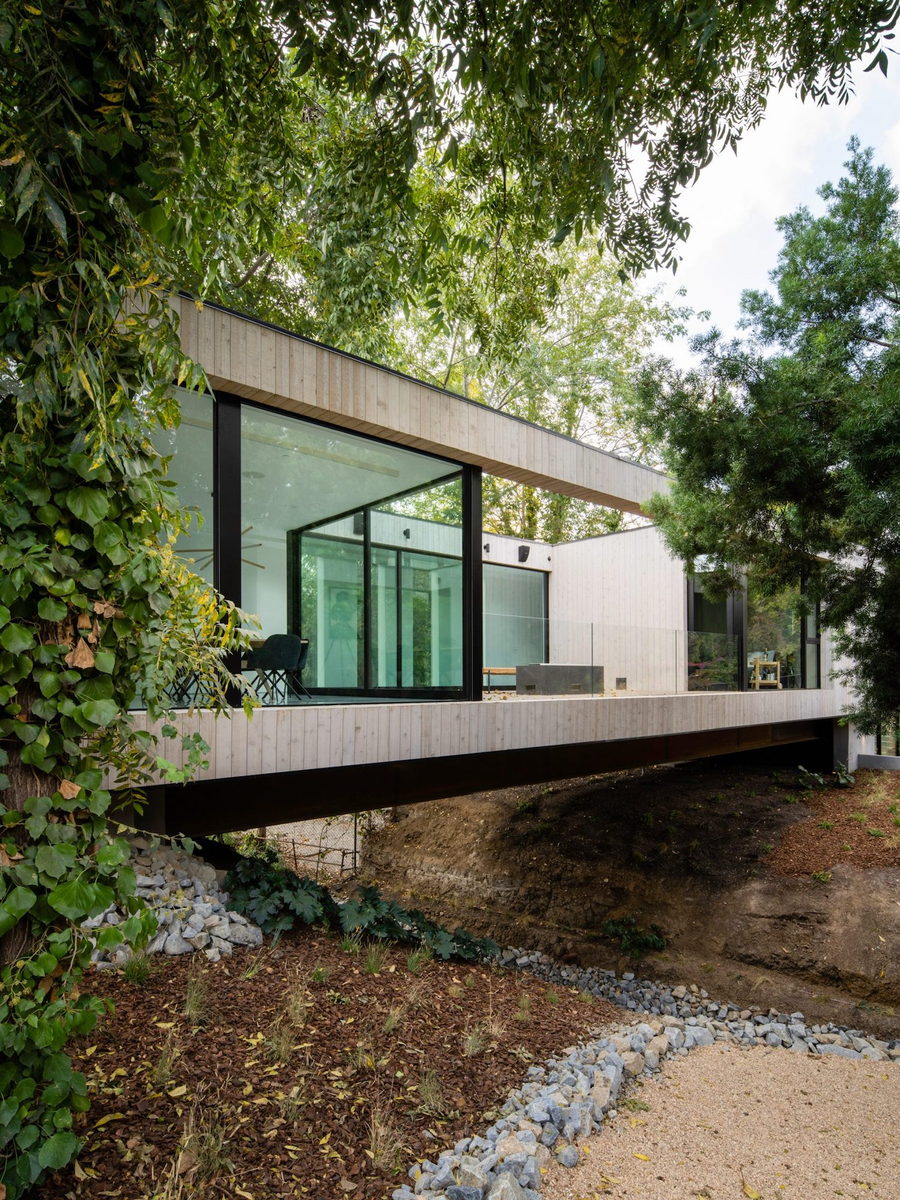 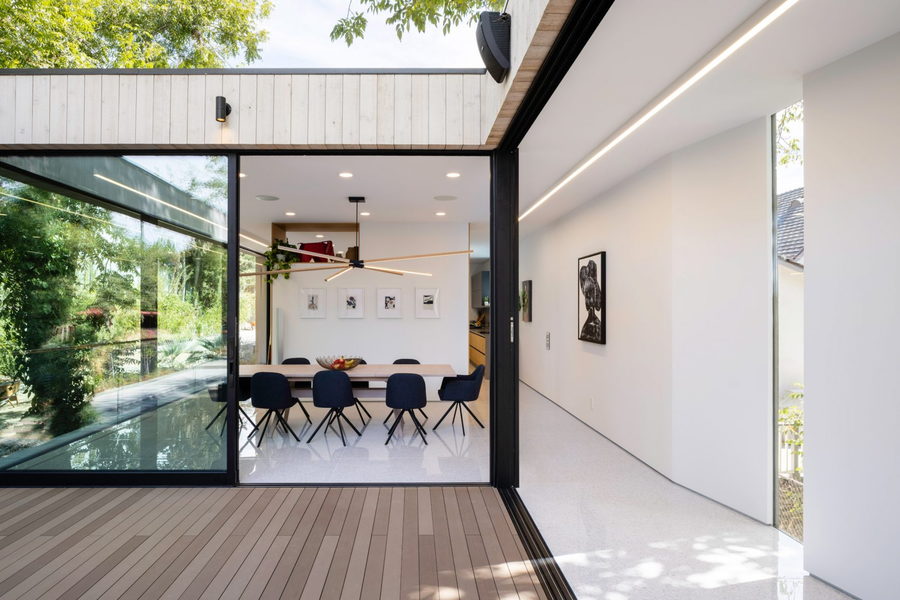 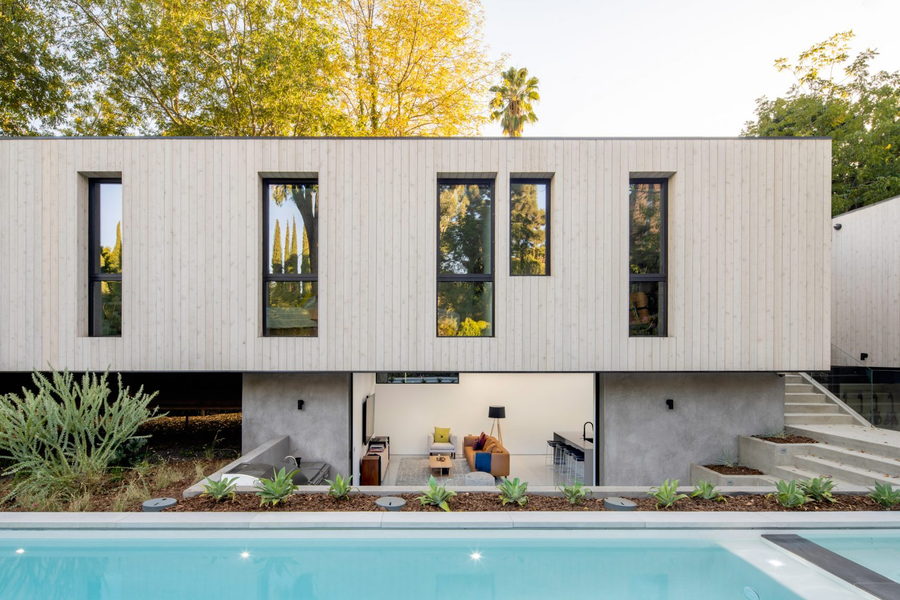 The home is true to its name, with a simple form stretching from one bank of the narrow trickling stream to the next. Sleek and modernist, it has no unnecessary frills or complicated floor plans. Serving as Brunn’s full-time residence, the 4,500-square-foot home has a rectangular shape, measuring 20 feet wide by 210 feet long, stretching from the front of the building site to the back instead of side to side like a more conventional residence.

“The idea is to do something extraordinary with ordinary means,” says Brunn.

That wasn’t his first idea, though. When he bought the property, he intended to renovate the existing home, but problems with the foundation soon emerged, so he decided to go in a dramatically different direction instead. Determined to build to zero net energy (ZNE) standards and make full use of passive solar orientation and the beautiful views, the architect saw the bridge plan as a way to have a lower impact on the site. 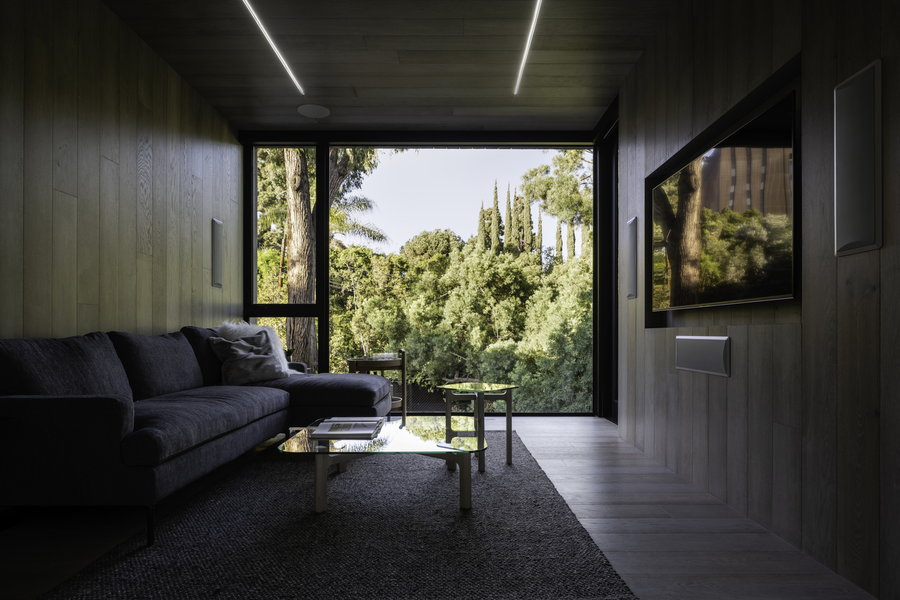 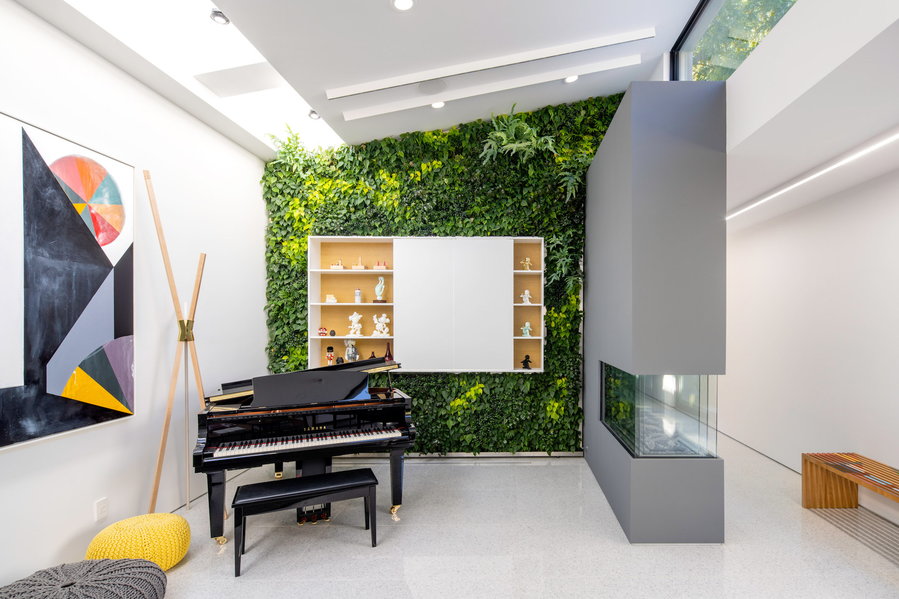 Usually, the opposite would be true. One good reason we don’t see a lot of residences straddling creeks and streams is all the potential for disruption and pollution, not to mention messing up the views for other people. But the lightweight modular steel structure of the Bridge House, supported by two heavy steel beams, made it possible to set the building in place without making a mess. The fact that the stream is small and flows within a private neighborhood helps, too. 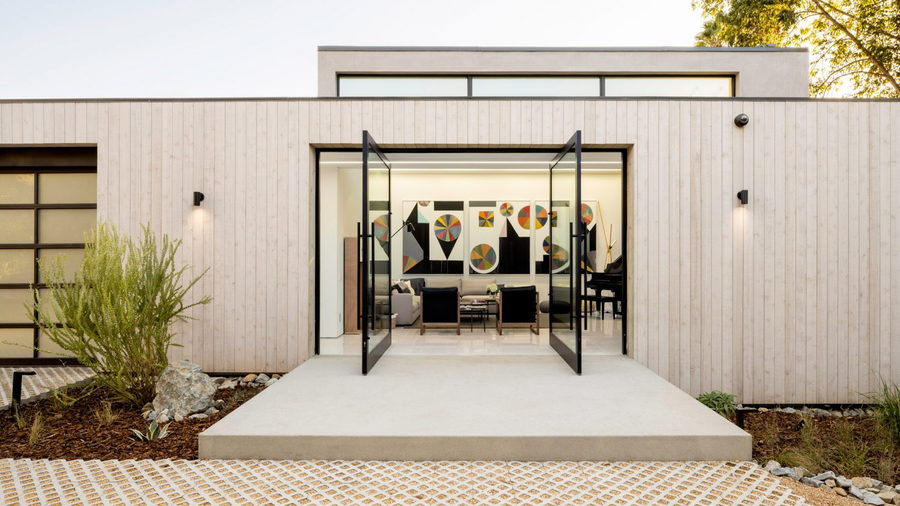 Making extensive use of carefully placed glass, Bridge House gets sunlight streaming in from optimal angles all day long and focuses views on the trees and water outside rather than neighboring houses. Standout features include a Series 980 Double Pivot Door from Western Window Systems, which sets the airy, welcoming mood at the main entrance, and a courtyard centered over the stream so it can really be enjoyed to the fullest.