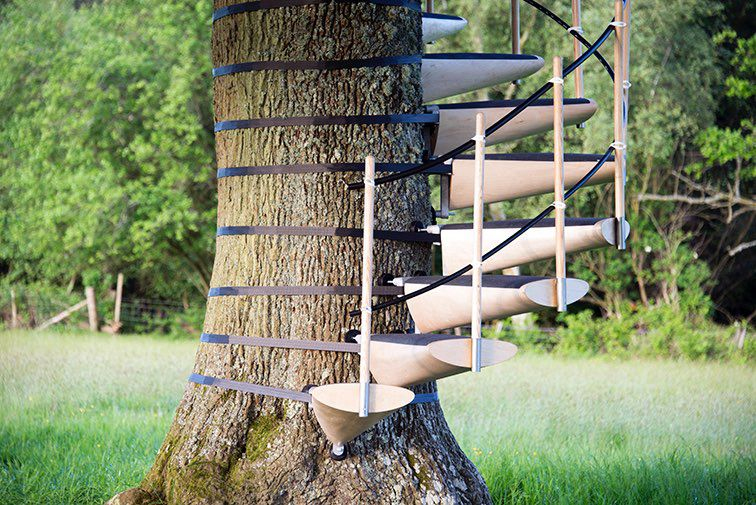 There’s basically nothing better in the world than climbing a tree and watching the world go by from way up in the branches. But when you get to a certain age – say, past 16 or so – climbing trees tends to get a bit more difficult. Designers Robert McIntyre and Thor ter Kulve developed a system that takes the work out of tree climbing and leaves you with just the fun, whimsical part. 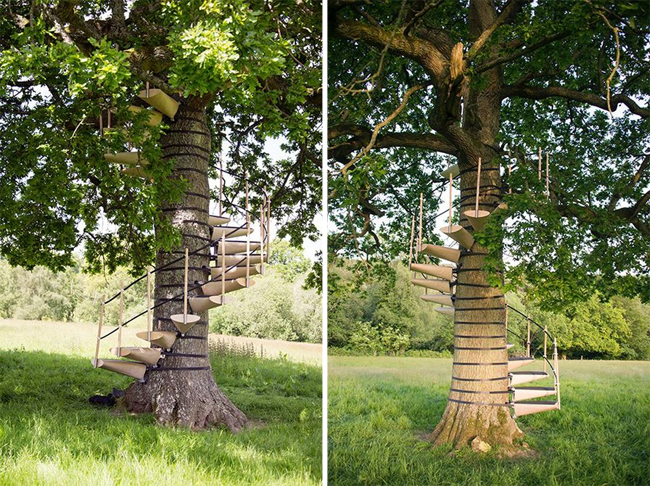 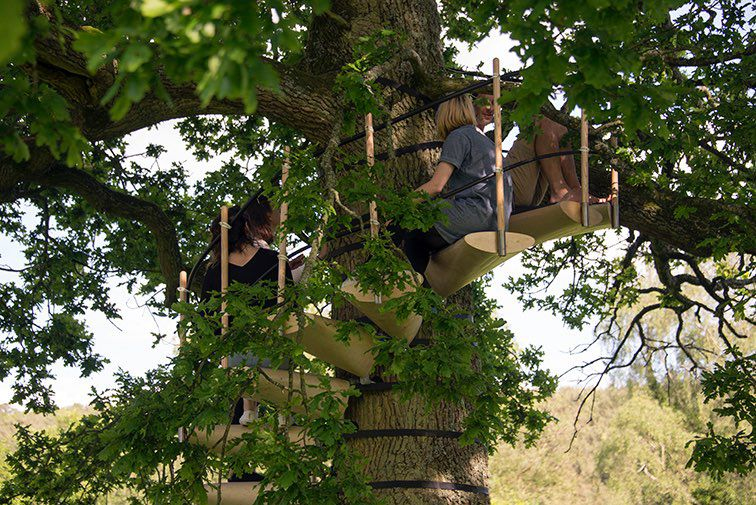 CanopyStair is a little like a ladder that you might find leading up to a treehouse – but in this case, the goal at the top isn’t a super-secret hideout. It’s just the opportunity to sit among the leaves and watch life go by below. 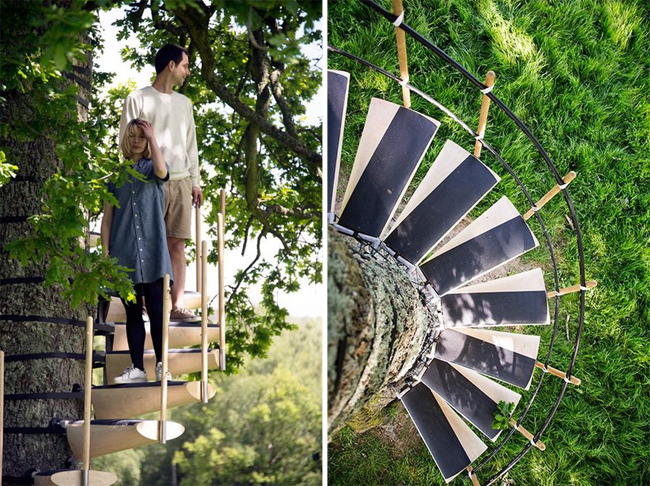 The modular, removable system is harmless to the tree and requires no tools to install. Woven ratcheting strips wrap around the tree’s trunk to hold each step in place. Thick pads protect the tree’s bark and keep the stairs themselves from cutting into it. A thin wooden pole connects each stair to a handrail to drastically cut down on the danger factor. 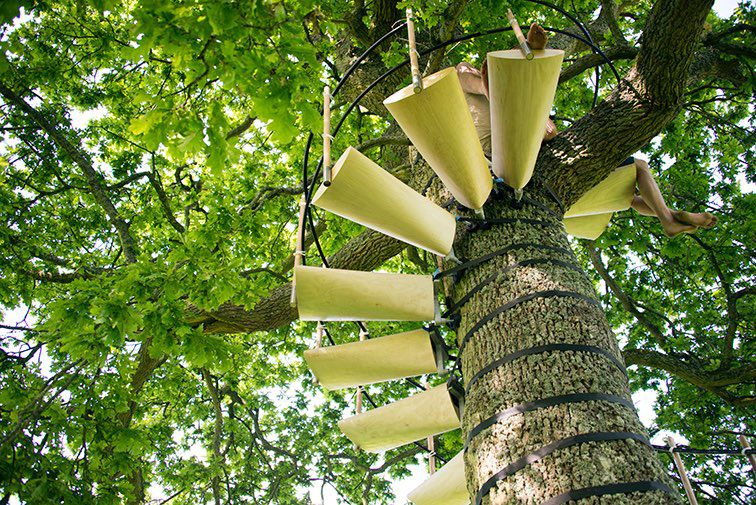 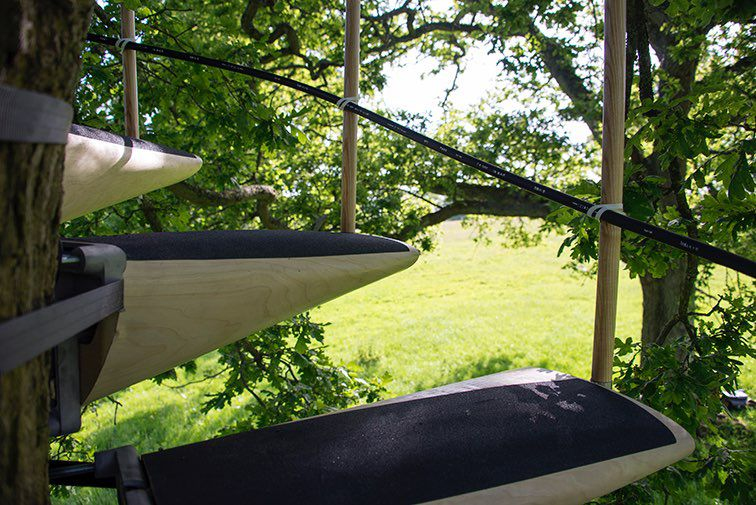 CanopyStair can be installed with no special skills or tools. Installation times differ depending on tree girth and height, but a 20-foot set can be installed in around three hours by two people.

“CanopyStair was conceived last year when designers Robert McIntyre and Thor ter Kulve spent time in the Azores. Though the house where they were staying was near the seashore, a tall stone wall that surrounded the house cut off any view of it. Only by climbing a tree in the garden could they watch the sun setting across the ocean, and so they began to discuss ways of transforming a garden tree into a staircase, thus allowing them to walk and up and down easily and enjoy the view.”

“During the course of their final year at the RCA studying on the Design Products postgraduate programme, ter Kulve and McIntyre developed their concept, and began to experiment with various prototypes. Testing out CanopyStair they realised that what they had created was something rather special, much more than just a means to a view. They felt that they had unlocked a gate to a secret garden and made a passageway to a secluded habitat. Forest canopy is the least explored ecosystem on earth, a cloud of life that they could now access unobtrusively. And there was something deeply nostalgic about the experience of ascending the stairs – tapping into childhood memories of exploring, climbing, trespassing, of tree houses and summer days.”