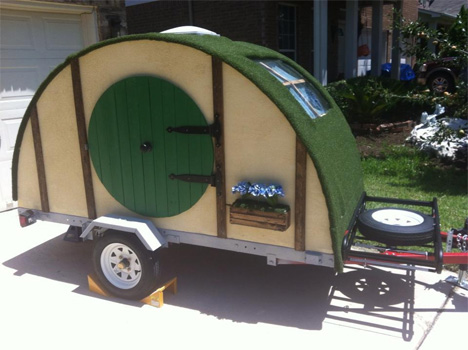 Most of the world became acquainted with the living arrangements of little creatures called hobbits through the writings of J.R.R. Tolkien and, later, a bunch of movies. Hobbits prefer homes with round doors, built into the sides of hills. But what about when a hobbit wants to take a road trip without leaving the comforts of home behind? He might build a caravan kind of like the one Redditor Samm1t built. 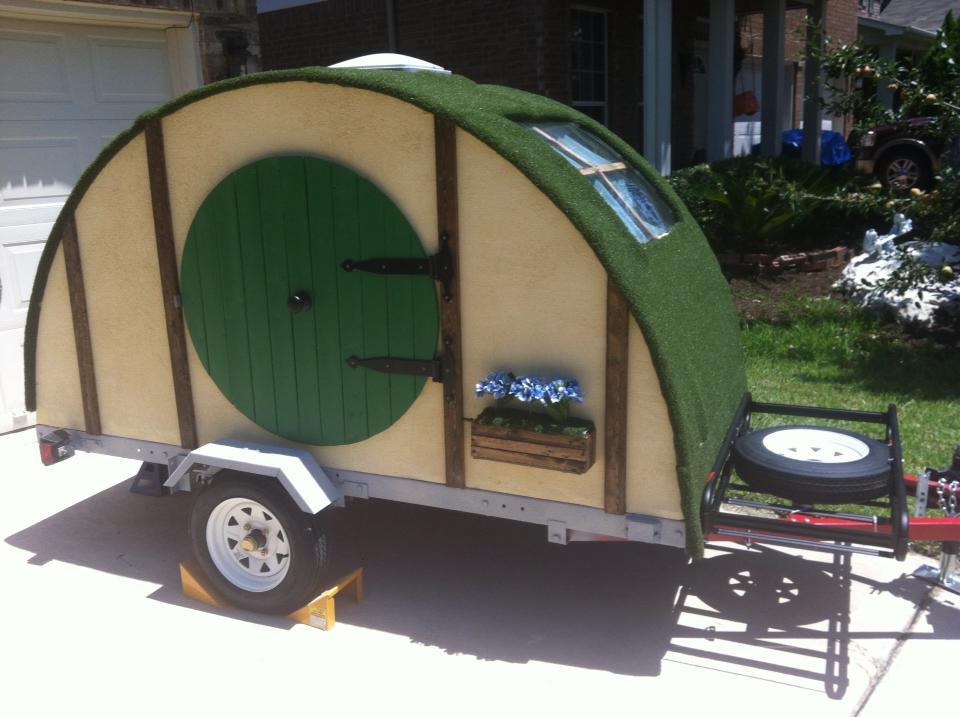 The hobbit house caravan is a dome-shaped little trailer with an astroturf roof, a pop-up kitchen and enough room to squeeze in at least 6 hobbits (or two or three humans). The creator of the sweet little camper took about two months to build it on evenings and weekends. With a little design advice from his wife, he managed to create a cool ride that just about anyone would be thrilled to go camping in. 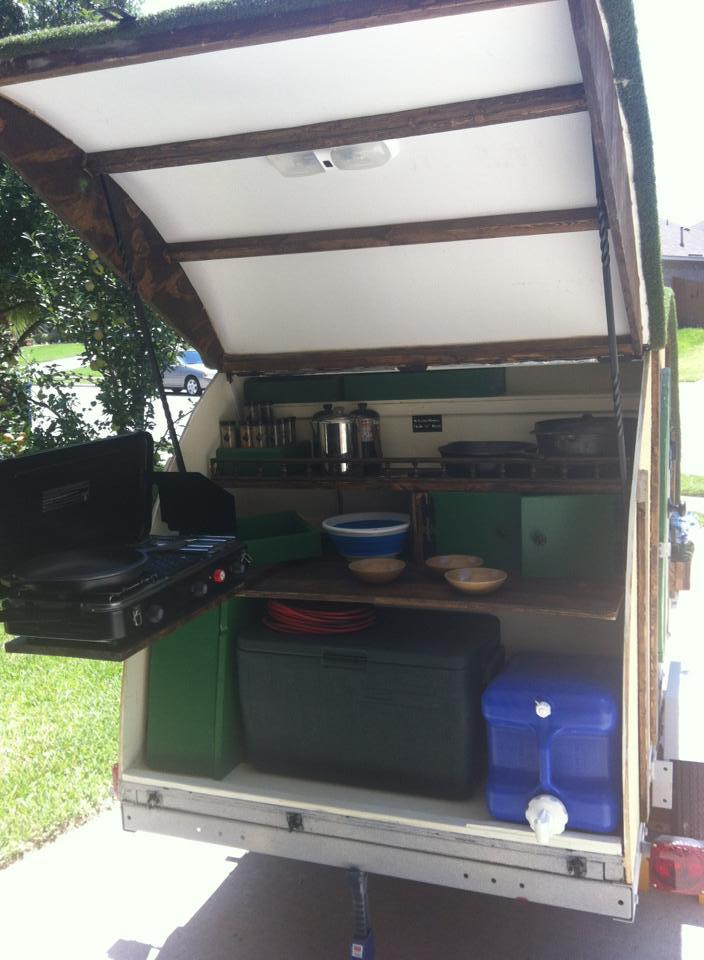 And because no hobbit can go more than a few hours without enjoying a meal, the caravan comes equipped with a pop-open kitchen that has a swing-out stove. The kitchen area features ample storage space for pots, pans, spices and everything else the modern hobbit-on-the-go could ever want.

Wishing you had one of your own? The good news is, the creator has offered a detailed tutorial with a full image gallery that displays just about every step he went through to build it. If you want to replicate it, you can follow his guide, but you’ll need some serious carpentry skills, and the wiring is an extra tricky part. But here’s a little extra info on that:

“This is the only part I had exactly zero experience with beforehand. I have a shore power inlet for 120v connected to a surge protector, connected to a charger/converter, attached to my Optima D31 battery. I’m using stranded 10 gauge wire from the battery that goes to an inline fuse, then a master power switch, then a circuit breaker, which will be on the shelf hidden by a spice rack. That will then go to my lights, fan, and outlets, which are in turn connected to a grounding bar, the battery, and grounded underneath the trailer bed. I expect to get about 2-3 days worth of use on a fully charged battery, but I can also plug in if I’m low or want to use extra 120v outlets.”

For the rest, check out the post on imgur.