Anytime you decide you’re going to build in a flood zone, you have to think about the worst case scenario. If a storm or other flooding event causes nearby bodies of water to rise high enough to penetrate the structure, how much damage is it going to sustain? In some parts of the world, flood risk is mitigated by elevating vulnerable buildings on stilts, or giving them the ability to float in an emergency while remaining anchored in place.
More fanciful concepts have proposed amphibious homes that can become self-contained, self-sustaining waterproof capsules. But in reality, most people living in flood-prone areas just want a normal-looking house. 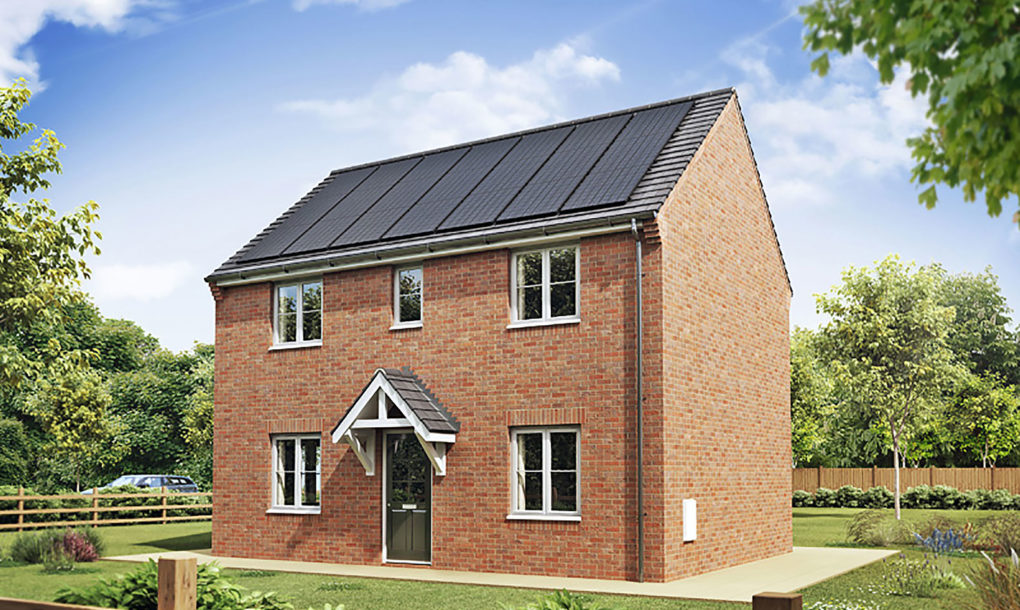 A company called Larkfleet Group has offered up a potential compromise. Their elevating house concept looks entirely ordinary on any given day, rendered as a standard two-story brick residence with a compact footprint. Not a single feature of its exterior offers a single hint that the home has anything extraordinary hidden within its foundation. 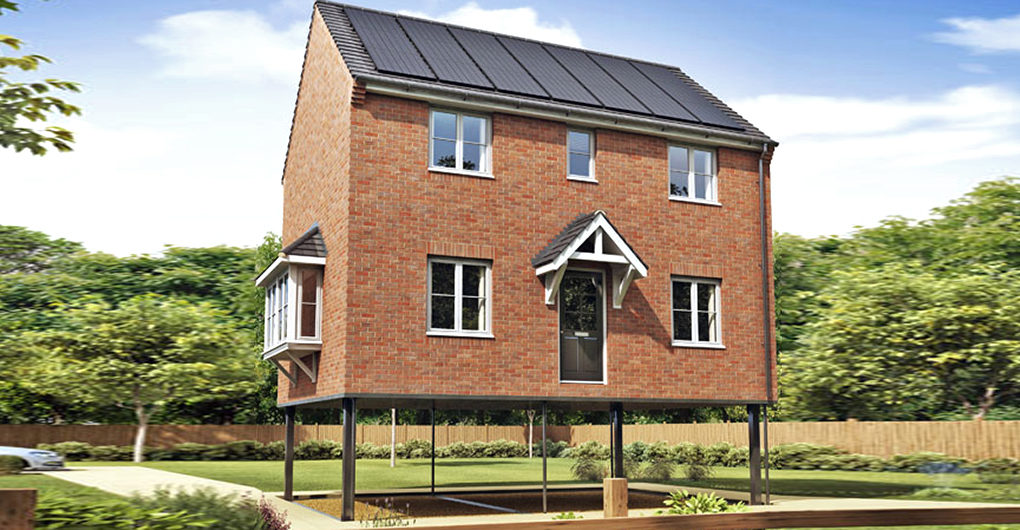 Continue reading below
Our Featured Videos
The modular steel-frame design of the house sits upon steel ring beam in place of a conventional foundation, with a built-in mechanical jacking system lifting all 72 tons of its weight a full five feet above the ground in under five minutes. While a lot of flood preparation efforts, like stacking sand bags, can require hours or days of advance notice in order to be effective, this solution is virtually instantaneous. A central motor, gear box and drive shafts lift it into place at the push of a button.
The modular design can be disassembled and re-erected on another site, and the home features rooftop solar panels and a battery to keep it running while raised above the ground. Sewage would remain connected through flexible hoses. These measures are intended for temporary support only, though — the designers urge inhabitants to pack their belongings, lock up and elevate the house before evacuating to a safer place.
“The elevating house effectively eliminates the risk of flood damage to homes so that more land across the country can be approved for future home building,” says Karl Hick, CEO of the Larkfleet Group of Companies. “This will help tackle the ‘housing crisis’ that is being caused by the demand for new housing far exceeding the supply.”
The UK-based Larkfleet Group is a collaboration between companies with a sustainability focus, including a house builder, developer of sustainability energy projects, investors focused on R&D projects and a provider of energy-efficient improvements for new and existing buildings. They’ve applied for planning permission to build this experimental house, which could serve as a model for housebuilding on thousands of sites across the UK that are currently too risky for development.
If planning permission is granted by the South Holland District Council, Larkfleet will build a three-bedroom detached house in Lincolnshire, England, with work beginning in early 2017. The company intends to spend five years testing the jacking system and making any necessary improvements to its design. A patent for the concept is pending in the UK and Europe.