A home designed by one of Mexico’s most celebrated and beloved architects is now for sale for a cool $77.5 million in Los Angeles. Located in the heart of the Brentwood neighborhood, Ricardo Legorreta’s 470 Layton Way is a 26,000-square-foot mansion featuring all the hallmarks of the architect’s signature style: stucco walls, cubic shapes, earthy colors, and details honoring Mexican indigenous culture. 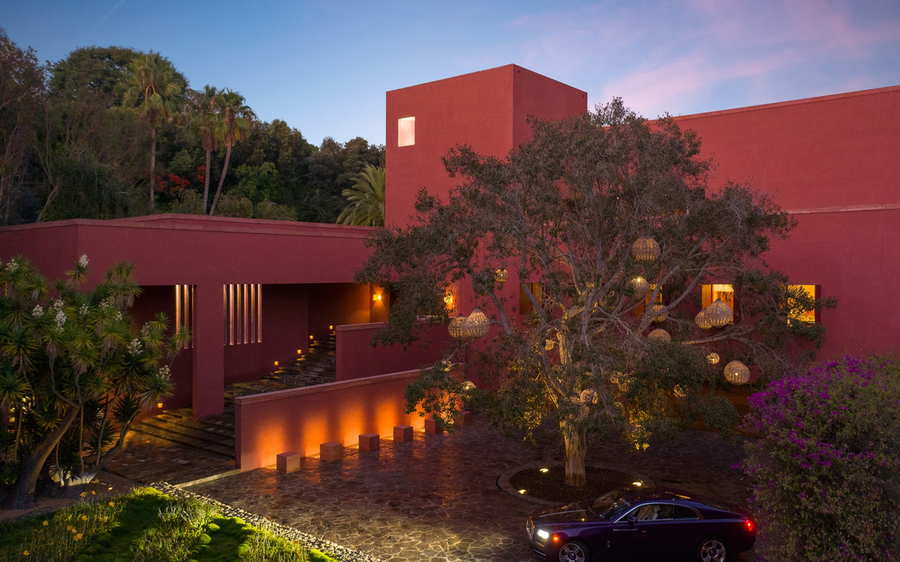 Set on five acres of land at the back of a gated community, the home is one of Legorreta’s only private residences in Los Angeles. Listing agent Judy Federal of Hilton & Hyland Real Estate told Robb Report that the owners are architecture lovers who also have two Frank Lloyd Wright homes. 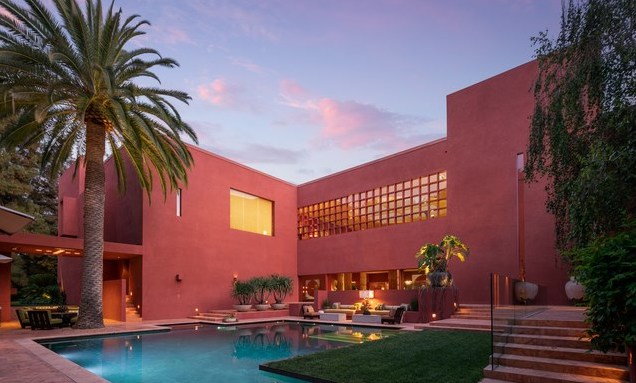 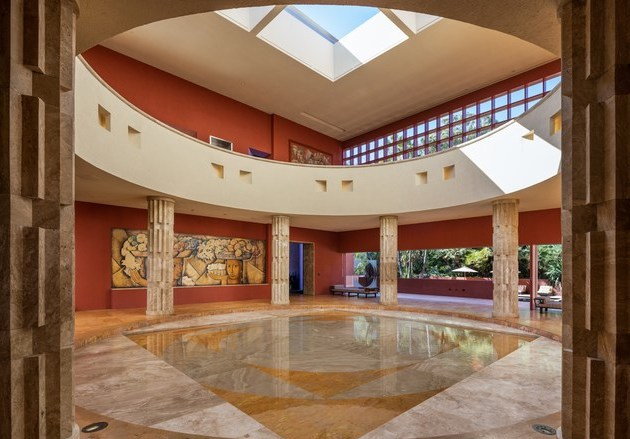 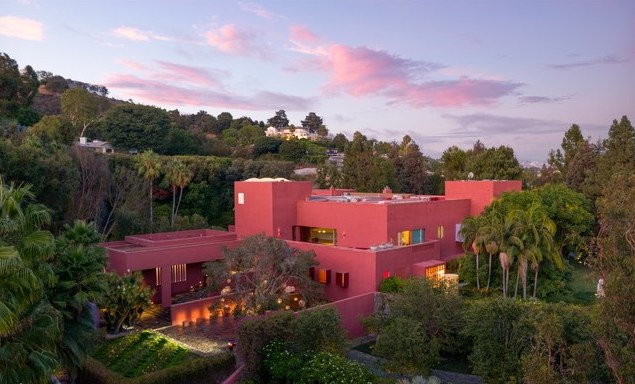 The owners collaborated with the architect to create a spacious residence with unexpected elements, like a sun-drenched central atrium containing a reflecting pool. One of them has been revealed to be Hollywood producer Joel Silver, who’s known for action movie franchises like Die Hard, The Matrix, and Lethal Weapon.

“We are presenting a unique, stunning Signature Architectural home on approx. five acres west of the 405,” reads the listing. “This ~25,000 sq. ft. home has never been seen or photographed until now. High-end finishes and design are extraordinary and custom throughout. The house boasts the finest screening room in the city, with a most unique circular double-entry atrium and reflection pool w/ travertine columns. Additional features include: gym w/ wet & dry sauna, library, office, outdoor heated dining area, pool, [and] a jacuzzi.” 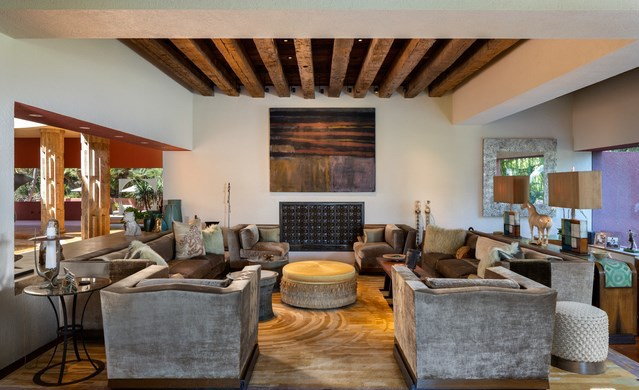 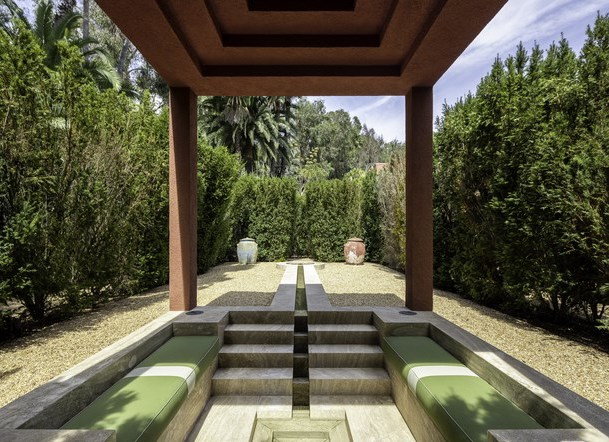 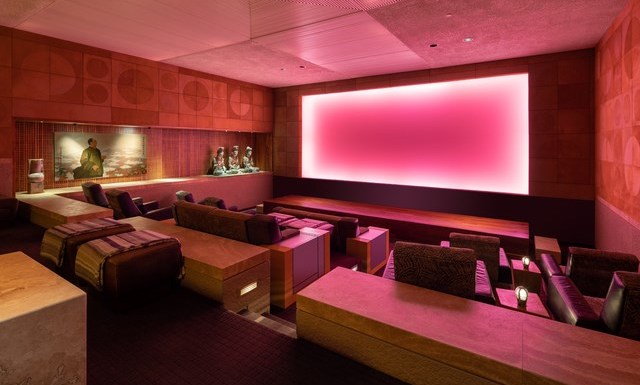 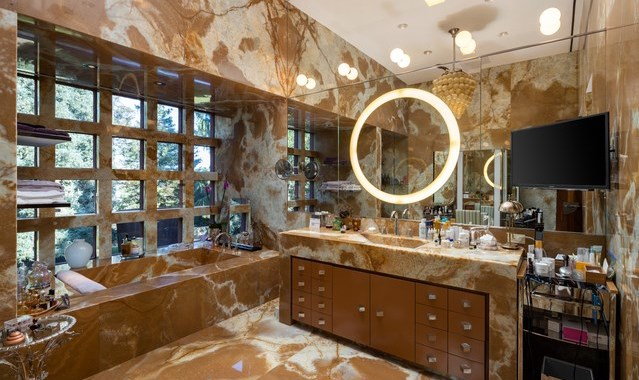 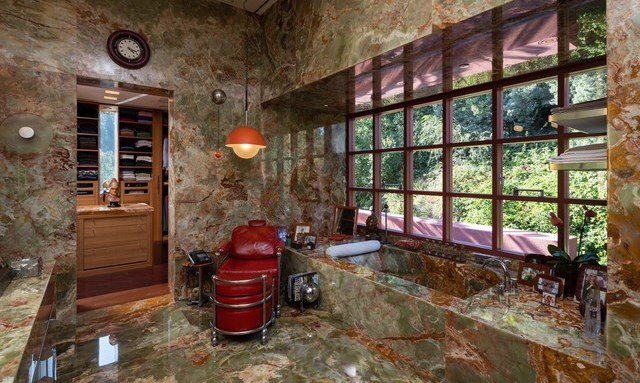 The home has eight bedrooms and eight full baths, many featuring 100-year-old ceiling beams taken from Connecticut churches and barns. One standout detail is the living room’s stunning adobe-red ziggurat ceiling, which is shaped like an inverted pyramid, with a spherical chandelier hanging from the center. 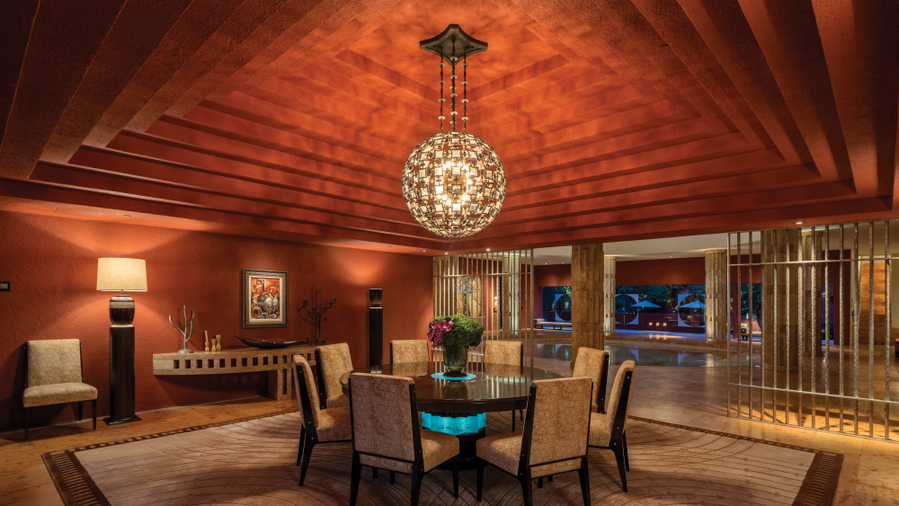 Circle and square shapes repeat throughout the mansion, appearing in embossed leather wall motifs in the 20-person theater and within the pool, mezzanine, and skylight of the atrium. The master suite features so-called “his and hers” bathrooms, each adorned floor-to-ceiling in a different type of marble. Murals can be seen throughout many of the rooms. 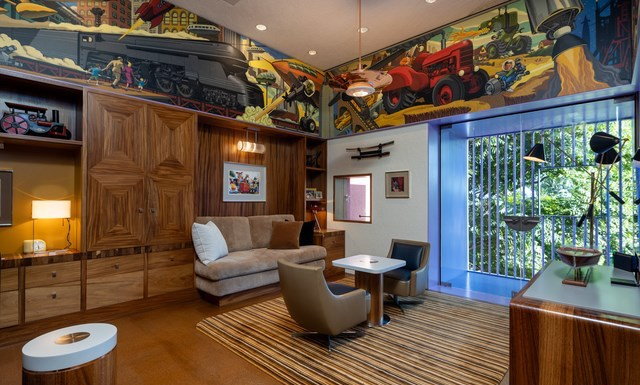 Ricardo Legorreta, a protégé of Mexican modernist Luis Barragán, founded his own studio in 1964 and was later joined by his son Victor. In 2000, their firm became Legorreta + Legorreta, adding to the many projects Ricardo had designed himself over the decades. Among his most famous works are Pershing Square in Los Angeles, the San Antonio Central Library, and the Camino Real Hotel in Mexico City, all of which feature sculptural forms and vivid hues like red and bright pink. 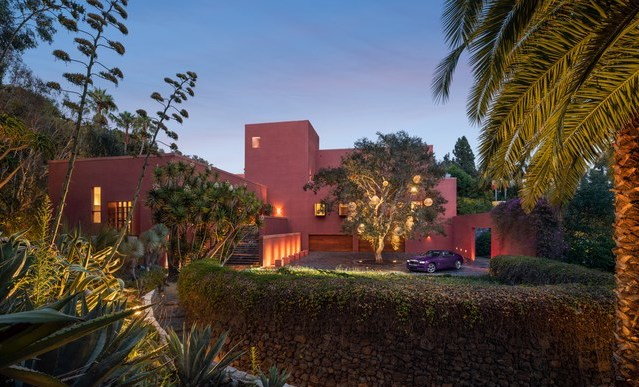 $77.5 million is a lot of money, even for the elites of Los Angeles, but of course, the buyer wouldn’t simply be purchasing a home in this case — they’d be taking ownership of a piece of cultural history, and arguably, a colossal work of art.