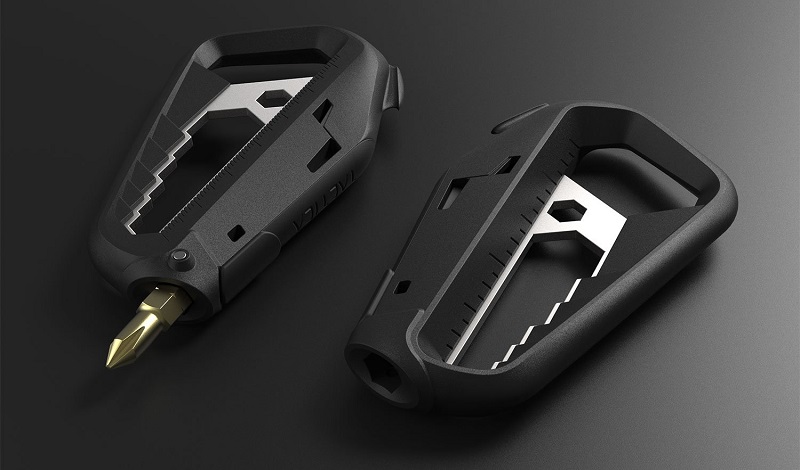 Continue reading below
Our Featured Videos
Award-winning designer Michael Chijoff used materials you’d expect to find in military and space projects to create his Tactica multi-tool. This gadget is both light and strong, and it’s hard-wearing enough to hold up to any adventure.
The Tactica magically fits a slew of handy tools into its sleek, portable frame, including a bottle opener, a package opener, wrenches (metric and imperial), hex sockets (metric and imperial), rulers (metric and imperial), and Phillips and flathead hex bits. You can even store two of the swappable bits inside.
Travel a lot? The Tactica is TSA-compliant, weighs just 1.6 ounces, and won’t scratch the phone in your pocket.

Originally designed for urban cyclists, the Ringtool is a great stocking-stuffer for anyone who might need to make repairs while on the go. Add it to your keychain, or throw it in a pocket or the glove compartment. After all, it only weighs two ounces and measures a mere two-and-a-half inches across.

The Ringtool is available in black and silver and is made from nickel-plated stainless steel. It’s so sturdy that the makers deliver it with a lifetime guarantee.

So what tools has it been equipped with? You get a bottle opener, two screwdrivers, five different-sized Allen wrenches, and a T25 Torx Head screwdriver. 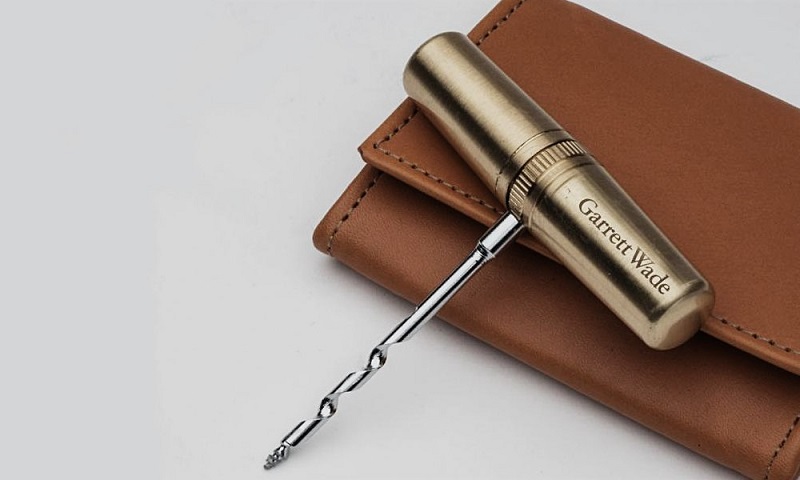 The design team at Garret Wade fell in love with “an early version of this clever little vintage pocket multi-tool at a flea market in London.” They’ve since updated the capsule, and now you can fall in love with it, too.
This three-inch, three-ounce container hides five handy tools. More specifically, there are two screwdrivers (one Phillips, one flathead) a corkscrew, a knife, and a drill bit/gimlet with a screw starter tip. Using the multi-tool is simple: “Just unscrew the two halves at the knurled center joint, select one of the five steel tools inside, slide it into the reinforced brass slot, reassemble the halves, and put it to work,” the designers explain. 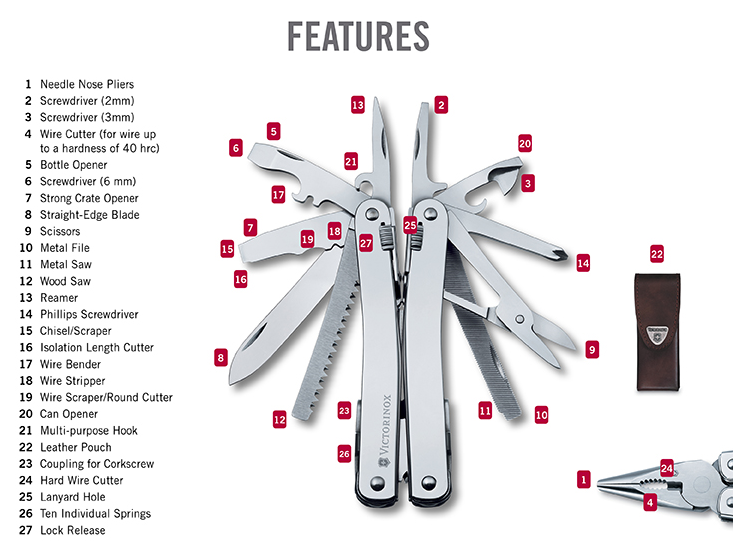 This device puts the “multi” in “multi-tool.” We’re talking a whopping 27 items! While we don’t have the space to list them all here, Victorinox Swiss Army has provided everyone with this handy reference chart (pictured above). Personally, we love the scissors, the unusual bottle opener, and the knife. Pliers and a can opener also make this a great tool for hiking trips and travel.
While it weighs eight ounces, it’s just over four inches long and comes with its own carrying pouch for your belt. 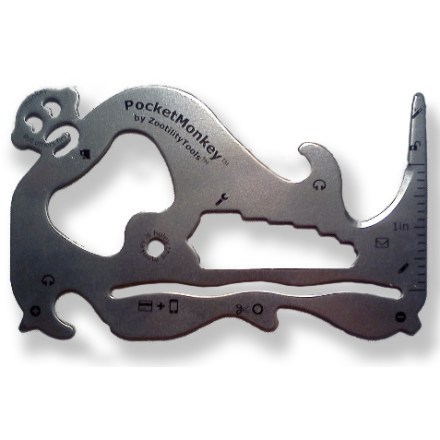 If you have a wallet, you’ll always be able to have the PocketMonkey on hand. This flat tool is cleverly designed to take up next to no space while offering you plenty of fix-it options. It acts as a ruler, a straight edge, an orange peeler, a letter opener, a bottle opener, and it of course includes a couple of hex wrenches and screwdrivers. In a tech-based twist, the PocketMonkey’s design also allows you to wrap your earbuds around it to keep them tangle-free, and you can even use it as a handy stand for your cell phone.