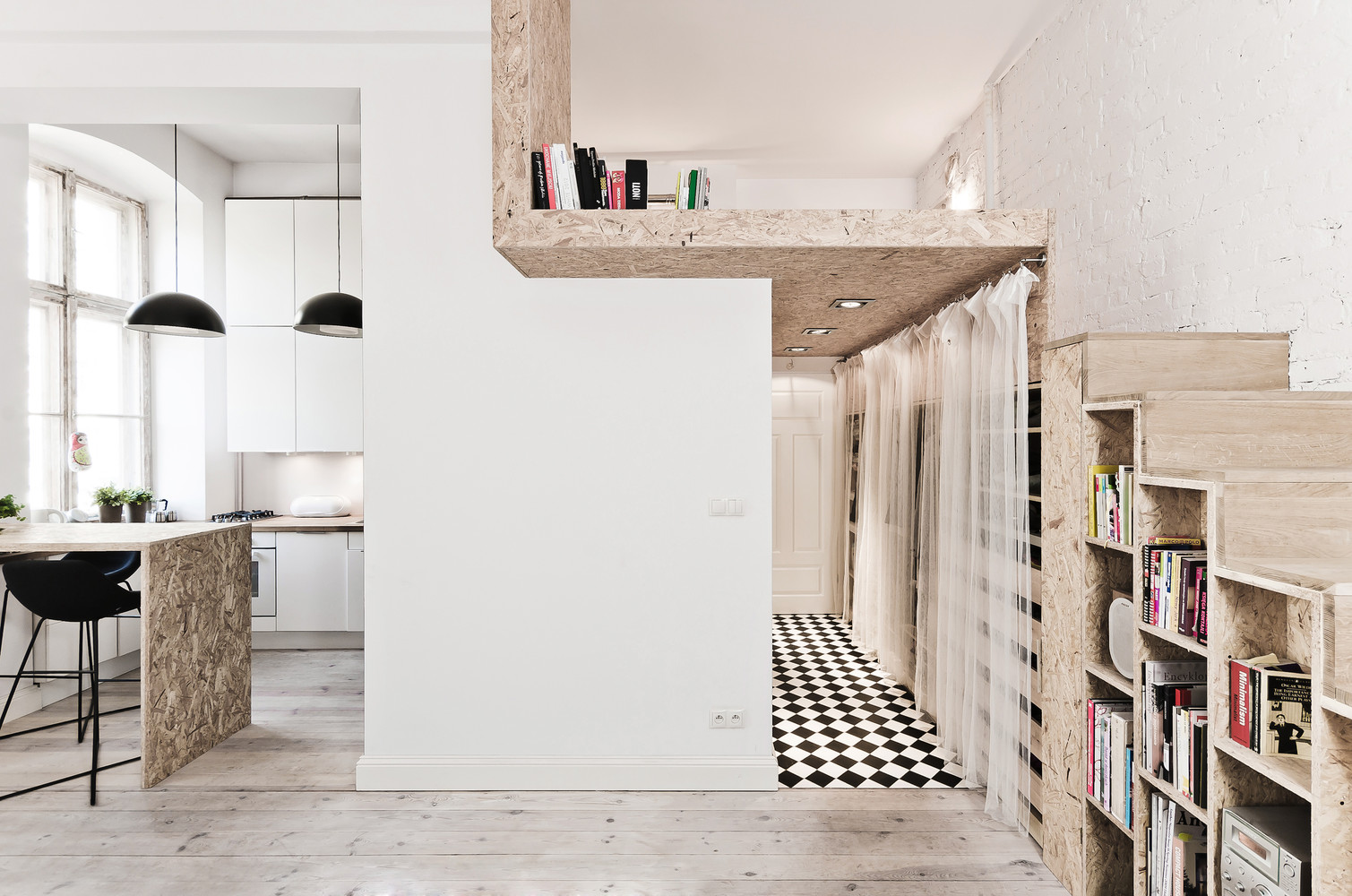 With just over 300 square feet to work with, every inch becomes precious. Multi-functional rooms are critical, but make it difficult to maintain privacy – a conflict creatively resolved in this case via a lofted bedroom space.

But even lofting the bedroom was not trivial for the designers of  3XA (images by S.Zajaczkowski) – the ceiling is only 12 feet high, making a fully split-level approach impossible. As a compromise, the sleeping loftsits above the hallway and bathroom, but also is not fully standing height.

The staircase to the loft zone doubles as shelving, and both the steps and loft are materially differentiated by use of a light plywood that provides some contrast to the otherwise-white interior without darkening the space.

The kitchen, dining and living rooms of the “29sqm Apartment” in Poland are blended together with a small dining and working table forming a conceptual barrier in between. A small desk in the living area doubles as a side table for the couch – almost no space or surface fails to find a second function.

Curiously, a door to nowhere was added to one of the walls – a bit like a mirror in a restaurant or bar – to make the overall space seem larger than it appears.

“29 sqm is a rather small space to live in. Therefore the priority of this makeover was to maximize the space and to create an independent bedroom. The ceiling at 3,7m didn’t allow the designer to create two equivalent levels, but it was possible to build a semi-mezzanine. “

“Above the bathroom and the hallway there is a huge bed area 1,35m high, whereas above the wardrobe there is a passage 1,85m high. Moreover, to increase space, the living room, kitchen and dining area are combined into one room. Additionally, to deceive senses, a blind door was put on one of the walls.”