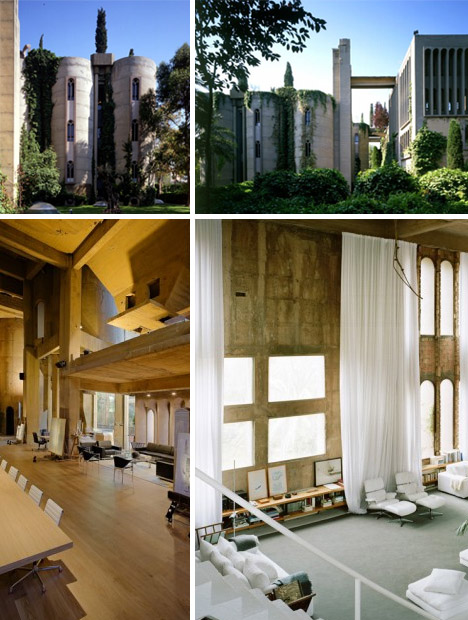 Over a quarter of a century ago, an architect stumbled upon the half-ruined remains of an old cement factory. The grounds contained dozens of silos, vast subterranean spaces and long-silent manufacturing equipment. 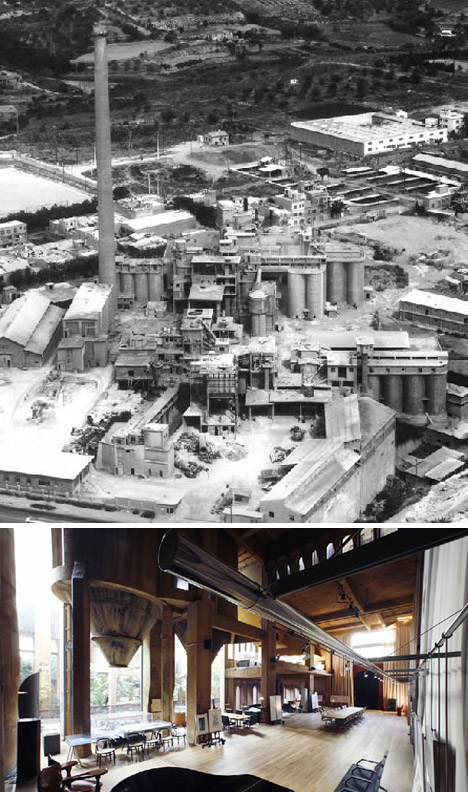 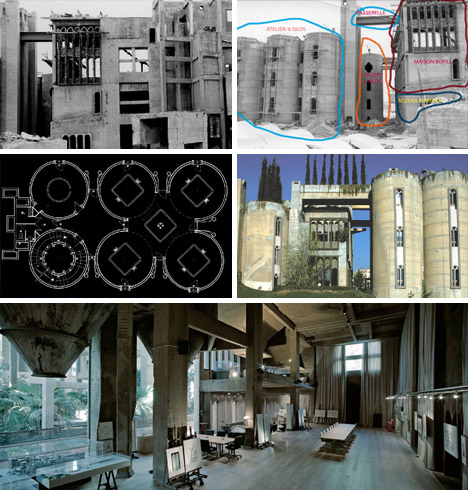 It is also home, however, to include vast offices, archives, design labs and flowing series of outside patios, decks, gardens and paths – parts of an ever-evolving master plan. 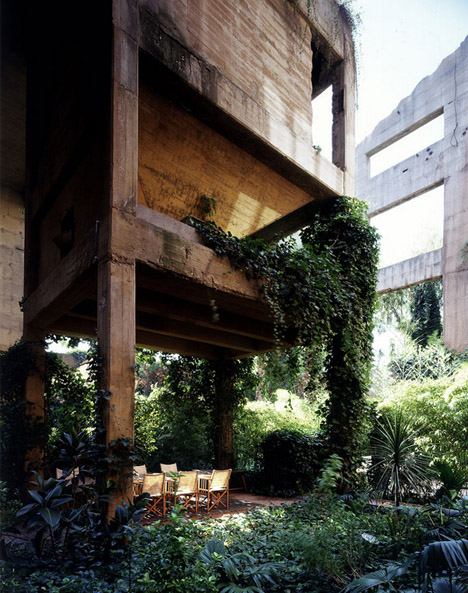 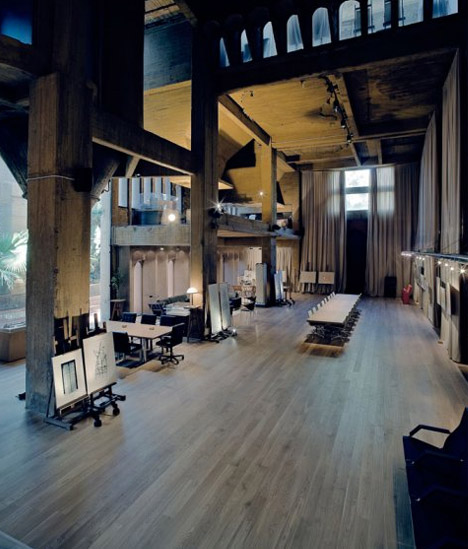 Perhaps the most impressive space in the place is called The Cathedral (and with good reason). It is a huge, open-plan, high-ceiling gathering area used for everything from exhibitions and lectures to parties and concerts. 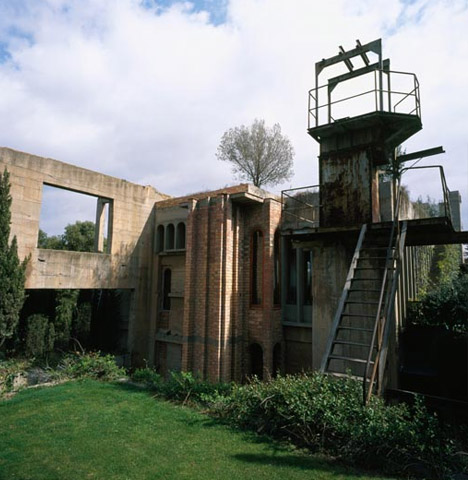 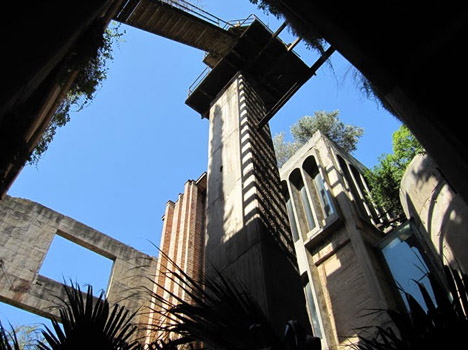 Layers of lush greenery – ivy, cypress, eucalyptus, palm and olive trees – have been slowly added (and subsequently grown) throughout this piece-by-piece remodel, giving the exterior grounds new life as well as the interior areas.

As for decor: twenty-five years is enough time to know that less can be more, and the resulting decorative evolution errs on the side of simple and conventional objects, careful not to detract too much from the majesty of the rooms themselves. But looks can be deceiving – some of the core-seeming concrete is itself new, but mixed in with the old.