Some apartment hunters would be overjoyed to find a 15th-century unit in Rome with a kitschy 1960’s gold bathroom by famed Italian interior designer Renzo Mongiardino, but jet-setter Francesco Bandini is certainly not among them. Searching for a place of his own after living in his parents’ traditional home full of wood paneling and floral patterns, Bandini envisioned an ultramodern bachelor pad ripe for chic parties. The place he found boasted an ideal location just a stone’s throw from the city’s iconic Spanish Steps and offered three full stories of space to work with. Only thing is, its interiors were stuck in decades past. 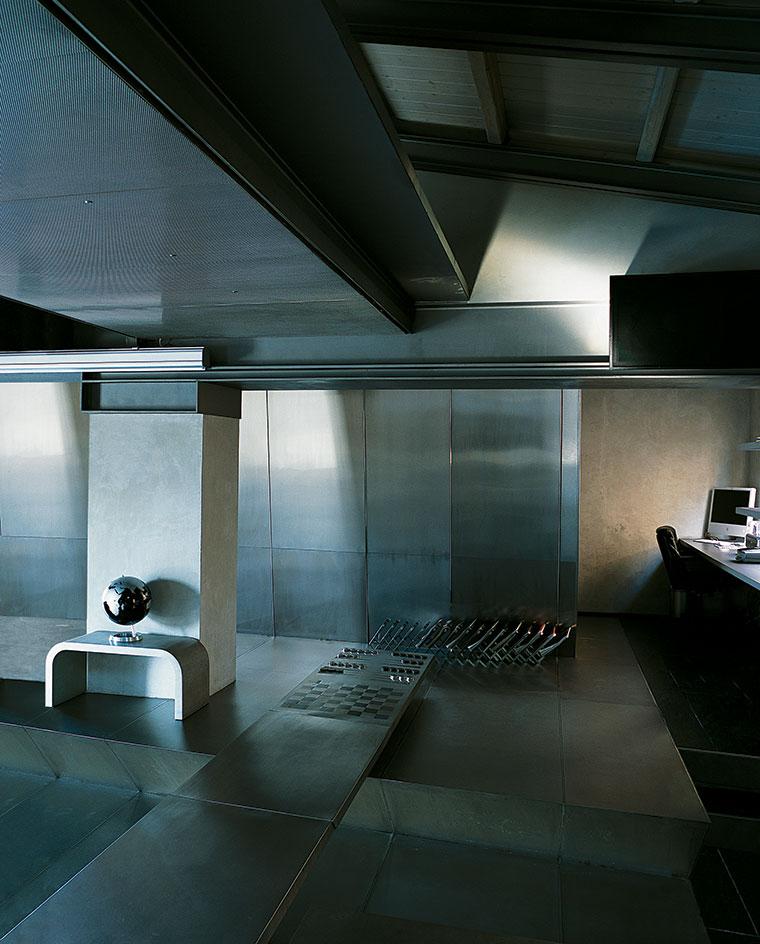 The wall-to-wall carpeting and mirrored gazebo dining room definitely had to go, but that was just the start of the renovation. Bandini wanted a total transformation that could practically double as a set for a sci-fi film. Finding an architect who understood that vision wasn’t easy, but when Michele Mole from Nemesi Studio presented renderings to him that looked like something out of Star Trek, he knew he had found the right person for the job. The next big challenge was actually bringing it to life, as virtually every component of the new interiors would have to be individually designed and hand-crafted. 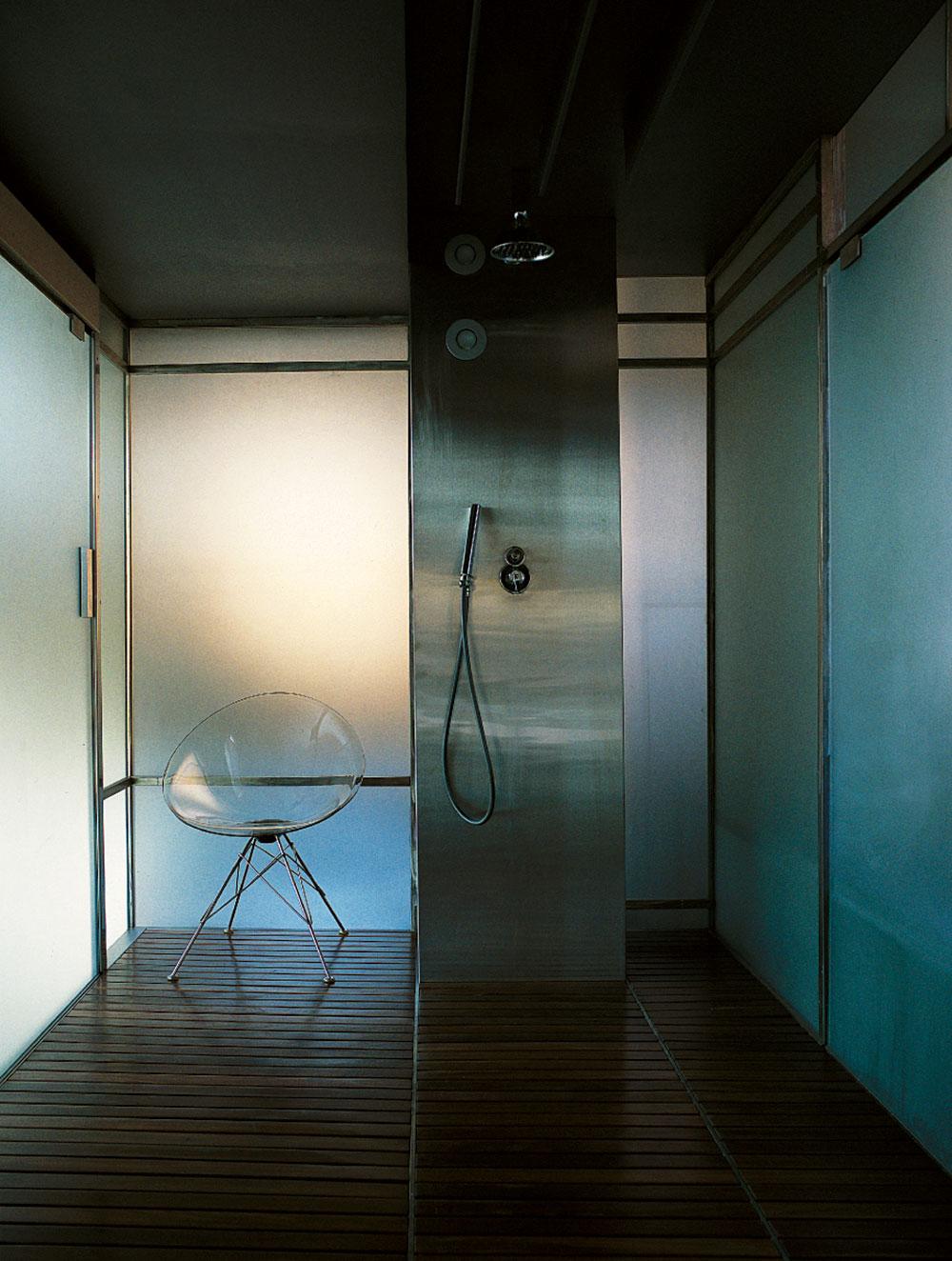 Mole and Bandini spent the next four years overseeing the installation of custom steel surfaces on every floor, ceiling, and wall in the 3,444-square-foot apartment. All of the older elements were torn out and replaced with complex new arrangements of gleaming metal, complemented every now and then with a bit of wood or glass. The “experimental” floating staircase, which Bandini refers to as his “personal catwalk,” took six months to build by itself. Angular elements jut out of the walls and floor to offer built-in furniture and storage, including bookcases and strikingly abstract kitchen counters.

All that shiny steel could easily result in a space that feels like an industrial freezer. While the look might leave lovers of more traditional interiors feeling cold, it definitely exudes its intended effect. Natural light comes streaming in through generously sized windows, penetrating spaces like the bathroom to produce a warm glow. On the top level, the ceiling’s hand-hewn wooden beams offer an organic counterbalance to the sleek designs beneath it. 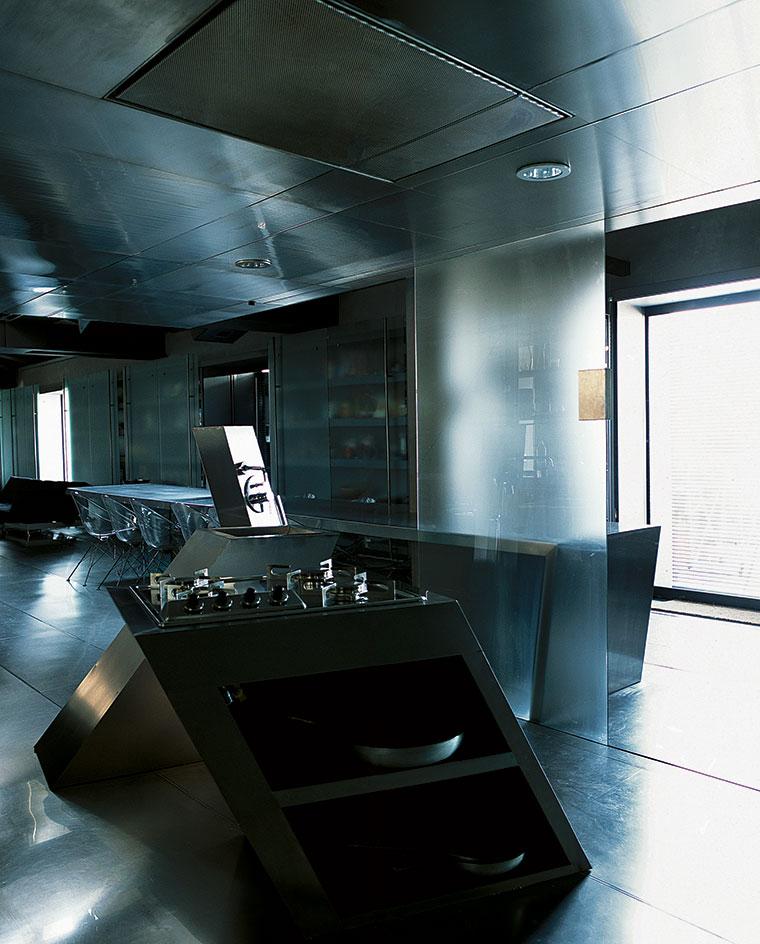 The bachelor pad’s vast open living area is minimally accented with elegant modern furniture, providing the ideal setting for parties of all sizes. These communal spaces lead out to a generously sized rooftop terrace with breathtaking views of the city. Since its completion, Bandini explains that it’s rarely had a quiet moment, acting as a social hub for his network of friends and associates. In a recent interview with Wallpaper, he explained that the minimalism of the space is what truly allowed it to shine.

“The apartment is the artwork. So what more do I need?” 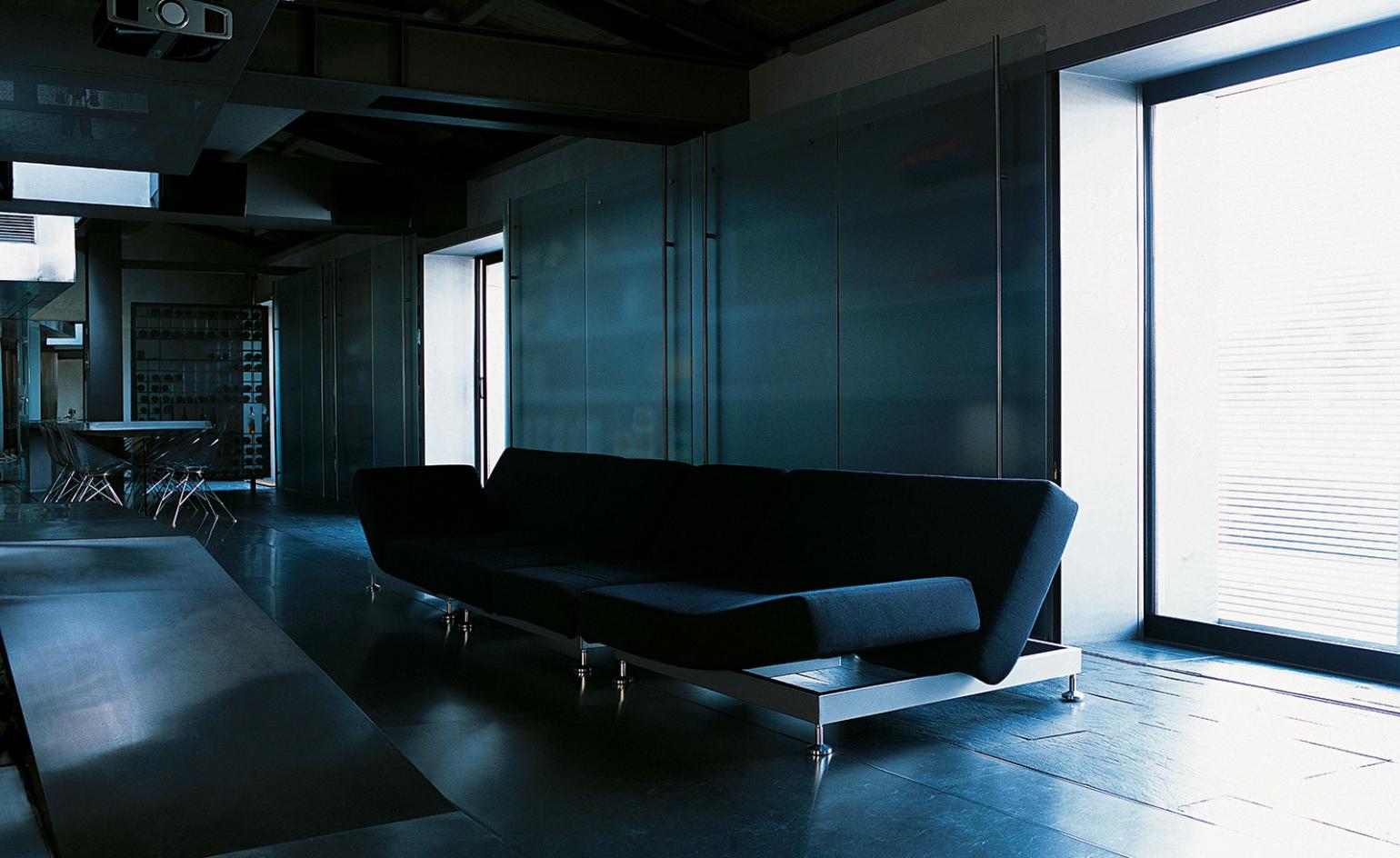 Rome may still be a land of awe-inspiring ruins and classical statues, but Bandini’s apartment there is just one example of a new Renaissance: one that’s quietly ushering in surprising ultramodern additions like Zaha Hadid’s prizewinning MAXXI art museum. As the city continues to evolve in the 21st century and beyond, we can expect to see a lot more dramatic contrasts like these, with ancient and futuristic designs existing side-by-side.

All photos by Andrea Ferrari