In remote Pilbara, an arid, sparsely populated region in the north of Western Australia, a new zig-zag structure is visible from the sky, cutting into a small expanse of vivid green grass. What you can’t see are the 12 residences tucked beneath the rocky red soil, taking full advantage of the Earth’s natural cooling power. Architect Luigi Rosselli says that zig-zag is the longest rammed earth wall in Australia, and possibly the entire Southern Hemisphere, and it’s making waves that can be felt across the continent. 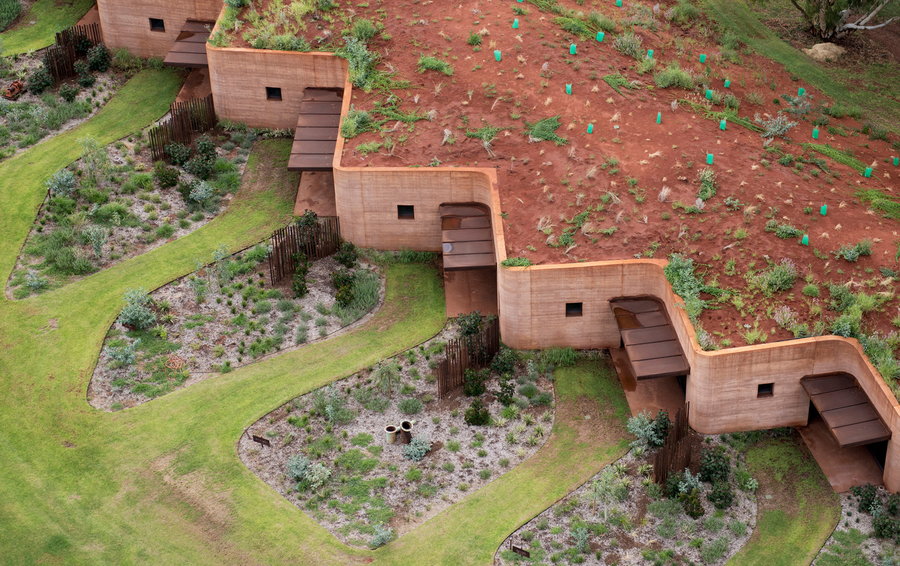 Rosselli’s “The Great Wall of WA” was selected as a finalist in the Australian Institute of Architects Western Australia architecture awards, and won “best housing project” in ArchDaily’s Building of the Year contest in 2016. Despite being highly energy-efficient, earth-sheltered architecture still isn’t very common around the world, even in areas like Pilbara that could really benefit from the extra protection from the heat. This collective housing project demonstrates what a great choice it can be in certain climates and shows off the beauty of rammed earth, to boot.

Designed as guest houses for a 100-year-old family cattle station, the farmer residences that make up the new complex are accented by Cor-Ten steel canopies, matching the roof of an oval chapel that sits upon the new artificial dune overlooking the family cemetery. Each guest house is also stepped to maintain a level of privacy indoors and out, with only the verandahs visible from outside. The awnings keep the sun from penetrating the glass doors to the interiors. 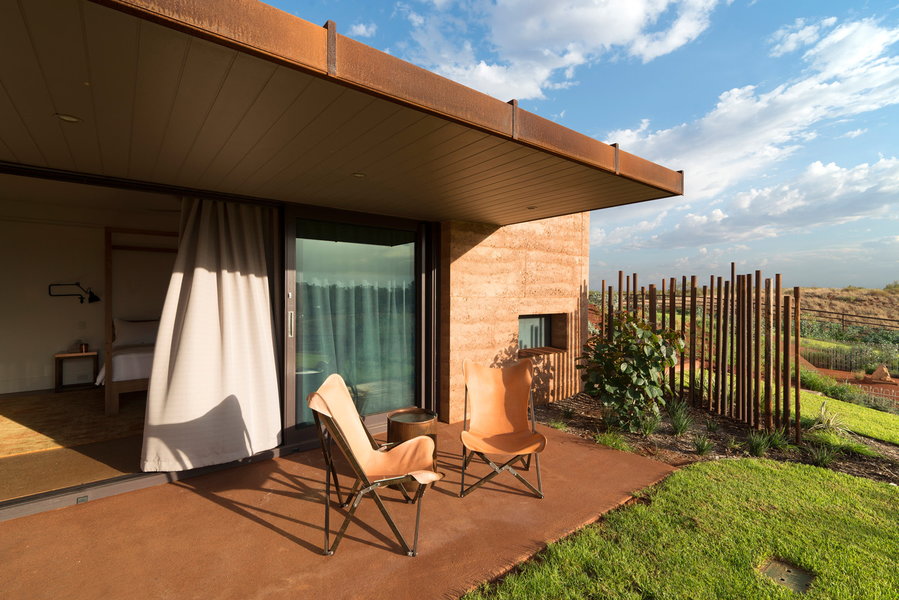 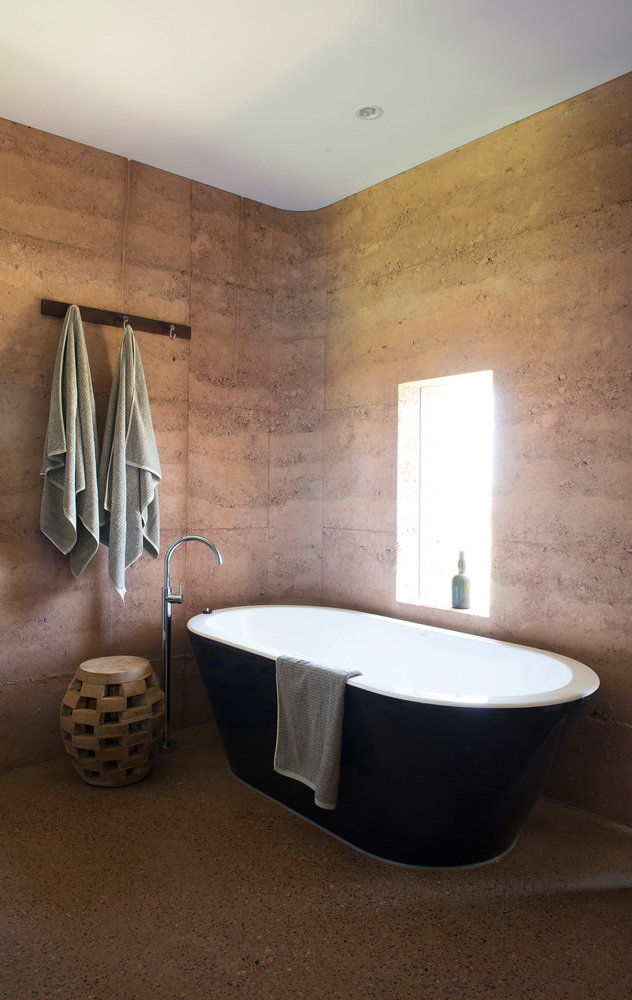 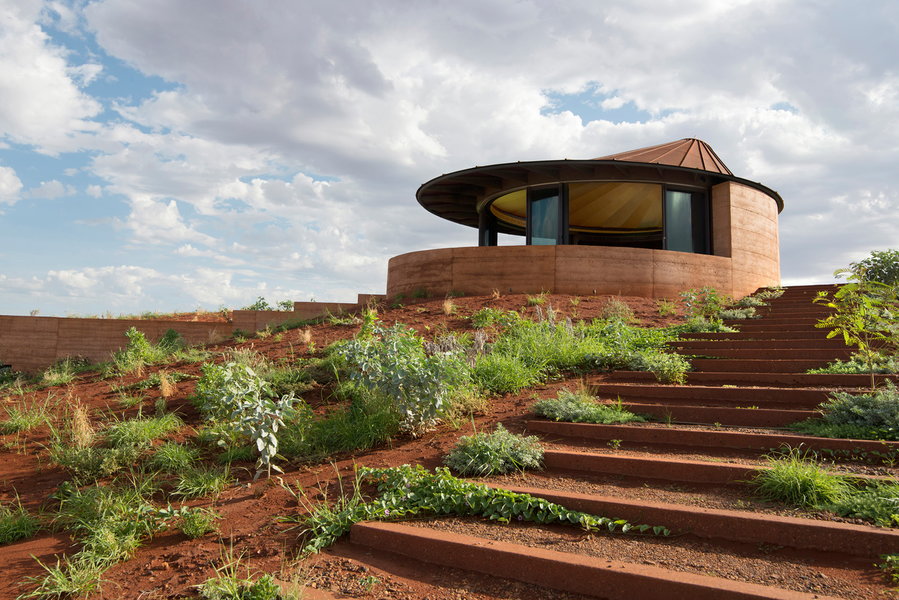 The back end of each guest house tapers down toward an existing building used as a communal meeting area and lounge, which itself features a pergola made of old drilling pipes. The striking chapel, inspired by the Pantheon of Rome, its oriented to the east and pierced by a glass-covered oculus. Sliding curved glass windows can be opened to the air or closed to protect against dust storms. 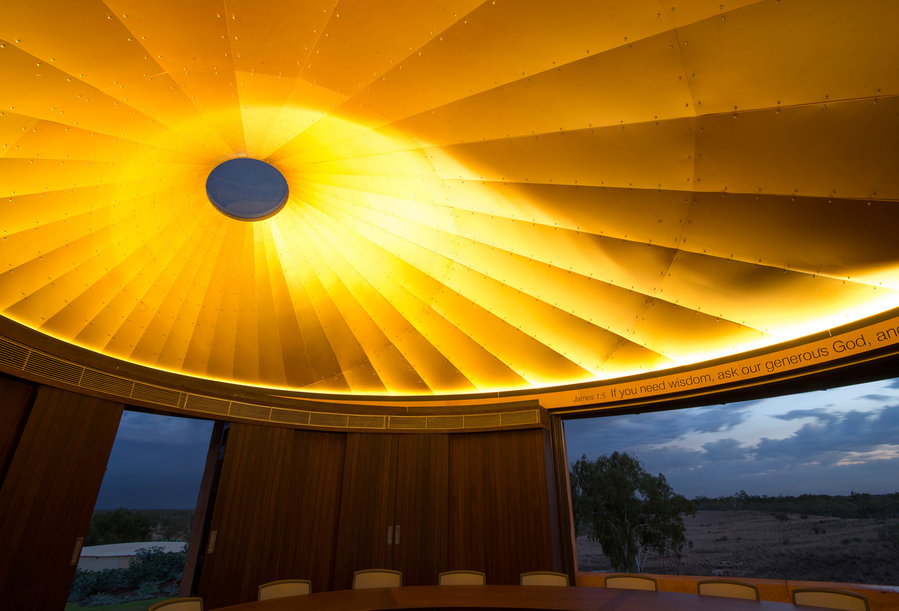 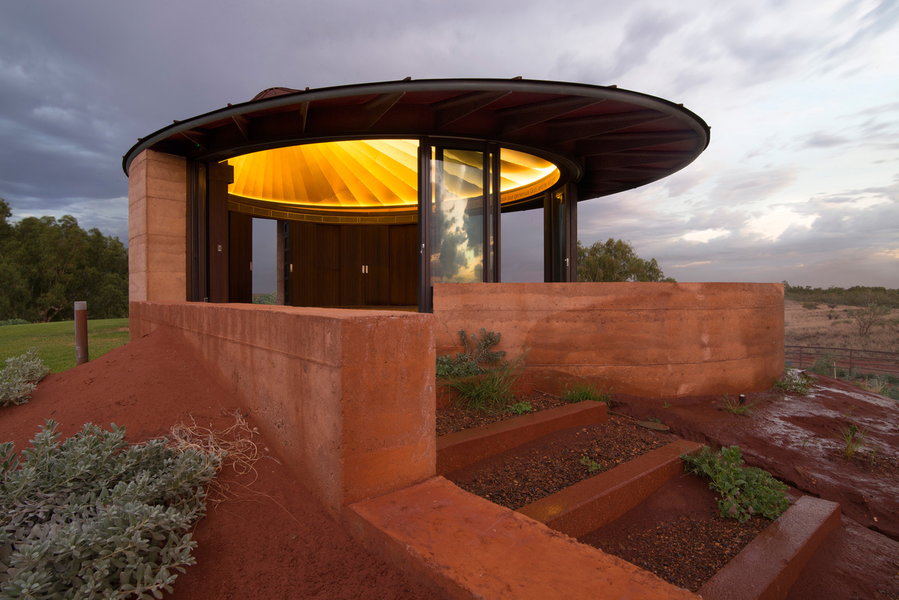 “With their 450-mm thick rammed earth facade and the sand dune to their rear and forming their roofs, the residences have the best thermal mass available, making them naturally cool in the subtropical climate,” says the firm. “The design of the accommodation represents a new approach to remote North Western Australia architecture, moving away from the sun baked, thin corrugated metal shelters to naturally cooled architectural earth formations.”

“Rammed earth extracted from the local clay pans, pebbles, and gravel quarried from the river bed are the palette of materials that blend into the landscape. Internally, one finds a comfortable environment, cooled by the rammed earth walls and the meter-deep sand hill. The interior design by Sarah Foletta is a restrained, natural, and robust selection of materials and furniture.” 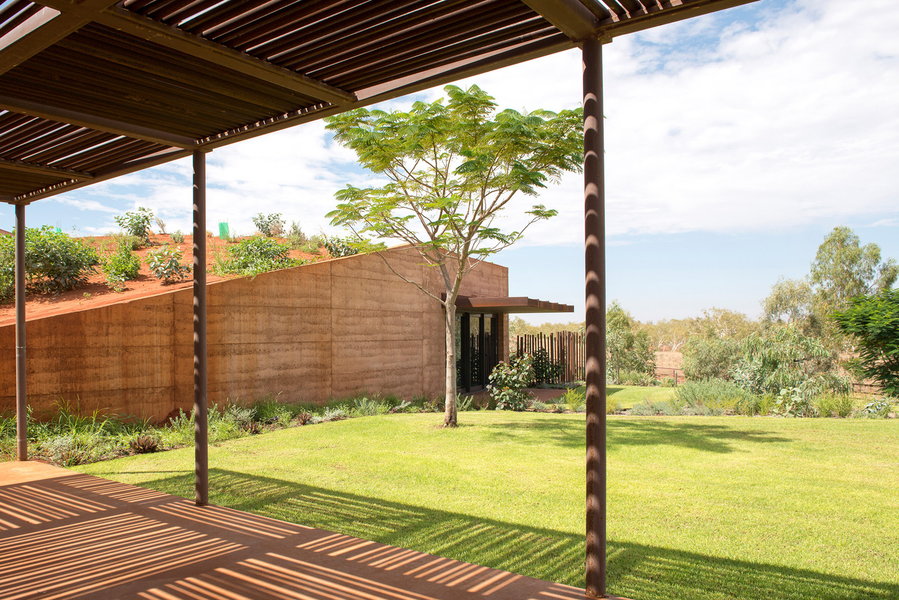 The complex blends beautifully into its scenic setting, and as always, the rammed earth has a stunning striated appearance thanks to the way it’s constructed. Framework, usually made of parallel plywood panels, is filled with a layer of damp earth and compressed to about half of its original volume with a pneumatic tamper. The process is repeated and the forms removed, revealing a strong, naturally pigmented wall. 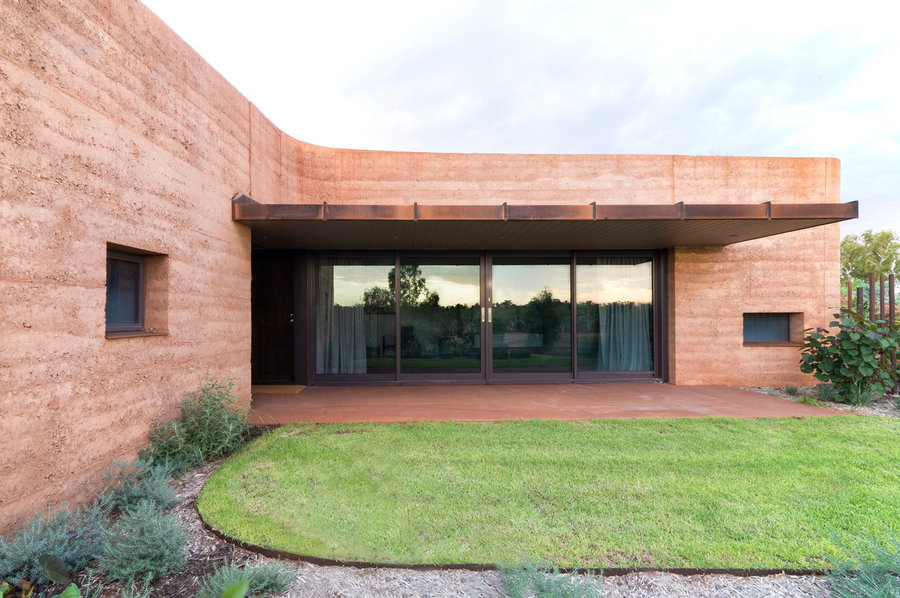 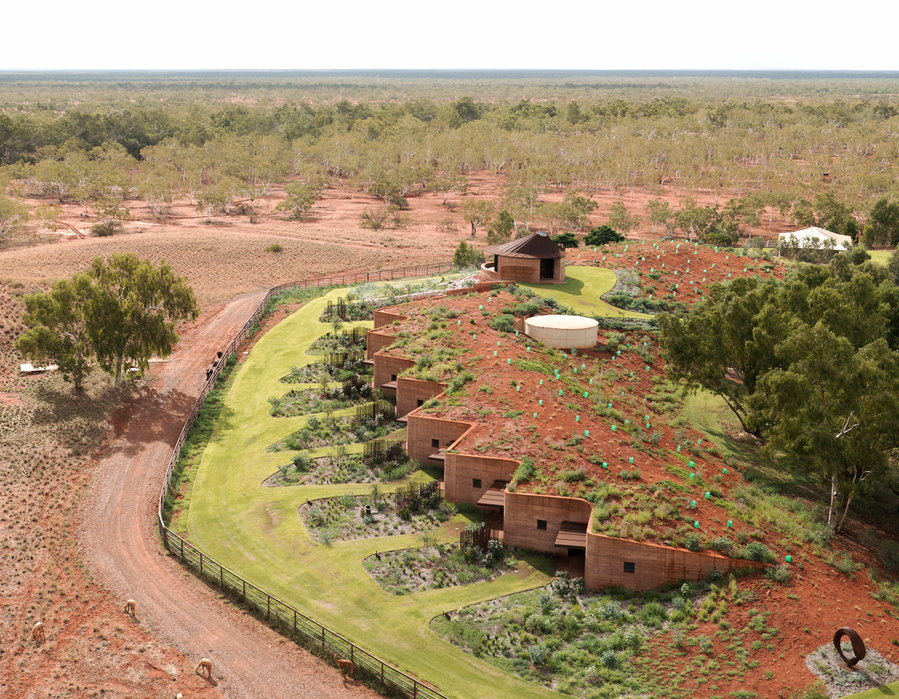 Though it doesn’t have the best thermal performance on its own, combining rammed earth with earth-sheltering is a sustainable technique making use of abundant local resources and reducing or eliminating the need for mechanical heating and cooling systems.