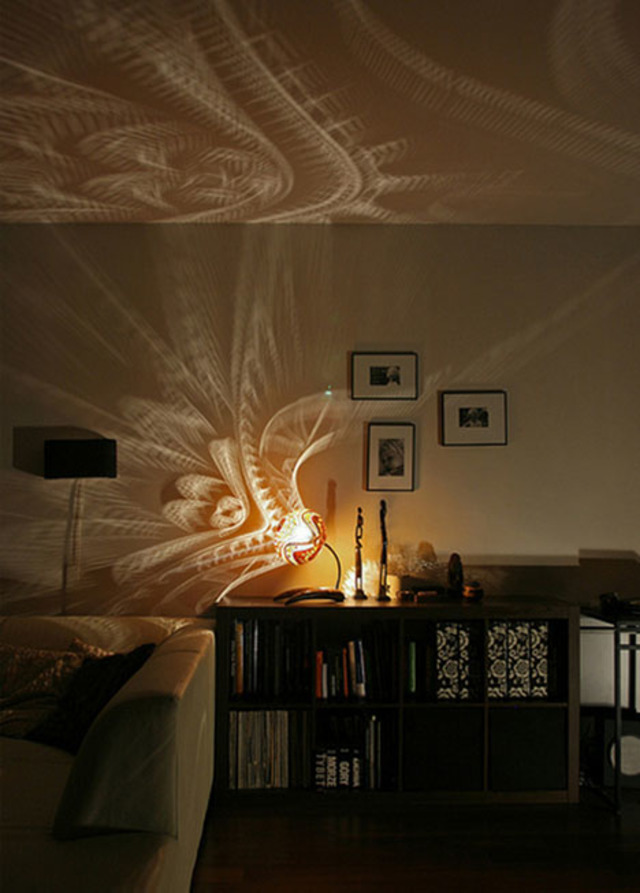 The gourd is a humble object. This fleshy round fruit is often grown for ornamental purposes, since they’re so easy to transform into all sorts of things like bird houses and other crafts. But take them a little more seriously, and you can create intricate works of art using little more than common household tools like drills and knives.

Just take these incredible carved gourd creations, for example. Artful circles, squiggles, braids and stars wind all around these exquisitely carved, drilled and etched gourd shells shipped from Senegal. The elaborate patterns are not just for show, though – they are made to cast spectacular light displays on interior ceilings, walls and floors. 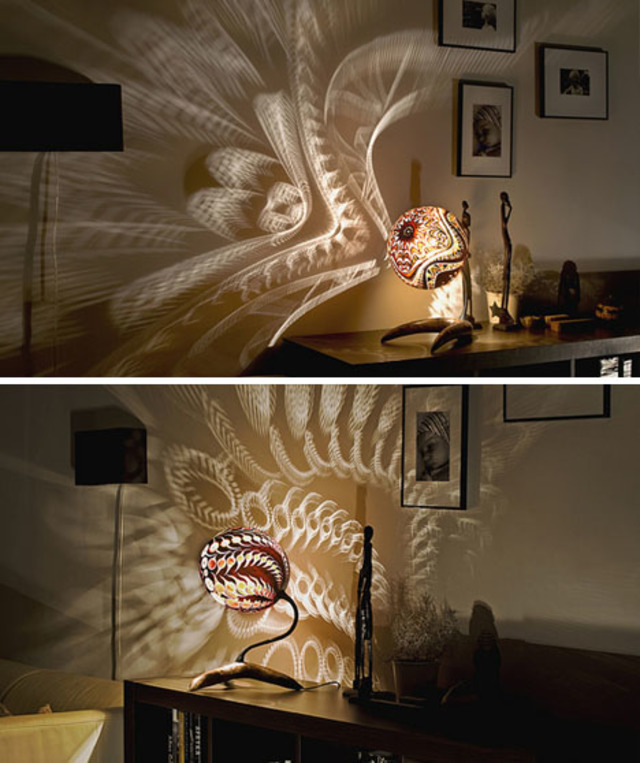 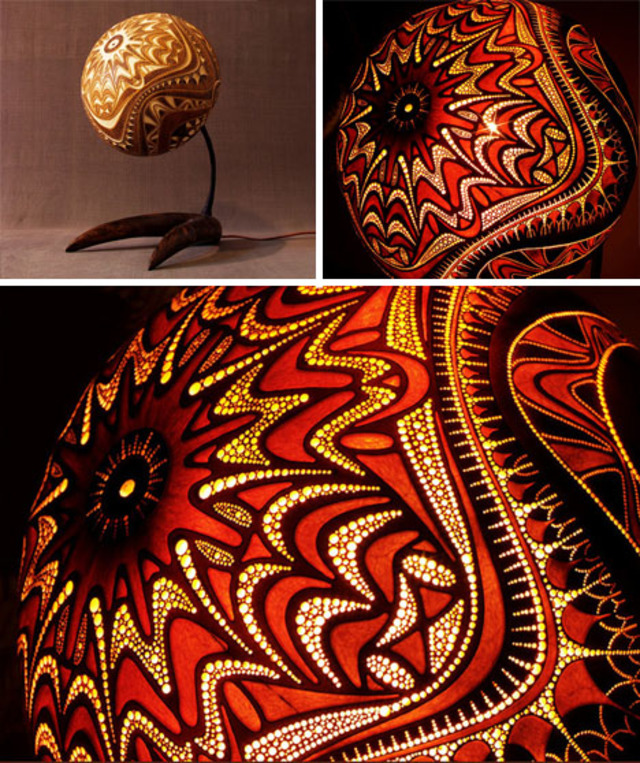 Designed and executed by Calabarte, the gourds feature some small etchings that are intentionally superficial, remaining opaque or translucent, while others are cut deep for full transparency. Each is naturally unique, but so are the shapes scooped out of it by hand (after each shell is hand-selected, emptied and dried). 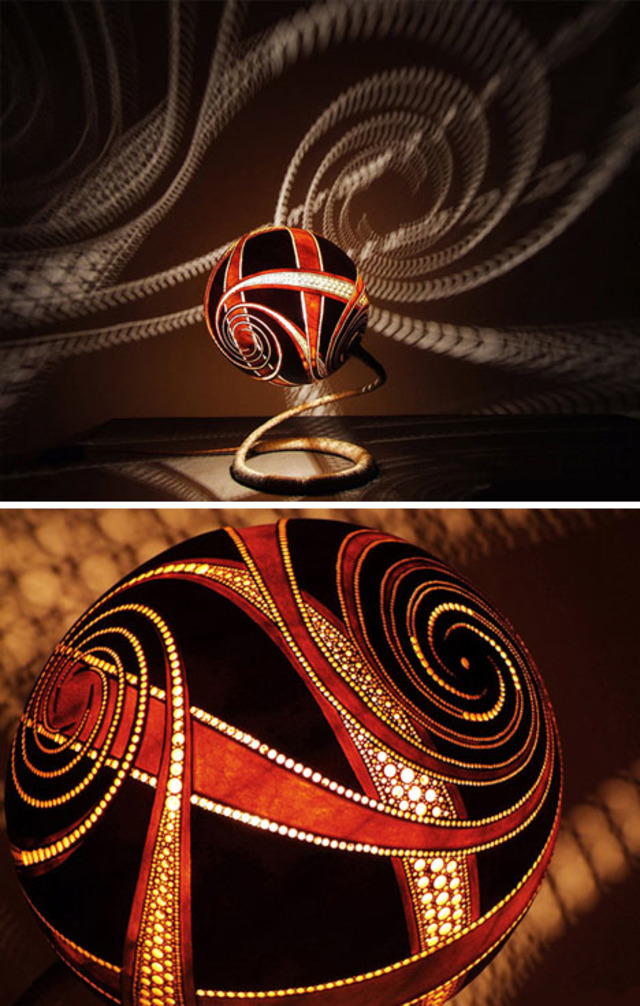 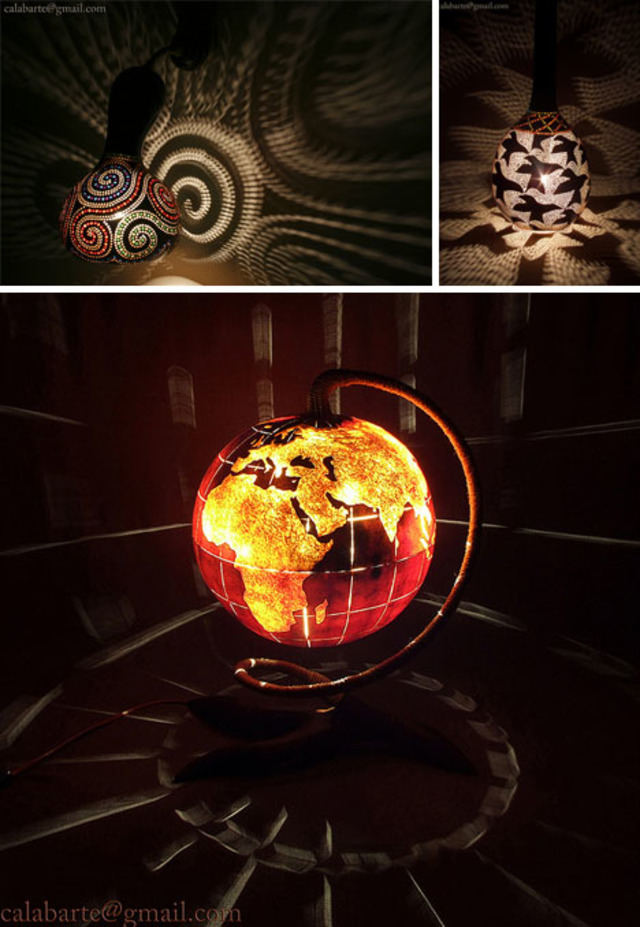 Some of these gourd crafts feature abstract patterns while others form more literal representations (a globe, for example) – many are fractal-like, creating a sort of secondary-but-still-natural layer of visual interest across the surface and in terms of projected light.

Like other plants from Cucurbitaceae family (such as cucumbers, squashes and melons), the shell of a gourd has a long history of adaptive reuse in the form of decoration and ornamentation, on the one hand, and being employed as functional vessels or instruments on the other. 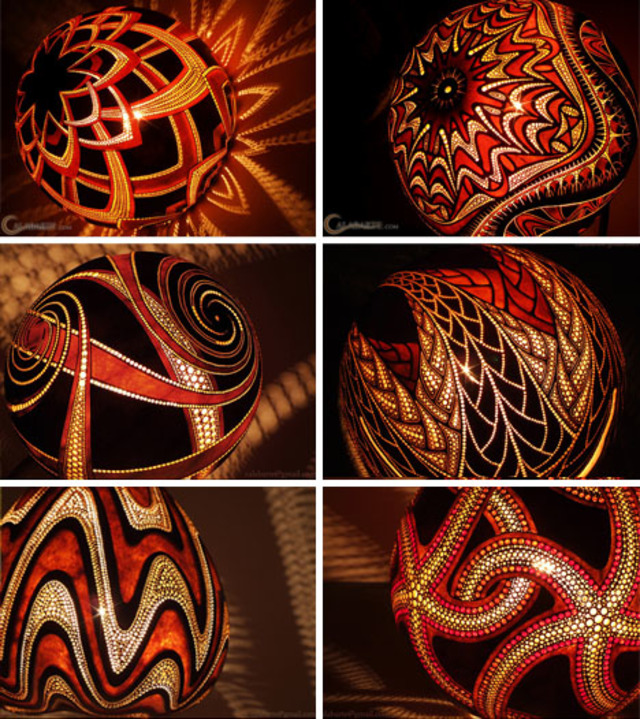 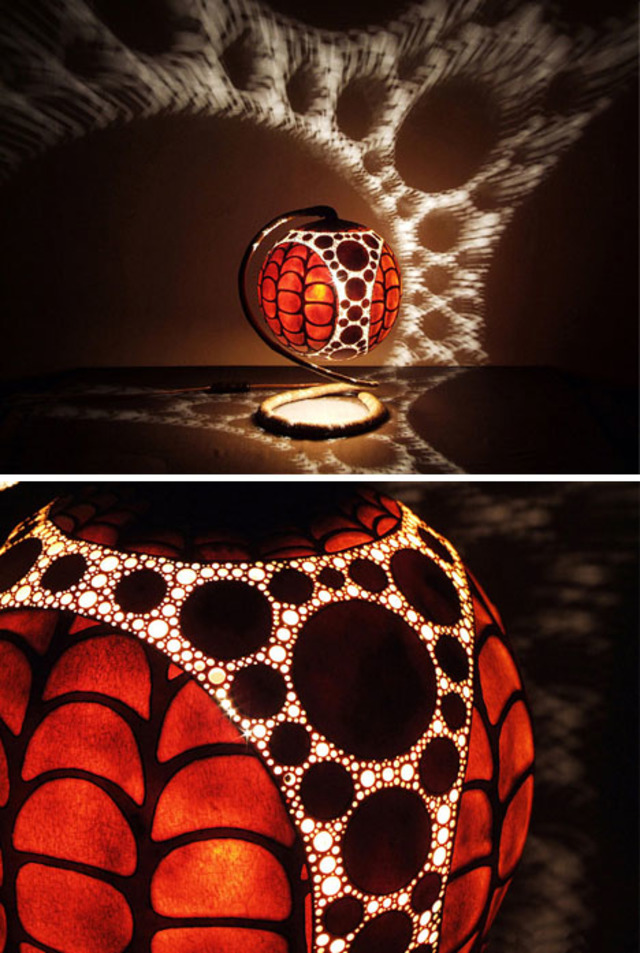 “It all began in 2009, when, for the first time, Przemek Krawczyński (born in 1983) accidently came across the gourd fruit. As soon as he made his first gourd lamp he knew that he wanted to make another. Exploring the play of light, the mesmerizing way in which it can change an ordinary interior into a warm, enchanted landscape, soon became his greatest passion.”

“Luckily, this passion has found a fertile ground to develop upon: artistic inclinations combined with a scientific mind and education backround. After all, Krawczyński studied Civil Engineering and used to work in an architecture studio. His interest in geometry and the works of artist like M.C Escher, as well as pinpoint accuracy proved to be unexpected allies, when turning his artistic visions into reality. However, the desire to devote himself to lamp making finally won in 2010 when he decided to quit his studies and job.”